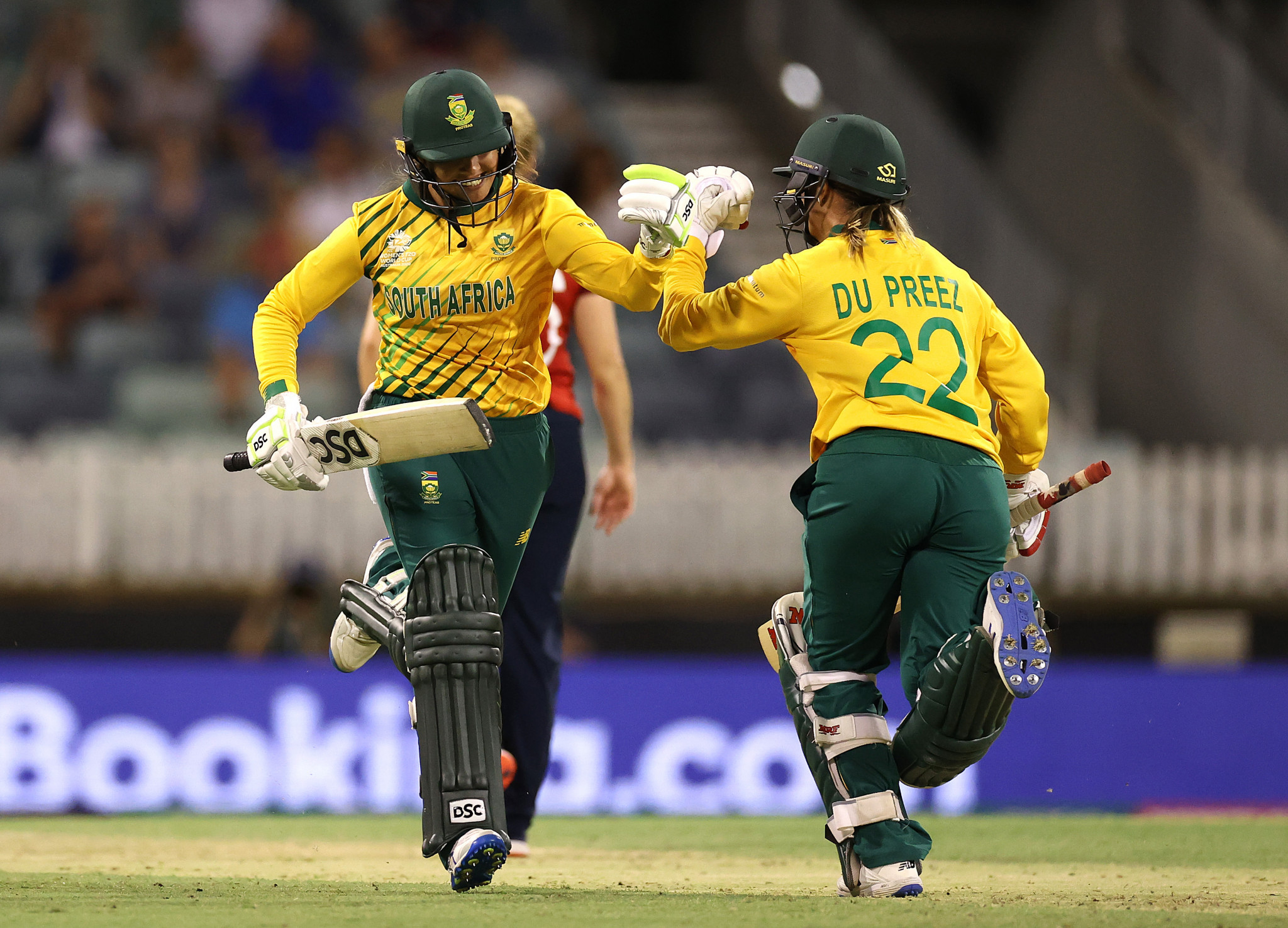 The Proteas performed superbly with the ball and held their nerve in the chase as both sides contested their first match in Group B at the WACA Ground in Perth.

It was only the third South African win against the English in the past 11 T20 internationals between the two sides.

After electing to field, South Africa restricted the world number two team to 123-8 from their 20 overs.

Medium-pacer Ayabonga Khaka was the pick of the bowlers, ending with figures of 3 wickets for 25 runs as her side took regular wickets.

Nat Sciver scored 50 for England but the 2009 winners would have been disappointed with their total.

South African captain Dane van Niekerk scored 46 and Marizanne Kapp 38 in the reply, but when they both fell with the score on 90 it gave England hope.

Nine runs were needed to win from the final over and Mignon du Preez, playing in her 100th T20 international, smashed a six and a four and ended unbeaten on 18.

"We've said we want to do something special and this is just the start."

The result continues a surprising start to the tournament after hosts and holders Australia, the world number one side, lost to India.

They will look to bounce back tomorrow in their second Group A match against Sri Lanka at the WACA.

India will also take on Bangladesh at the same venue.

The top two sides in each group will reach the semi-finals.