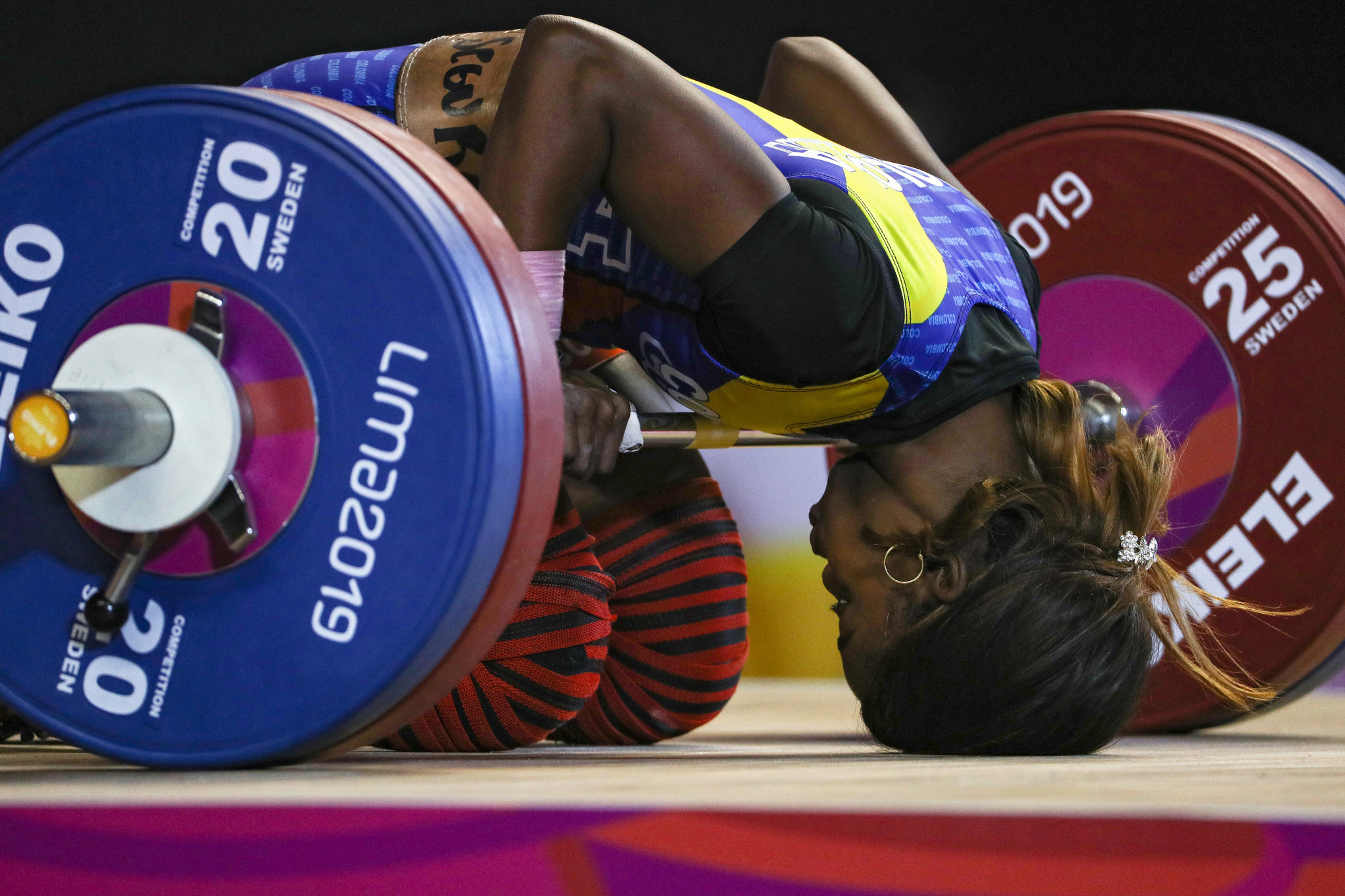 Colombia face the prospect of being banned from participating at Tokyo 2020 weightlifting competitions after three of their athletes were suspended for anti-doping rule violations.

All three athletes provided a positive test for the anabolic steroid boldenone, according to the International Weightlifting Federation (IWF).

Segura finished as the silver medallist in the women’s 49-kilogram event at the Games, having achieved a total of 188kg.

Sinisterra was the runner-up in the women’s 55kg event after lifting 204kg across the snatch and the clean and jerk disciplines.

She also won a silver medal at the World Junior Weightlifting Championships in Suva in Fiji last year.

Panam Sports have confirmed to insidethegames the Lima 2019 medals will not be impacted, with the positive tests having come from samples taken in January.

Medal success has also been achieved by Solis, with the 20-year-old having won bronze in the Pan American Weightlifting Championships last year in the men’s 81kg event.

Solis won an overall silver medal at the World Junior Weightlifting Championships, after lifting a total of 350kg.

He finished one kilogram behind gold medallist Ritvars Suharevs of Latvia.

The Colombian won gold in the clean and jerk event, as well as silver in the snatch.

The positive tests have put Colombia’s participation in Olympic competition at risk.

A rule adopted with the new Olympic qualifying system states that any nation with three or more doping violations during the 18-month qualification period is liable to lose quota places or be banned outright.

The decision is made by an independent panel.

Egypt and Thailand have already been ruled out of the Tokyo 2020 after multiple positive tests.

Under the IWF's anti-doping policy, any nation with three or more positives in a calendar year is liable to a suspension of up to four years.

Additionally, "any or all team officials" can be banned for up to two years.

Romania is also under threat of expulsion after the country had three positives within a calendar year.

The decision is in the hands of the Independent Member Federations Sanctions Panel, a body set up by the IWF to deal with cases such as this.

Five nations - Russia, Kazakhstan, Armenia, Belarus and Azerbaijan - can send only two athletes because they have had 20 or more doping violations since Beijing 2008.

Colombia has won more Olympic medals in weightlifting than in any other sport, all seven of them coming since women's events first became part of the Olympic Games programme in 2000.

insidethegames has contacted the IWF for comment on Colombia's Tokyo 2020 status.