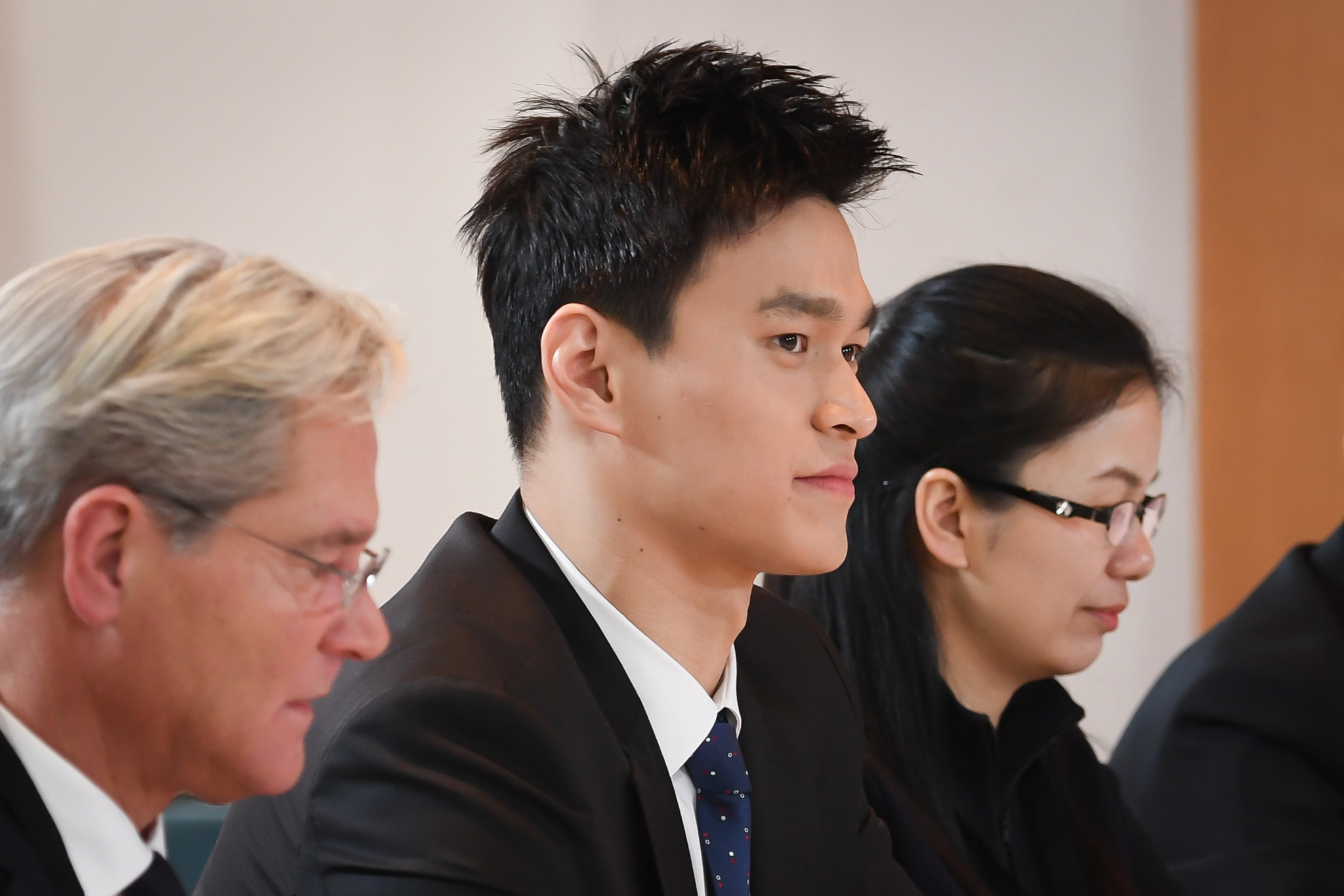 A decision in the high-profile doping case involving controversial Chinese Olympic swimming champion Sun Yang will be announced by the Court of Arbitration for Sport (CAS) tomorrow.

In a statement, the CAS confirmed its verdict would be published at 10am CET.

CAS will rule on whether to accept an appeal from the World Anti-Doping Agency (WADA) against a decision from the International Swimming Federation (FINA) to let the three-time Olympic gold medallist off with a warning.

Sun, who served a three-month suspension in 2014, is facing up to an eight-year ban after one of his entourage smashed his blood vial with a hammer during an attempted drugs test on a September night in 2018, which could cost the 28-year-old his career.

A suspension will almost certainly rule him out of competing at this year's Olympic Games in Tokyo, which open on July 24.

During his hearing, marred by translation issues, Sun protested his innocence and blamed a lack of credentials possessed by doping control officers for the row which led to a security guard destroying the vial.

WADA dispute this and insist the credentials of the doping control officials were in order.

Sun has competed since the incident and won two gold medals at last year's FINA World Championships in Gwangju in South Korea, where he was subjected to protests from swimmers from Australia and Britain.