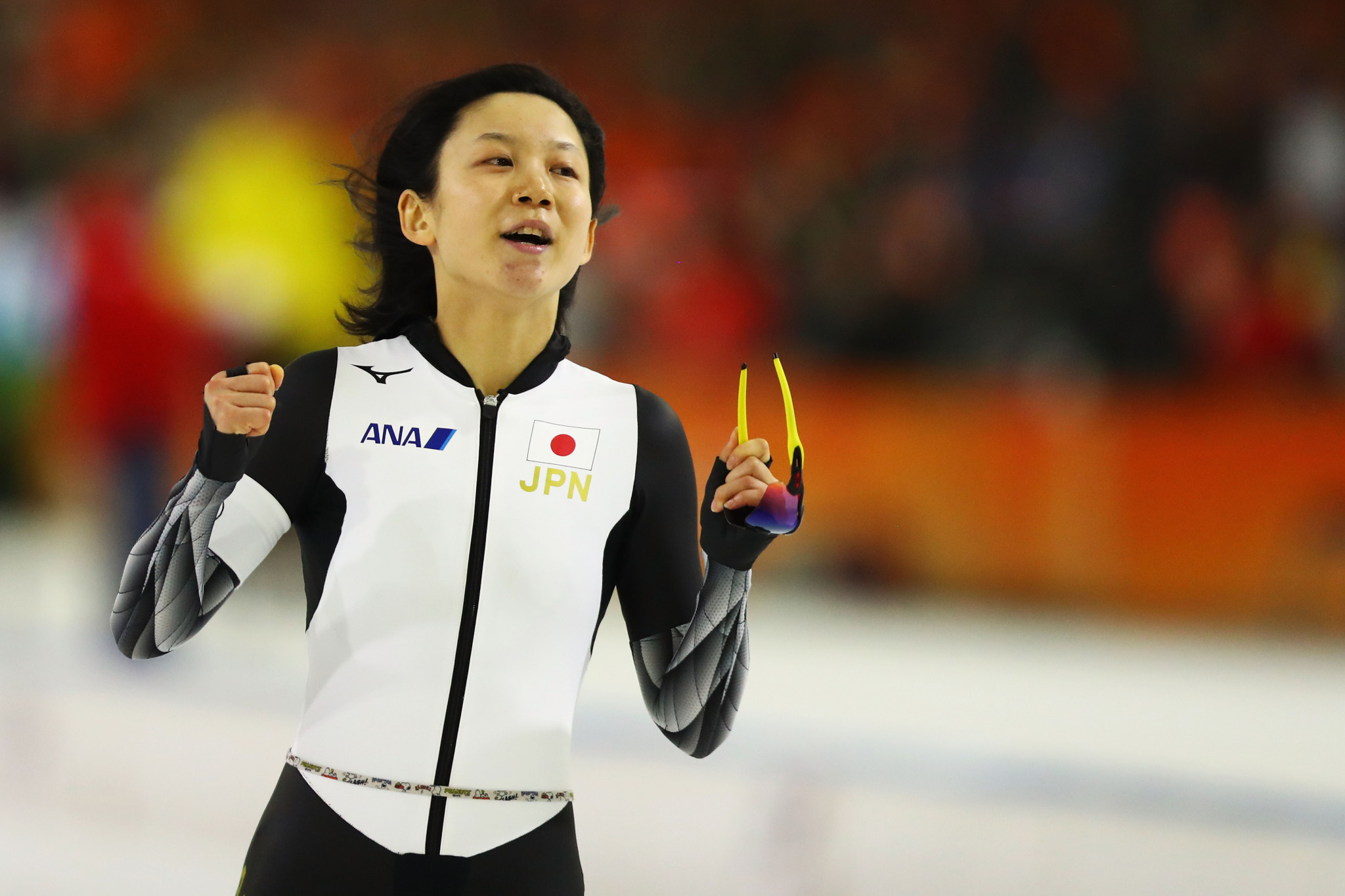 Japan’s Miho Takagi leads the women’s 500 metres event after the opening race of the inaugural combined edition of the World Sprint and World Allround Speed Skating Championships at Hamar.

Both International Skating Union events have previously been held separately, but are being held together for the first time at the Norwegian venue.

The allround event crowns a men's and women's champion based on results over four different distances, with a points system deciding the winners.

In the sprint events, champions are decided after two races over 500m and two over 1,000m.

She achieved a time of 37.51 seconds in the opening heat, 0.02 clear of her compatriot Nao Kodaira.

Austria’s Vanessa Herzog also finished on the same time as Kodaira to complete the top three.

It's a 1-2 for Japan 🇯🇵🇯🇵 in the opening 500m of the Ladies' Sprint tournament! 🙌 Last year's runner-up Miho Takagi (JPN) wins in 37.51 ahead of defending champion Nao Kodaira (JPN) in 37.53. Vanessa Herzog (AUT) 🇦🇹 third in 37.53. #WorldSpeed #SpeedSkating pic.twitter.com/KrSY8NQBjs

A second 500m sprint event will take place tomorrow, where Takagi will hope to preserve her narrow advantage.

Canada’s Laurent Dubreuil heads the men’s 500m standings at the halfway mark of the competition.

The next two skaters in the standings are both from the Netherlands with Jutta Leerdam in second, 0.78sec behind the leader and her compatriot Jorien ter Mors in third, 0.83 behind Takagi.

Meanwhile, in the men's 1000m, Tatsuya Shinhama went one better over the longer distance, setting a track record of 1:08.28 on his way to leading that category.

Joel Dufter of Germany is second 0.37sec behind Shinhama with Yamato Matsui, also of Japan, in third 0.41 behind his fellow countryman.

Competition concludes tomorrow in the sprint event and begins in the allround event for men and women, with races over distances ranging from 500m to 5000m.