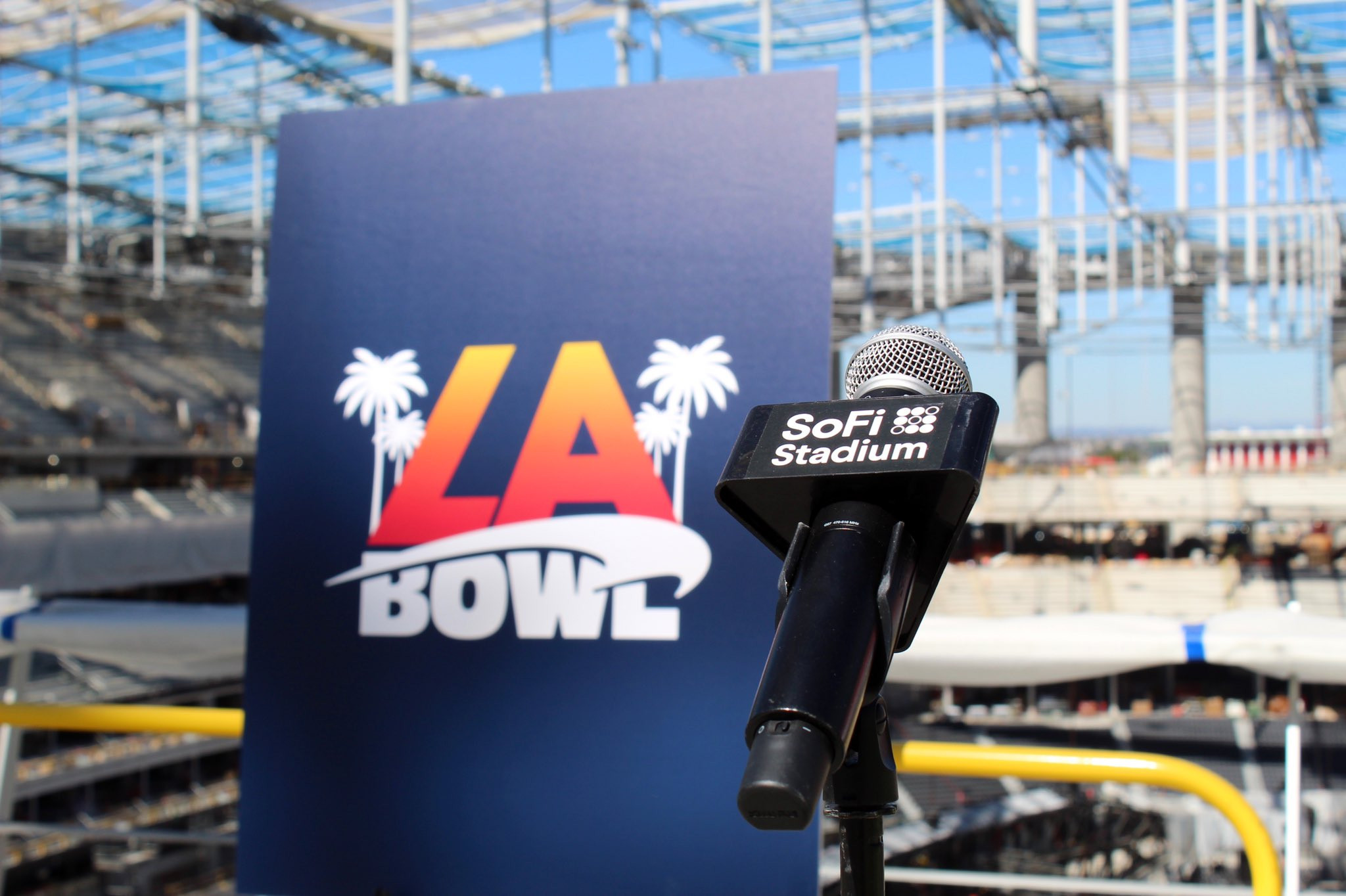 SoFi Stadium, the venue for the Los Angeles 2028 Opening and Closing Ceremonies which is still under construction, will host a new college football bowl game from next season.

The LA Bowl will pit the best team from the Mountain West Conference against the fifth seed from the Pac-12 Conference.

Boise State topped the Mountain West last season, while five Pac-12 sides finished with an in-conference record of four wins and five losses - which of them would have been fifth depends on what tiebreaker is to be used.

The first LA Bowl will be played in December.

"In addition, our bowl game events throughout the week will embrace Los Angeles as the entertainment capital of the world."

Pac-12 commissioner Larry Scott commented: "We are thrilled to partner with LA Bowl and bring a Pac-12 presence to the new state-of-the-art facility at SoFi Stadium, in one of the biggest markets right in our footprint."

His Mountain West counterpart, Craig Thompson, said the LA Bowl would be a "top-flight postseason destination".

"Los Angeles is a tremendous market firmly within our footprint that is home to a large number of our member institutions’ alumni and the area from which many of our student-athletes are recruited," he added.

SoFi Stadium is still under construction but due to open later this year when Taylor Swift performs at the venue on July 25.

Two National Football League teams - the Los Angeles Rams and Los Angeles Chargers - will play their home games at SoFi Stadium, which is being built on the site of the old Hollywood Park racetrack.

Super Bowl LVI is due to be played at the venue next February, while the College Football Playoff National Championship is scheduled to be at SoFi Stadium in January 2023.

One of the most iconic bowl games, the Rose Bowl Game, is played nearby in Pasadena each year.