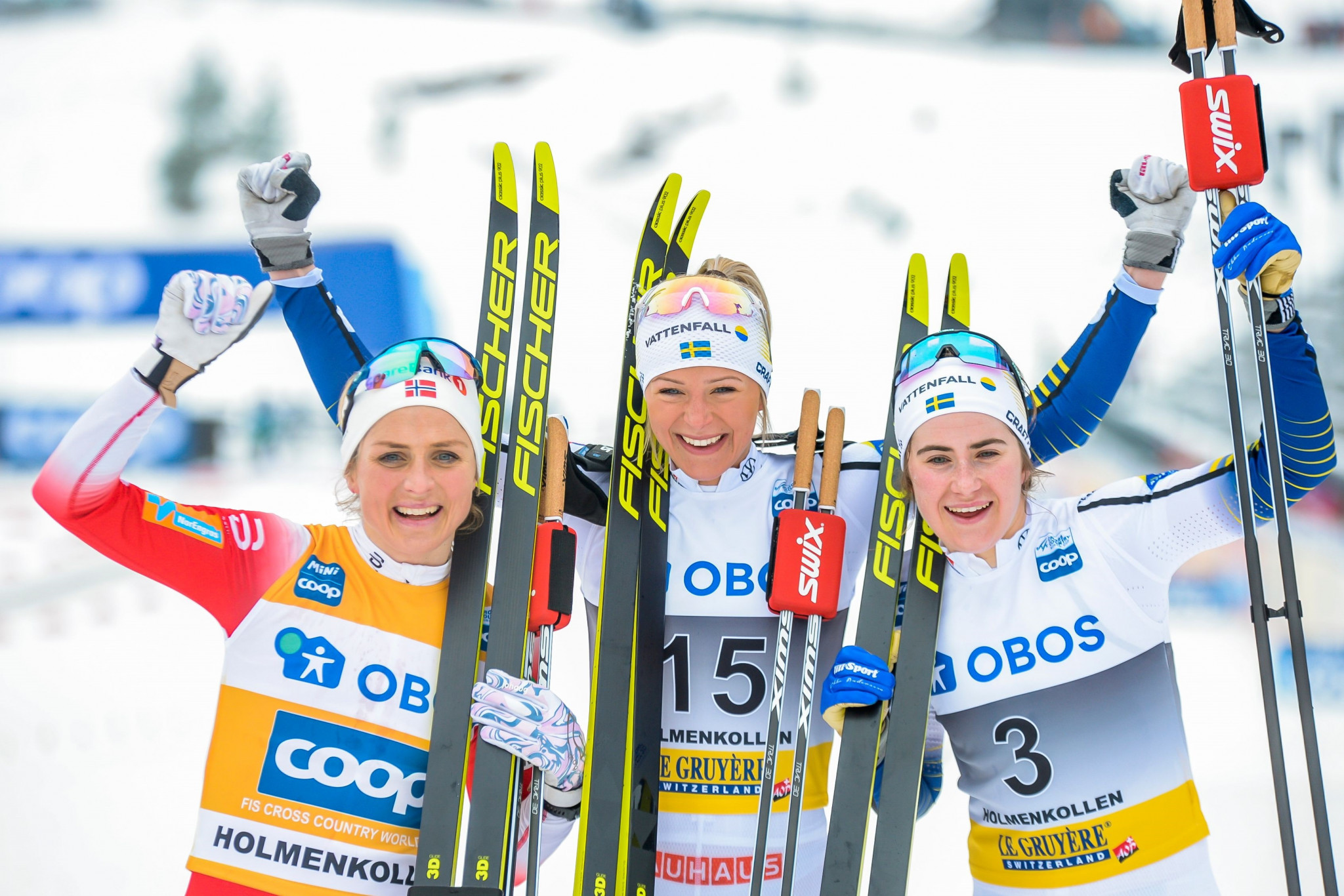 She triumphed by a margin of 1.2 seconds over Johaug, who now has an unassailable 811 point lead at the top of the World Cup standings on 2,508.

Sweden’s Ebba Andersson finished 20.9 seconds off the pace in third.

It concludes a memorable week for her after winning the under-23 10km Classic and 15km Mass Start Freestyle events at the ongoing FIS Nordic Junior and Under-23 Cross-Country World Ski Championships in German town Oberwiesenthal.

Entering the final lap, Karlsson and Andersson were 34 seconds behind Johaug.

You should DEFINITELY watch todays recap of the 30km C.
DEFINITELY.
NOW.#fiscrosscountry pic.twitter.com/KBwH1jgBh2

The gap gradually became smaller until Karlsson – who had set off from Andersson - caught up with Johaug when entering the stadium before heading towards the finish line.

Karlsson ultimately prevailed but only in the final few metres.

The event had to be held on a 6.2km course and as a precaution due to the coronavirus outbreak, local authorities did not allow any spectators into the stadium site.

Norway’s Heidi Weng, who ranked 17th today, is second in the World Cup standings with 1,697 points.

Action in Oslo is due to conclude tomorrow with the men’s 50km Classic Mass Start event.