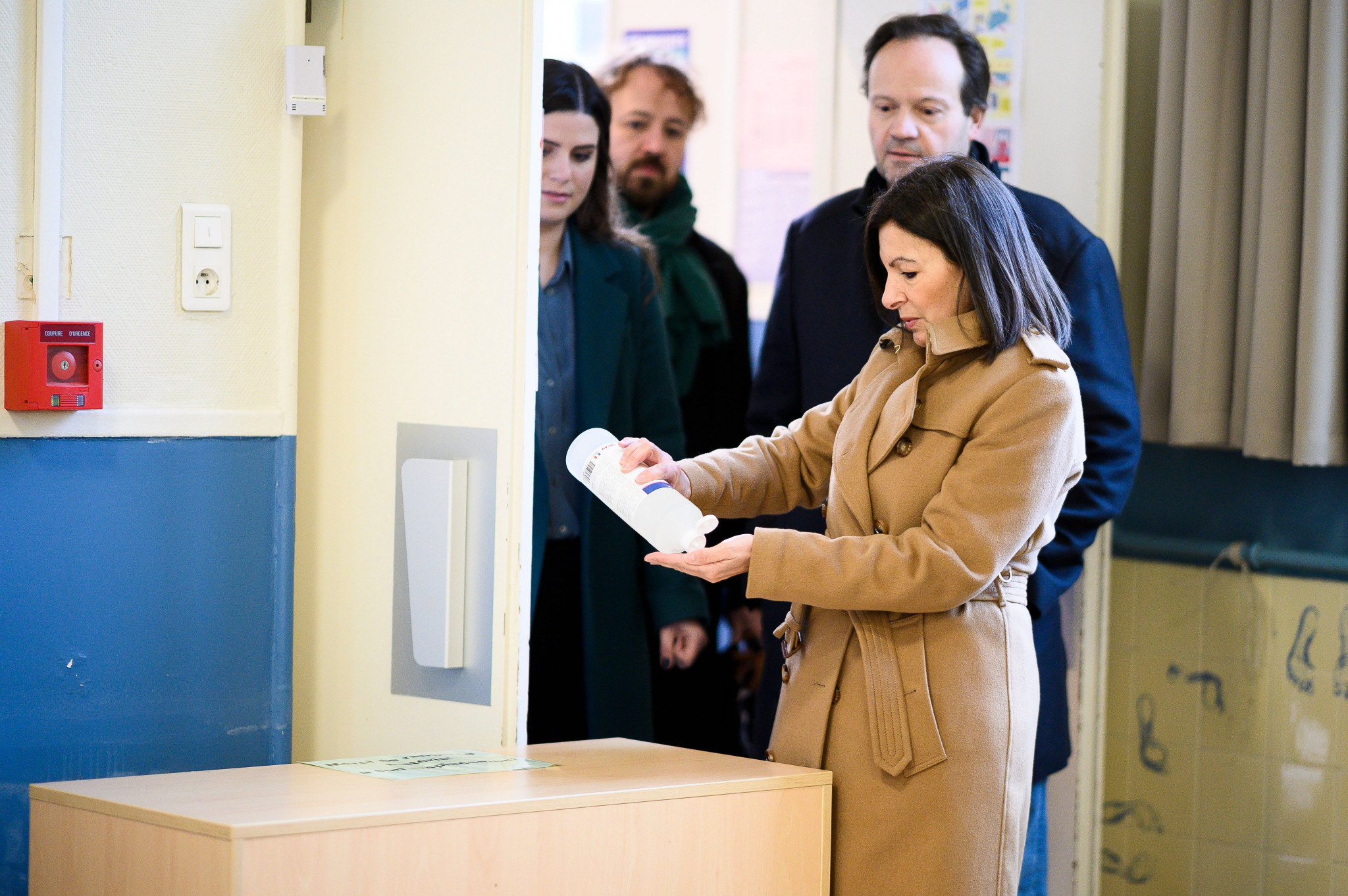 Incumbent Paris Mayor Anne Hidalgo leads with 30 per cent of the vote after the first round of voting in the French capital.

Municipal elections were held across the country, with turnout down almost 20 per cent according to Agence France-Presse.

The figure is estimated to be 45 per cent - a record low - as many questioned the wisdom of going ahead with the elections in the face of the coronavirus crisis.

Schools in France are closed in an effort to curb the spread of COVID-19, along with cafes, restaurants, cinemas and more non-essential businesses.

Voters were asked to stay a metre apart at polling stations.

In Paris, the socialist Hidalgo was eight per cent ahead of Rachida Dati, a former Minister of Justice with close ties to ex-French President Nicolas Sarkozy.

Who wins the election is likely to impact organisers of the 2024 Olympic and Paralympic Games in Paris - especially as they will serve a six-year term encompassing the Games.

Elsewhere in France, green candidates did well and lead in cities including Lyon and Strasbourg, reports France 24.

The second round of polling is scheduled to take place next Sunday (March 22), but could yet be postponed in light of the escalating coronavirus crisis.

To date, 127 people have died as a result of contracting COVID-19 in France and there have been more than 5,400 confirmed cases.