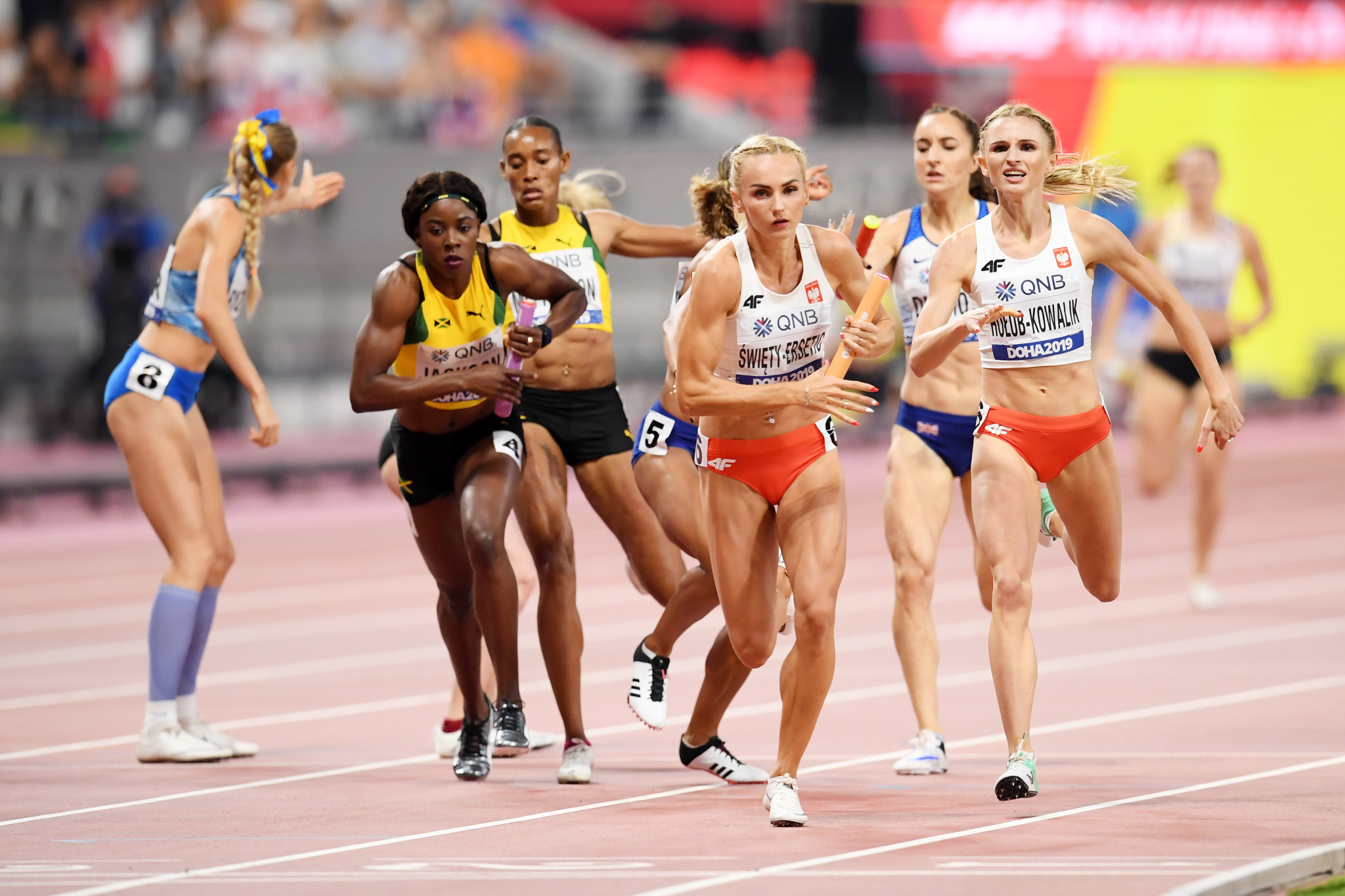 World Athletics and the International Swimming Federation (FINA) have both revealed they are open to rescheduling their respective World Championships in 2021 following the postponement of the Tokyo 2020 Olympic Games.

World Athletics is due to hold its next World Championships in Oregon in the United States from August 6 to 15.

With Tokyo 2020 now postponed due to the ongoing coronavirus crisis, the World Championships may clash with the rescheduled Games.

Subsequently, World Athletics has revealed it may move its flagship event to 2022.

"World Athletics stands ready to work with the International Olympic Committee (IOC) and all sport on an alternative date for the Olympic Games in 2021 and has already been in discussion with the World Athletics Championships Oregon 2021 Organising Committee regarding the possibility of moving the dates of this highly popular worldwide event," a World Athletics statement said.

"They have assured us that they will work with all of their partners and stakeholders to ensure that Oregon is able to host the World Athletics Championships on alternative dates, including dates in 2022."

The governing body also reiterated its support for athletes and announced it is reviewing its Olympic qualification system.

"Athletics will continue to do whatever it can to preserve and create an outdoor season of one-day meetings in 2020, starting and ending later than usual, so athletes, when they are able and it is safe to, will have access to competitions in every region," World Athletics said.

"This will help them benchmark their performances and adjust their training accordingly for an Olympic Games in 2021.

"In light of this announcement, we will also expedite our current review of the Olympic qualification system, in cooperation with the IOC, and release any changes to the process as soon as possible so athletes know where they stand."

FINA is in a similar predicament, with its World Championships due to take place from July 16 to August 1 in the Japanese city of Fukuoka.

"FINA will now work closely with the host Organising Committee of the 2021 FINA World Championships in Fukuoka, with the Japan Swimming Federation and with the Japanese public authorities, in order to determine flexibility around the dates of the competition, if necessary and in agreement with the IOC," it said.

"FINA's main goal is to ensure the success of its showcase event, while considering the importance of athlete wellbeing and maximising opportunities for aquatics stars to compete at the highest level."

The IOC had come under pressure from various quarters to postpone Tokyo 2020, with World Athletics the most high-profile International Federation to do so.

In a letter to IOC President Thomas Bach, seen by insidethegames, World Athletics President Sebastian Coe said Tokyo 2020 taking place as originally planned in July and August was "neither feasible nor desirable" amid growing international concern over the pandemic.

Earlier today, Japanese Prime Minister Shinzō Abe and Bach agreed to postpone the Games until no later than the summer of 2021.

It marks the first time ever that the quadrennial sporting event has been postponed, though it was cancelled altogether in 1916, 1940 and 1944 during the two World Wars.

The Olympic Flame will remain in Japan and the name Tokyo 2020 will be used regardless of when the Games take place.