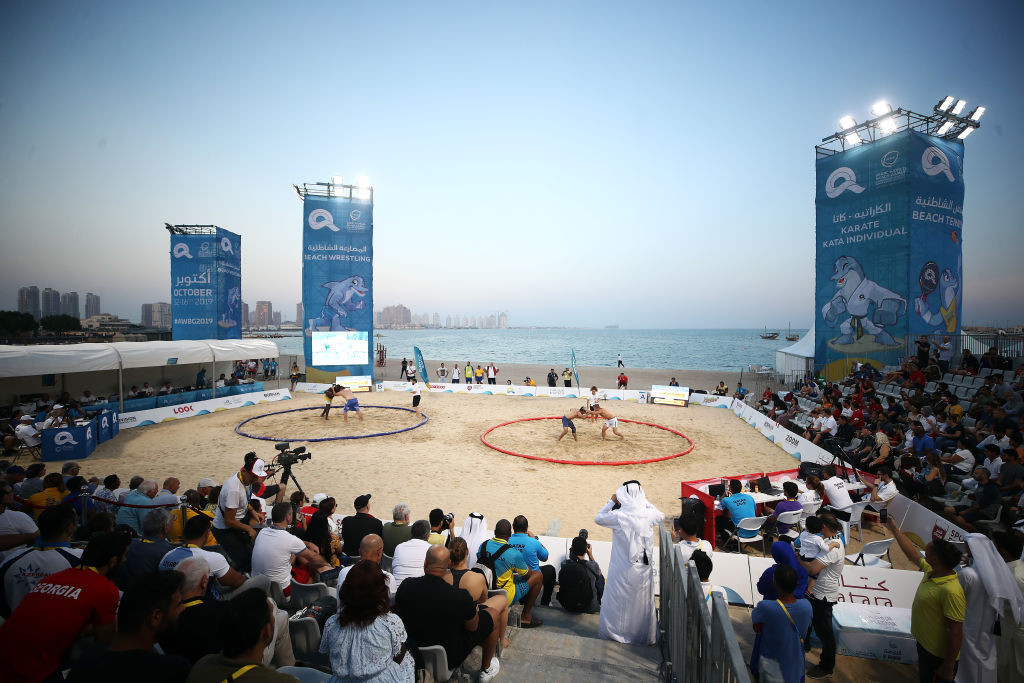 Next year's Association of National Olympic Committees (ANOC) World Beach Games has been postponed until 2023 because of the coronavirus pandemic, insidethegames can reveal.

ANOC said its Executive Council had decided not to stage the event as planned next year "to alleviate pressure on the National Olympic Committees (NOCs) and ensure they can focus on preparing their athletes for the rescheduled Tokyo 2020 Olympic Games and Beijing 2022 Winter Olympic Games".

The bidding process for the event, which had been opened alongside the 2023 edition in January, has also been pushed back to 2021.

insidethegames understands the result of the Executive Council vote on next year's multi-sport competition was circulated this morning.

Members of the Executive Council from the Americas will be hoping the 2023 event does not clash with the Pan American Games in Santiago, due to run from October 20 to November 5.

The 2023 World Beach Games will effectively replace the 2021 edition, and the postponement could prompt the umbrella body to look at staging the event on a quadrennial basis instead of every two years.

The inaugural Games were held in Doha, which stepped in to host after the event was relocated from San Diego because local organisers were unable to raise the necessary money to fund it, in October 2019.

It had been widely expected that there would not be an ANOC World Beach Games in 2021 after the Tokyo 2020 Olympics were postponed by a year in response to the COVID-19 crisis.

"ANOC created the ANOC World Beach Games specifically for the benefit of the NOCs and their athletes, allowing NOCs to connect with a new generation of athletes and fans," said ANOC Acting President Robin Mitchell.

"Therefore, we have a responsibility to ensure that we continue to listen to our NOCs and deliver an event that is in their best interests.

"With Tokyo 2020 now scheduled for next year and then Beijing 2022 taking place just over six months later, the ANOC Executive Council has decided it would put too much pressure on NOCs to host the ANOC World Beach Games between the two Olympic Games.

"Of course, the ANOC World Beach Games involves different athletes and different sports from the Olympic Games, but ultimately it is the same NOCs who have to prepare the teams.

"By delaying the Games, we will reduce the workload of NOCs next year and ensure optimum preparation time for them to send their very best athletes in 2023.

"We will continue to remain flexible and adapt to the circumstances to ensure the long-term sustainable success of the ANOC World Beach Games."

The postponement of Tokyo 2020 has caused a domino effect for world sport, and has forced International Federations and other governing bodies to reschedule major events.

The World Beach Games becomes the latest event to be moved after the Olympics were delayed until July 23 to August 8 in response to escalating concerns over the spread of the COVID-19 virus.