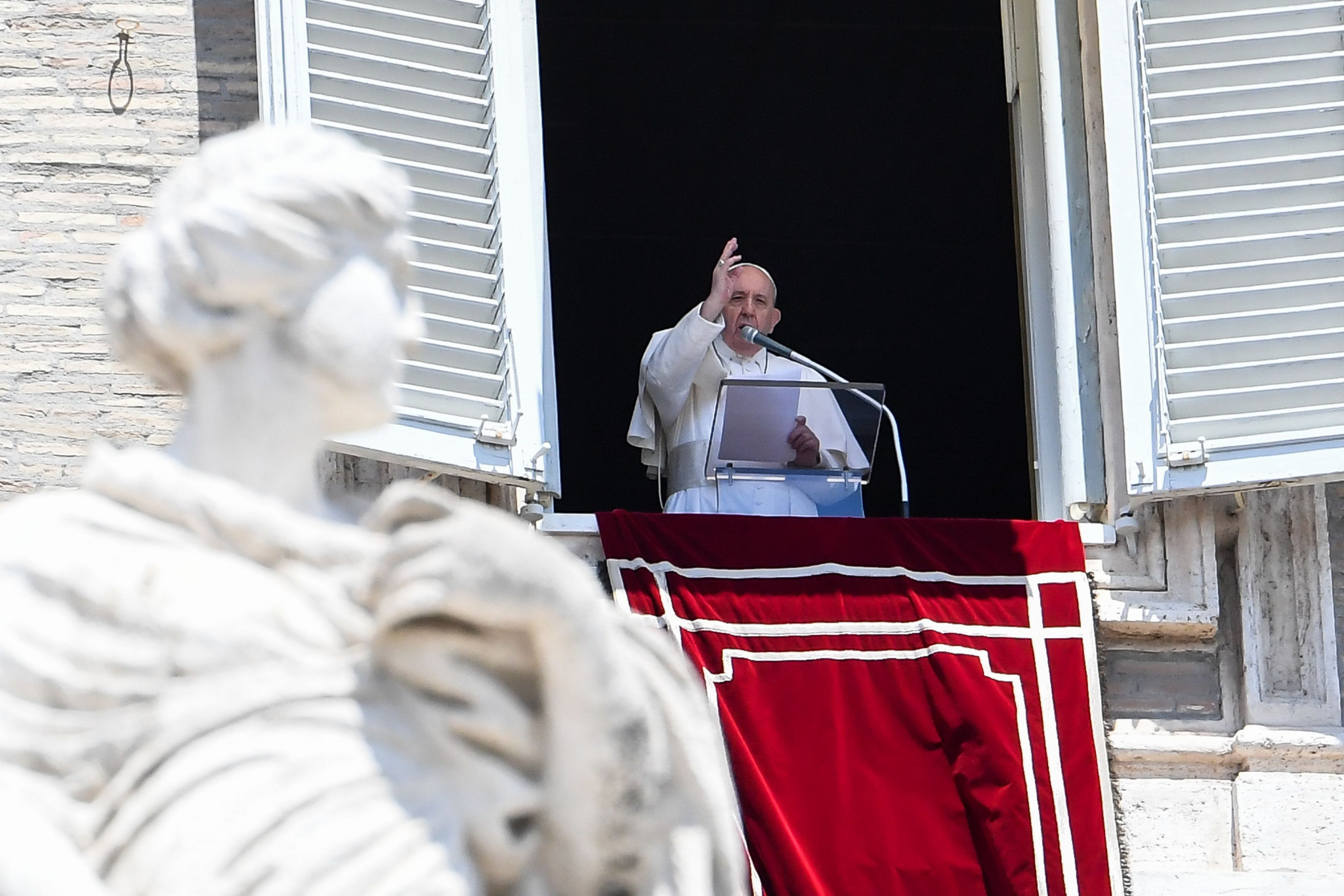 Pope Francis and sporting stars have teamed up to raise money in an auction for hospitals hardest hit by the coronavirus pandemic.

The auction titled "We Run Together" has been arranged by Vatican Athletics in collaboration with several other Italian organisations, according to the Catholic News Agency.

A custom Specialized bicycle given by Sagan to Pope Francis in 2018 features in the auction and currently has the highest bid of the items.

A signed shirt from Totti’s final match at Roma and a captain’s armband from a previous game also feature, while racing boots signed by Goggia are being auctioned.

A shirt worn by Italian Zanardi at the Rio 2016 Paralympic Games is also among the items.

Memorabilia is raising funds for hospitals in Brescia and Bergamo, with the cities in the Lombardy region having been most impacted by the coronavirus pandemic in Italy.

All participants in the auction will be entered into a draw to win a Vatican Athletics shirt, which has been signed by Pope Francis.

"Tomorrow you can’t run with your legs, but you can run with your heart," Pope Francis said when meeting organisers, according to the Catholic News Agency.

"All proceeds will be donated to the health personnel of the Pope John XXIII hospital in Bergamo and to the Poliambulanza Foundation in Brescia, both symbols of the fight against the pandemic that has hit the whole planet.

"It is an initiative to help and thank doctors, nurses and hospital staff.

"They are all living their profession as a vocation, heroically, putting their own lives at risk to save others."

Italy has had a total of 235,278 cases since the coronavirus pandemic began, with the country recording more than 33,000 deaths.

Only the United States, the United Kingdom and Brazil have confirmed more deaths than Italy.

However, the number of daily cases has been reduced in Italy, with 280 reported yesterday.