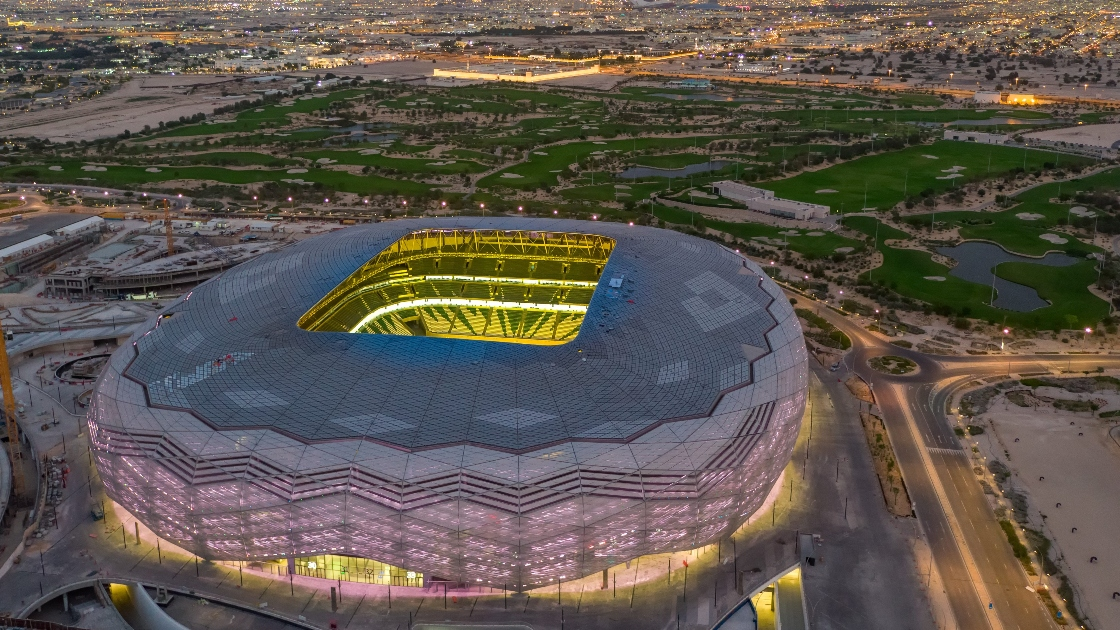 Qatar 2022 has confirmed the completion of the Education City Stadium, the third tournament venue for the next edition of the FIFA World Cup to be ready.

The 40,000 venue is scheduled to host to matches up to the quarter-final stage of the tournament in two-years time.

The stadium is based in the Al Rayyan region of Doha, which organisers say forms part of the Education City’s education, research and innovation hub.

Following the tournament the venue will be reduced by half, with 20,000 seats donated to help build stadiums in developing countries.

"The eyes of the world will be on this stadium when it hosts matches as the World Cup comes to Qatar and the region in 2022, but its value will extend far beyond the tournament," said Sheikha Hind bint Hamad Al Thani, vice-chair and chief executive of the Qatar Foundation.

"The stadium’s place at the heart of Qatar Foundation’s vibrant, open community will make it an enduring focal point and a hub of activity, social interaction, and knowledge.

"It will continue to bring people together long after the World Cup, encourage them to embrace sport and healthy living, and - as one of the world’s most sustainable sporting venues - promote the importance of making sustainability a key element of our lifestyles.

"This is a stadium to experience, enjoy, learn from, and be inspired by, with a lifespan that will stretch across generations.

"We are delighted and proud that it stands within our community at Qatar Foundation and congratulate all involved in bringing the vision of this stadium to magnificent reality."

Completion of the venue will be marked today, with special hour-long programmes set to be broadcast in Arabic and English on beIN Sports.

The show will include the official unveiling of the stadium, with the English version feature special guests who debate the future of sport in a post-pandemic world.

The stadium is the third to be completed prior to the tournament, following the upgrade to the Khalifa International stadium and the new 40,000-seat Al Janoub Stadium.

Five further stadiums are set to be completed prior to the tournament in the Gulf nation.

The Education City Stadium had initially been due to host matches at last year’s FIFA Club World Cup, but games were switched to the Khalifa International Stadium after the opening of the venue was pushed to 2020.

"The completion of the third tournament-ready venue is a proud moment for the Supreme Committee, Qatar Foundation and the entire country," Hassan Al Thawadi, Qatar 2022 chairman, said.

"We remain on track to deliver the first FIFA World Cup in the Middle East and Arab world - and hope to unveil two more stadiums by the end of the year.

"While the world continues to battle COVID-19, we hope news of the stadium’s completion shows there is light at the end of the tunnel.

"We will soon return to something approaching normality - including football matches in packed stadiums.

"The first World Cup in our region - and only the second in Asia - was already incredibly symbolic.

"However, due to COVID-19, I believe our tournament has taken on added importance.

"It can be football that brings everyone together after COVID-19 and Qatar looks forward to brighter times and uniting the world at this very venue in 2022."

Completion of the stadium comes days after Amnesty International reported 100 workers at Al Bayt Stadium, which is due to host a World Cup semi-final, were awaiting up to seven months of pay.

Amnesty said it raised the issue with Qatari authorities, FIFA and Qatar 2022, which led to some employees beginning to receive part of what they were owed.

FIFA has reportedly said it is working with its partners in Qatar to ensure that outstanding salaries are paid.

Qatar Meta Coats, which is in charge of the Al Bayt Stadium project, reportedly told Amnesty that payment delays were due to financial difficulties which is is trying to resolve.

Qatar 2022 has repeatedly faced criticism for its treatment of workers at stadium construction sites.