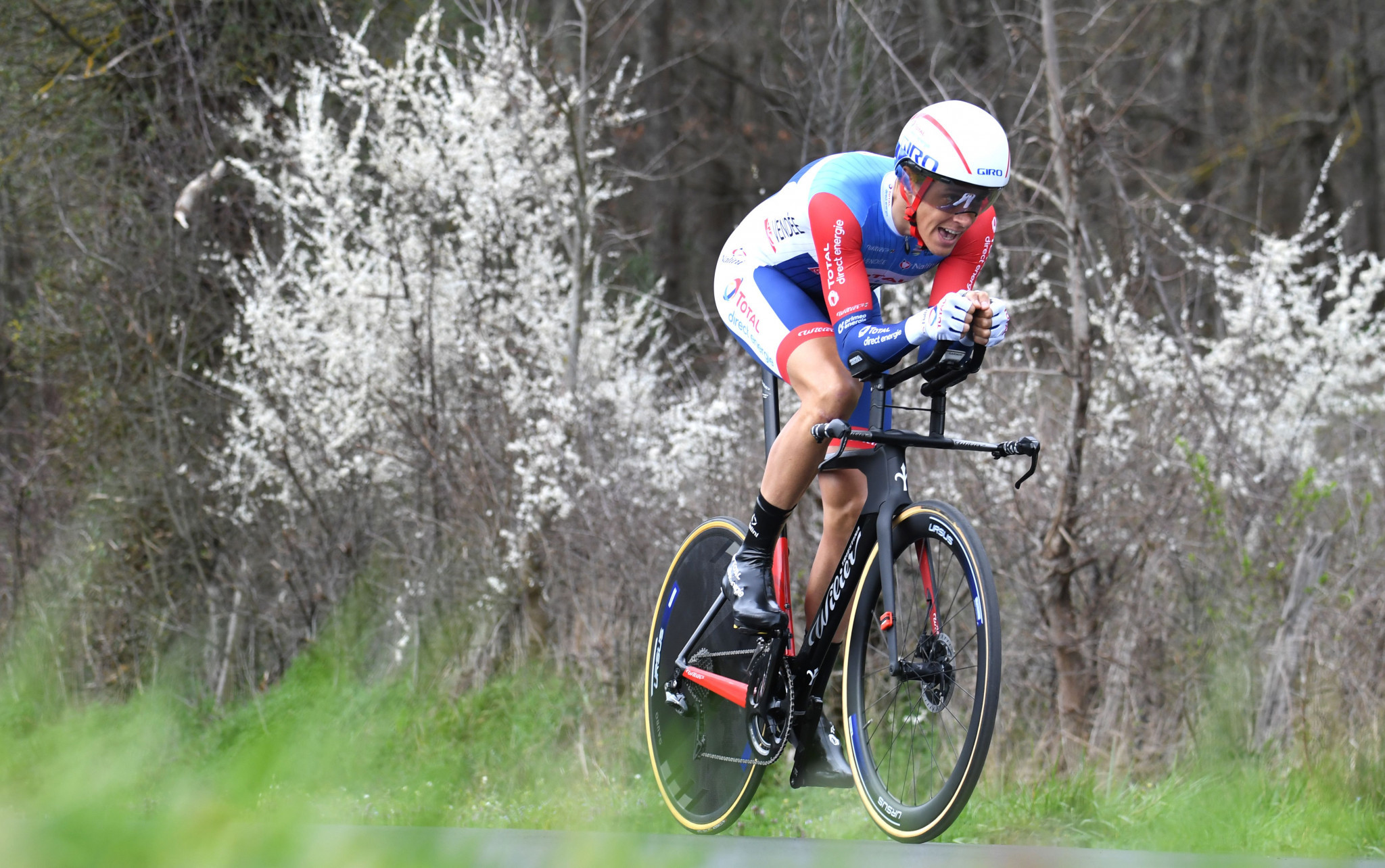 Dutch cyclist Niki Terpstra is recovering in hospital after sustaining serious injuries in a training crash, which Total Direct Énergie expects will see him ruled out of action for three months.

Terpstra crashed after hitting a rock, with the 36-year-old transported to hospital by helicopter.

He was reported to have suffered a collapsed lung and concussion, as well as fractured ribs and a collarbone fracture.

"His heavy fall made him lose consciousness.

"He suffers from a head trauma, a broken collarbone and a back contusion.

"For this type of significant trauma, the period of unavailability is 10 to 12 weeks."

Long added that the team expected Terpstra would be able to return home in two or three days.

Terpstra’s wife Romana wrote on Instagram that he has now been moved from intensive care to a regular ward in the hospital.

"He is in a lot of pain but fortunately this is controlled as much as possible with medication," she wrote.

"Most importantly, it now seems that there is no further serious damage.

"Not that a broken collarbone, broken ribs and a collapsed lung are not strong enough but it could have ended much more seriously.

"For the time being, he still has to stay in the hospital to mainly rest, heal and recover.

"He is strong so I am confident that he will succeed 100 per cent again.

"Thanks again to everyone who has thought of us in any way."

Terpstra has enjoyed several notable victories in his career, including winning Paris-Roubaix back in 2014.

He also won the Tour of Flanders in 2018, but saw his title defence end in a crash last year where he sustained a concussion.