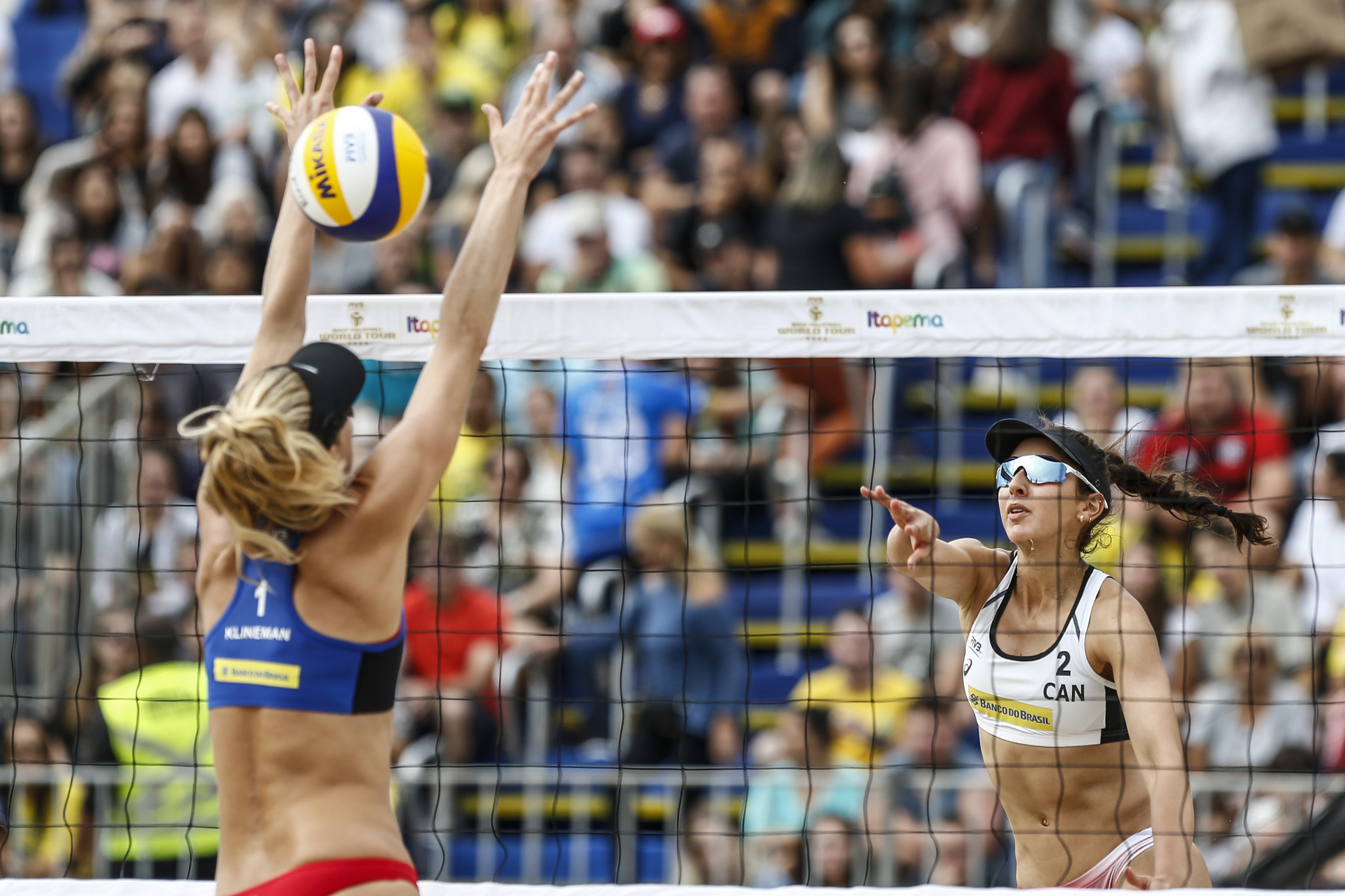 The International Volleyball Federation (FIVB) has confirmed that four FIVB World Tour events are scheduled to take place later in the summer after the COVID-19 pandemic halted activity.

The one-star and two-star events are scheduled to take place in Ljubljana in Slovenia, Montpellier in France, Klaipeda in Lithuania and Larnaka in Cyprus.

This decision was made after close consultation with public health authorities and the local event organisers and will involve health measures that will remain implemented if safe to do so.

Play will resume on July 30 when the one-star event in the Slovenian capital takes place until August 2 with the European Volleyball Confederation (CEV) publishing event regulations for the competitions today.

Next will be the men's one-star event in Montpellier and the women's two-star event in Klaipeda, scheduled for August 25 to 29 and August 27 to 30 respectively.

Klaipeda's competition will also mark the first time an FIVB World Tour event has been hosted on Lithuanian soil.

Finally, Larnaka is set to host a two-star event from September 18 to 20 to finish the season, having originally been scheduled for July.

There will be continuous reviews of the host cities with updates of how the pandemic could affect the competitions.

Events that were due to take place in Ios in Greece, Bettystown in Ireland, Vaduz in Liechtenstein and Sønderborg in Denmark have all been cancelled due to the ongoing social and travel restrictions put in place by the respective Governments.

Further announcements on the status of the FIVB ranking system will also be made in the coming weeks.

FIVB had previously announced that a top tier, five-star Beach World Tour event will not take place until at least October.