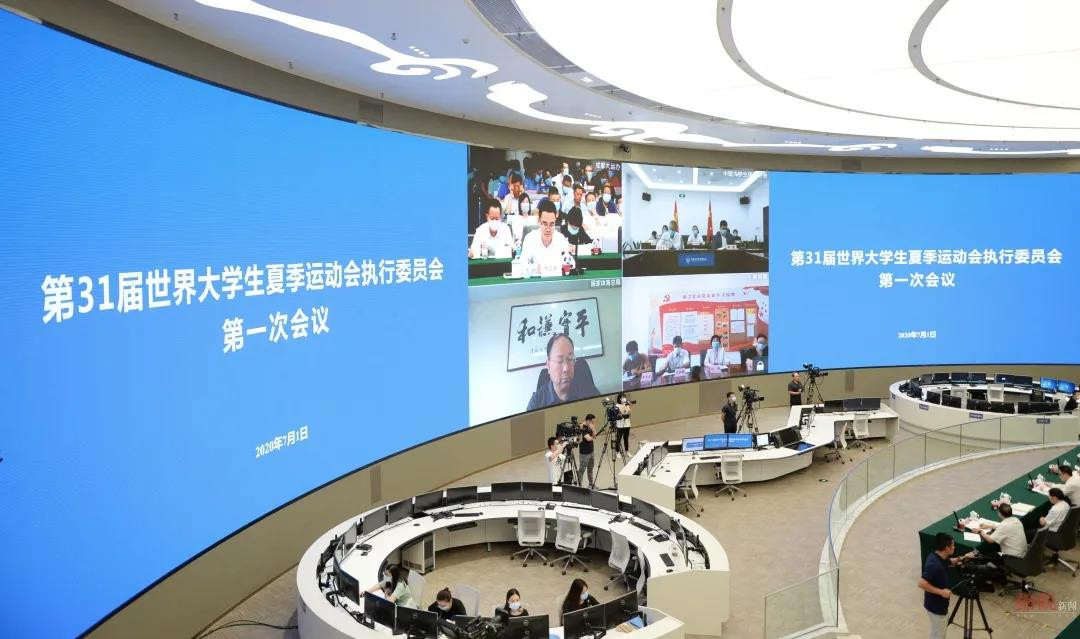 The Executive Committee for the Chengdu 2021 Summer World University Games has met for the first time since its formation last month.

Along with the newly-formed Executive Committee, the meeting was attended by representatives from the Ministry of Education, General Administration of Sport of China, Federation of University Sport of China and Chengdu Municipal People's Government.

It was held by video conference due to the coronavirus pandemic, which originated in China.

Despite the outbreak in the country, the Executive Committee reported preparations for Chengdu 2021 were on track.

Construction of 13 new venues has been finished, while the renovation work on 36 existing venues is well underway.

The competition schedule has been finalised, while efforts for venue operation planning, sports equipment preparation, services for technical officials and doping control initiatives are advancing.

Events are also being planned for August 18, when a one-year countdown ceremony is set to be held.

The Executive Committee also discussed future plans, with venue construction due to be accelerated to ensure the completion of all new-build and renovation projects by the end of April 2021.

Organisers plan to send out invitations and open up the accreditation system to all delegations by August 18.

At venue operation centres, teams will be assembled and trained.

Efforts will also be made to strengthen services such as medical, security, catering, transport, foreign liaison, accreditation, logistics, human resources and volunteer services.

China is set to host the Summer University Games for the third time next year, 10 years on from the last time it held the event in Shenzhen.

It first held the competition in Beijing in 2001.

More than 10,000 athletes are expected to compete at Chengdu 2021 across 18 sport disciplines, including rowing, shooting and wushu.

The event has changed dates twice, with competition now scheduled for August 18 to 29 in 2021.