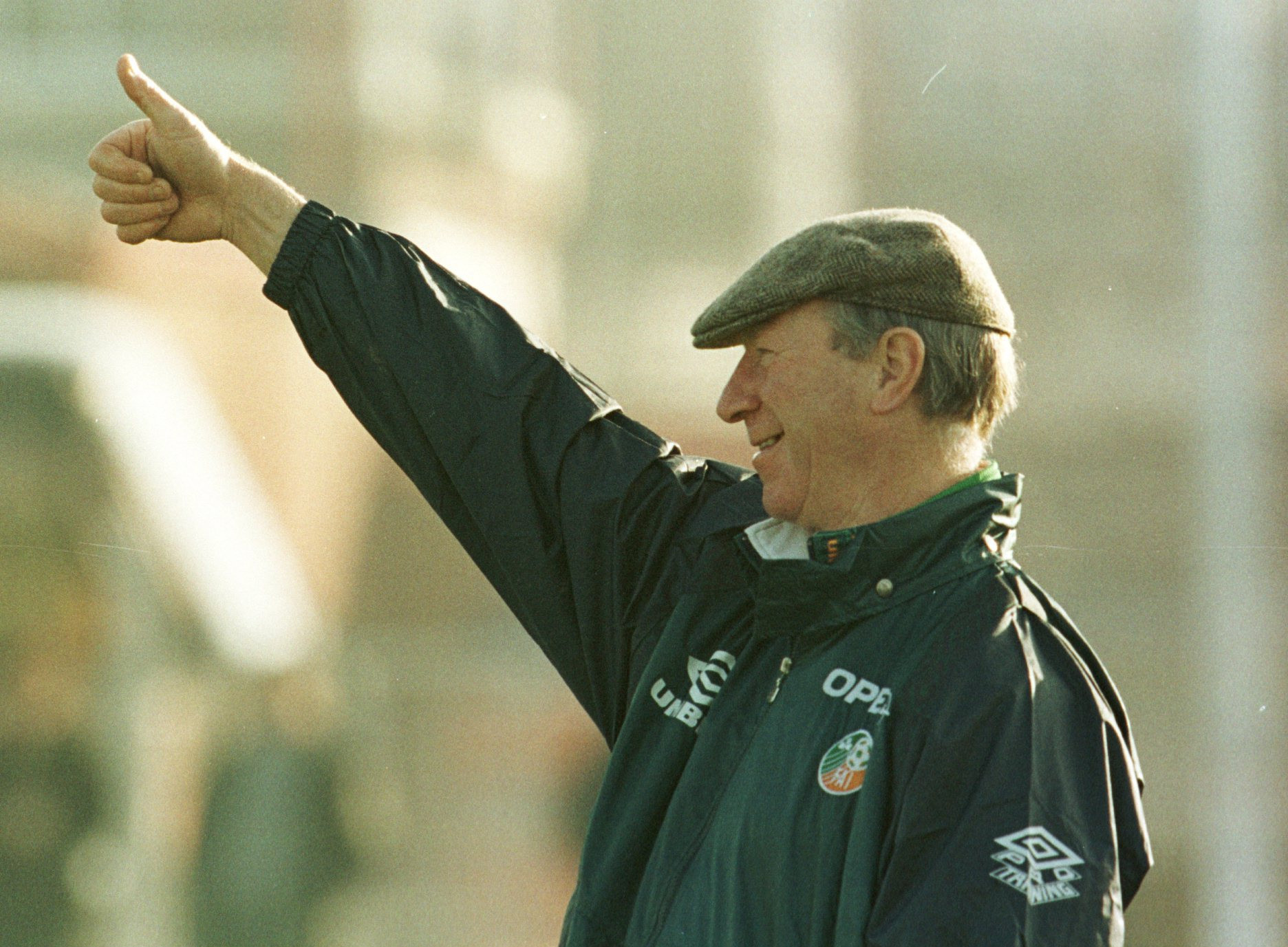 The passing of Jack Charlton has severed another link with the only England team to win football’s World Cup.

Jack and younger brother Bobby played in every match in 1966.

A family statement said: "Jack died peacefully yesterday at the age of 85.

"He was at home in Northumberland, with his family by his side.

"As well as a friend to many, he was a much-adored husband, father, grandfather and great-grandfather.

"We cannot express how proud we are of the extraordinary life he led and the pleasure he brought to so many people in different countries and from all walks of life.

"He was a thoroughly honest, kind, funny and genuine man who always had time for people."

Although known throughout football as "Big Jack", he was christened John Charlton and was a son of Ashington, a football mad town in the North East of England.

Through his mother Cissie, he was a second cousin of Jackie Milburn, a revered Newcastle and England star of the 1940s and 1950s.

Charlton once told the Newcastle Chronicle newspaper: "Jackie was our famous uncle. Me and our kid [Bobby] would watch him every other Saturday at St James' Park.

He made a club record 773 appearances for the club in a career which lasted over 20 years.

It was a time when Leeds were a powerful force in both English and European football under manager Don Revie.

A centre-half, his height gave him an attacking dimension at corners.

He scored 96 goals in his club career.

In 1967 he was named Footballer of the Year by Britain's Football Writers Association.

He was part of the team which twice won the Inter Cities Fairs Cup - a forerunner of the Europa League - and domestically he won the League Championship, the League Cup and the FA Cup with the club.

He turned down the opportunity to captain the side because his own personal superstition insisted he was always the last out.

"Charlton’s contribution to the game and Leeds United will never be forgotten," said a club statement.

"He will remain in football folklore forever and his records at Leeds United are unlikely ever to be surpassed."

Sir Alf Ramsey called him up for England in 1965 when he was already approaching 30 years of age.

He made his debut against Scotland and cemented his place in the side for the World Cup.

He went on to win 35 caps and scored six goals for his country.

After the 1966 World Cup, thousands came out as the Charlton brothers made an open top tour around their home town.

They were only the second set of brothers to win World Cup winners medals.

He was also included in the squad for the 1970 World Cup in Mexico and made his final international appearance in the group match against Czechoslovakia which England won.

After his playing career, Charlton went into management guiding Middlesbrough back into the top flight of English football.

He also had brief stints at Sheffield Wednesday and Newcastle but his later career is perhaps best known for his years in charge of the Republic of Ireland national team.

During his tenure, Ireland qualified for the European Championship finals in 1988, reached the quarter-finals of the FIFA World Cup in 1990 and also reached the knockout phase in 1994.

The Football Association of Ireland described him as "the man who changed Irish football forever".

Charlton was awarded the freedom of Dublin.

Charlton himself told the crowd: "I represent the team. Without the team, their skill and willingness to listen I would not be here. Since I took over the job they have given me the best eight years of my life."

In retirement, Charlton devoted more of his time to his lifelong passion for fishing.

A talented and natural television performer, he had made a popular series of programmes and wrote extensively on the subject.

He was honoured by the Queen with the Order of the British Empire and was also made an honorary citizen of the Republic of Ireland.

He was once described by the Irish television network RTE as "the most popular man in Ireland."

His passing has prompted tributes from leading figures in the Irish Government, including Taoiseach Micheál Martin who said he "brought such honesty and joy to the football world."