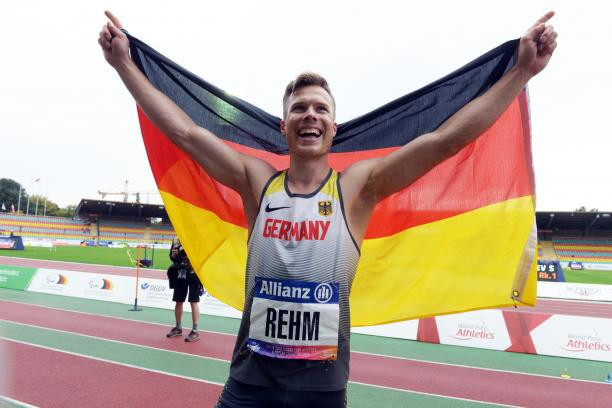 He has spoken about how he was gearing up to better his long jump T64 world record through a training camp in South Africa, before being recalled to Germany when the COVID-19 outbreak hit the nation.

Known as the "Blade Jumper", Rehm now aims to break his best of 8.48 metres during the Paralympics - which are now due to take place from August 24 to September 5 in 2021.

The Games were delayed by 12 months due to safety concerns caused by the COVID-19 pandemic.

"I was in really good shape," said Rehm, as reported by Kyodo News.

"I was very motivated to come to Tokyo again, but after the lockdown, it was hard to motivate yourself."

Rehm added that having limited crowd numbers or behind closed doors competition at the Games would be devastating for athletes too.

"To think of the stadium without any spectators, it is really sad for me and even more sad for the people in Japan.

"If there is a country I would go to, then it would be Japan - I was there five times already.

"I know the culture, how people are there - I think they are very careful, very responsible.

"I am an optimist. I am still hoping everything will be clear for next year - I know I am also realistic, but I'm still very positive."

Rehm has often been regarded as one of the para-athletes pushing for integration the most after he unsuccessfully attempted to compete at the Rio 2016 Olympics in the able-bodied long jump.

However, a decision was made that his carbon-fibre bladed prosthesis would give him an unfair advantage.