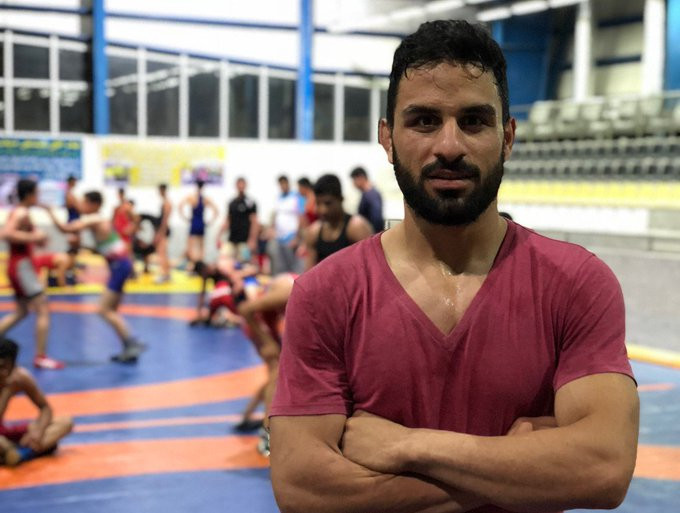 An Iranian wrestling champion has been handed two death sentences for taking part in protests against his country's regime in 2018.

Navid Afkari has also been sentenced to six-and-a-half years in prison and 74 lashes by Iran's Supreme Court.

Persian-language broadcaster Iran International reported Afkari and two of his brothers - Vahid and Habib - had been charged with 20 different crimes, including "attending illegal gatherings, assembly and conspiracy to commit crimes against national security, and insulting the supreme leader".

Radio Forza reported killing a security agent was among the other charges levelled against Afkari, a multiple national wrestling champion in Iran.

It is not yet clear why Afkari was the only one sentenced to death, or why he was given two death sentences.

To rally world pressure on Iran's regime to prevent the execution of Navid Afkari, we call on all celebrities with a global following, especially sports stars, to please speak out. Time is of the essence.#DontKillNavidAfkari

According to Iran International, Afkari was tortured into confessing to the manufactured charges.

Amnesty International figures show Iran is the world's second-most prolific user of the death penalty behind China, with at least 251 executions in 2019.

The case has attracted widespread international attention amid concerns over how Afkari and his brothers are being treated.

United Nations Watch, the non-governmental organisation which monitors the performance of the UN, also started a #DontKillNavidAfkari campaign on Twitter.

insidethegames has contacted the International Olympic Committee and United World Wrestling for comment.