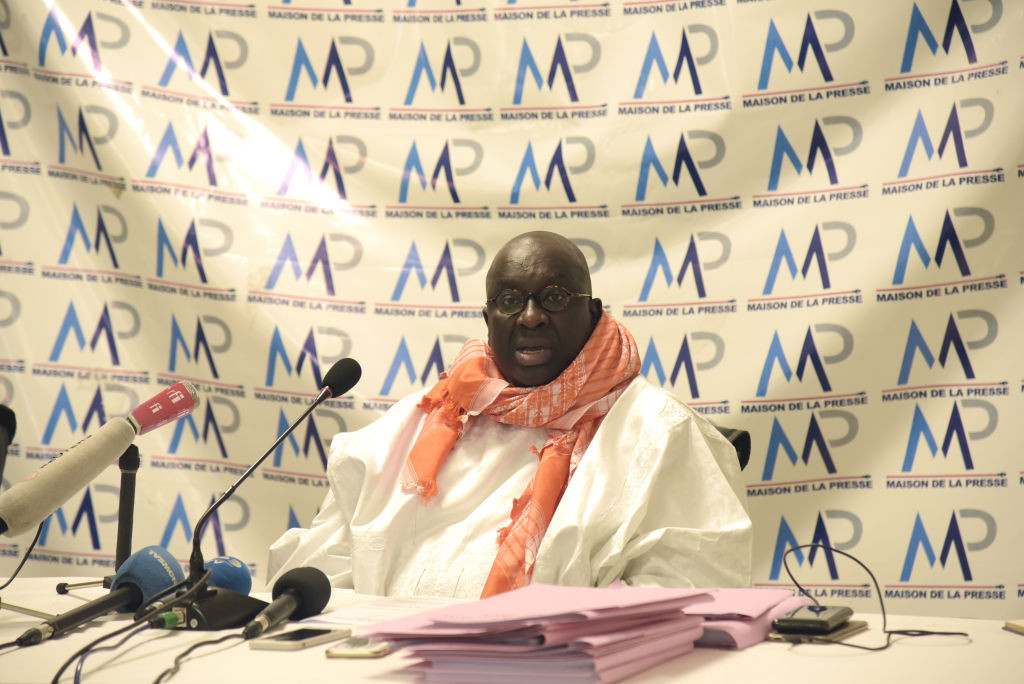 Papa Massata Diack claimed himself and father Lamine Diack are the victims of an "Anglo-Saxon conspiracy" as he criticised the French authorities prior to the verdict in their corruption trial.

The son of the disgraced former International Association of Athletics Federations (IAAF) President was speaking at a news conference he called in Senegal – which refuses to extradite him – two days ahead of the expected verdict.

Lamine, 87, is accused of covering up Russian doping cases, so athletes could compete at major events including the London 2012 Olympic Games and the 2013 World Championships in Moscow, in exchange for cash.

Papa Massata has complained the trial was held without him, despite the Senegalese official refusing to attend, and said the French court had no jurisdiction as the alleged crimes took place in Russia, Qatar, Senegal, Japan and Turkey.

He claimed he opted not to travel to France as the courts in the country "lack impartiality".

"To submit to French justice is to put myself at the disposal of my enemies," Papa Massata, who remains under an international arrest warrant issued on February 13, added.

Papa Massata, who was branded a "thug" by his father during the trial, repeated his claim that the charges against the two former high-ranking athletics officials were the "biggest lie in the history of world sport".

"The mountain gave birth to a mouse," he said.

Papa Massata admitted he earned $10 million (£7.7 million/€8.4 million) from his consultancy work for the IAAF, now called World Athletics, but said the money was "traceable".

In their order for reference, the magistrates in charge of the investigation estimated Papa Massata "could only be enriched in considerable proportions to the prejudice of the IAAF with the constant and enlightened support of his father, who cannot leave the sole responsibility for it to his son".

In the same document, judges say Lamine Diack "played an active role, abusing his quality as President of the institution, and effectively placed his son at the heart of the system put in place which enabled him to divert important upstream revenues from the IAAF funds".

Prosecutors have requested Lamine Diack be given four years in prison for allegedly taking bribes to cover up tests showing doping by 23 Russian athletes.