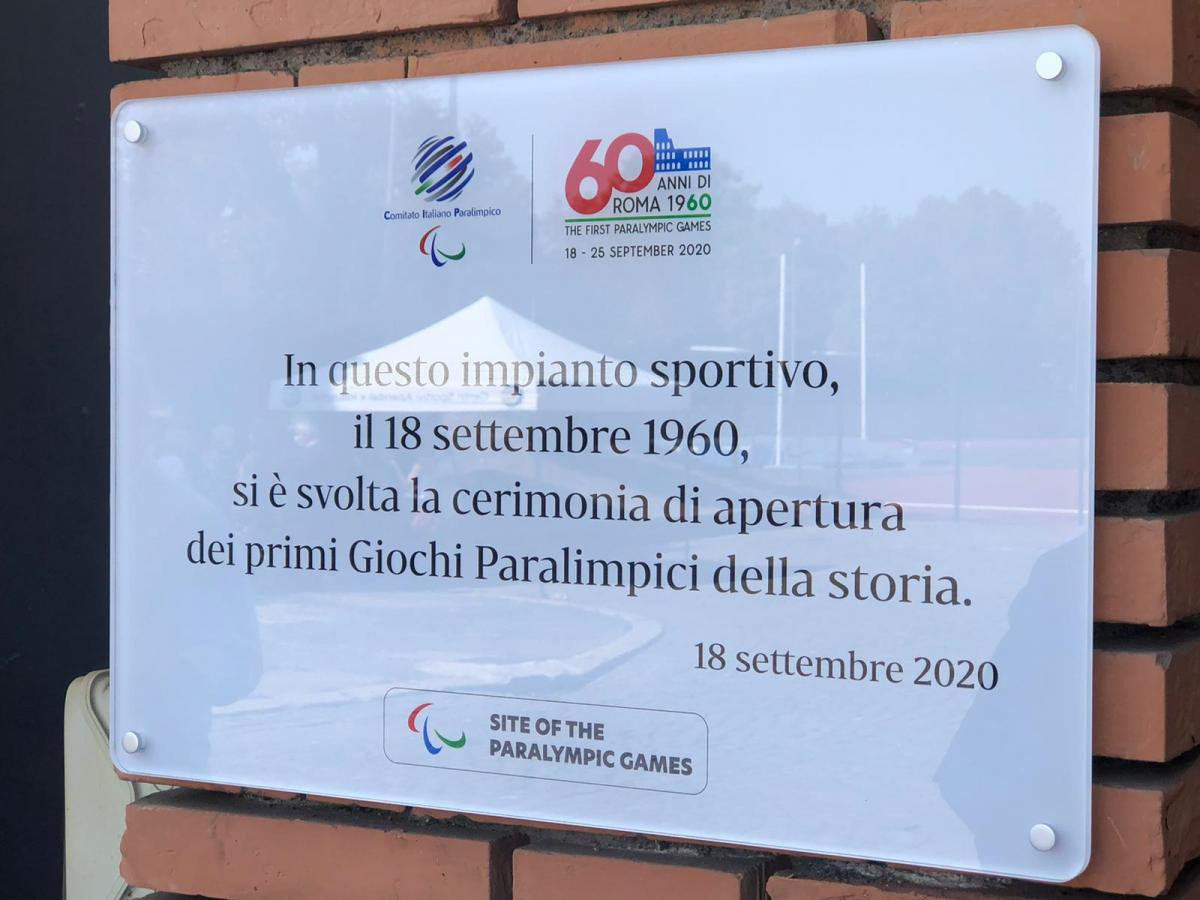 Celebrations have begun in Italy to mark the 60th anniversary of the first Paralympics.

The first Paralympic Games opened in Rome on September 18 1960, running until September 25.

A plaque was unveiled at the city's Paolo Rosi Stadium today to commemorate that fact.

Paolo Rosi Stadium is where the Opening Ceremony took place.

A light display which depicts iconic Paralympic moments is also set to be projected onto the Italian capital's famous Colosseum later.

Giovanni Malagò, President of the Italian National Olympic Committee, was among the dignitaries to attend the unveiling of the plaque, along with Italian Paralympic Committee (CIP) President Luca Pancalli.

Speaking before the event, Pancalli said: "The Italian Paralympic Committee has decided to give life to a week of celebrations to tell how Italy has managed to give a significant boost to the promotion of sport without barriers and a culture of inclusion and rights.

"It is an event to which we attach great historical and social value.

"In this way we want to preserve and make alive a precious heritage of stories and values that represents the basis of the international Paralympic Movement."

A conference titled "Paralympics, 60 years of Rome 60" is due to be held on September 25, staged by the CIP along with National Institute for Insurance Against Accidents at Work, as part of the celebrations.