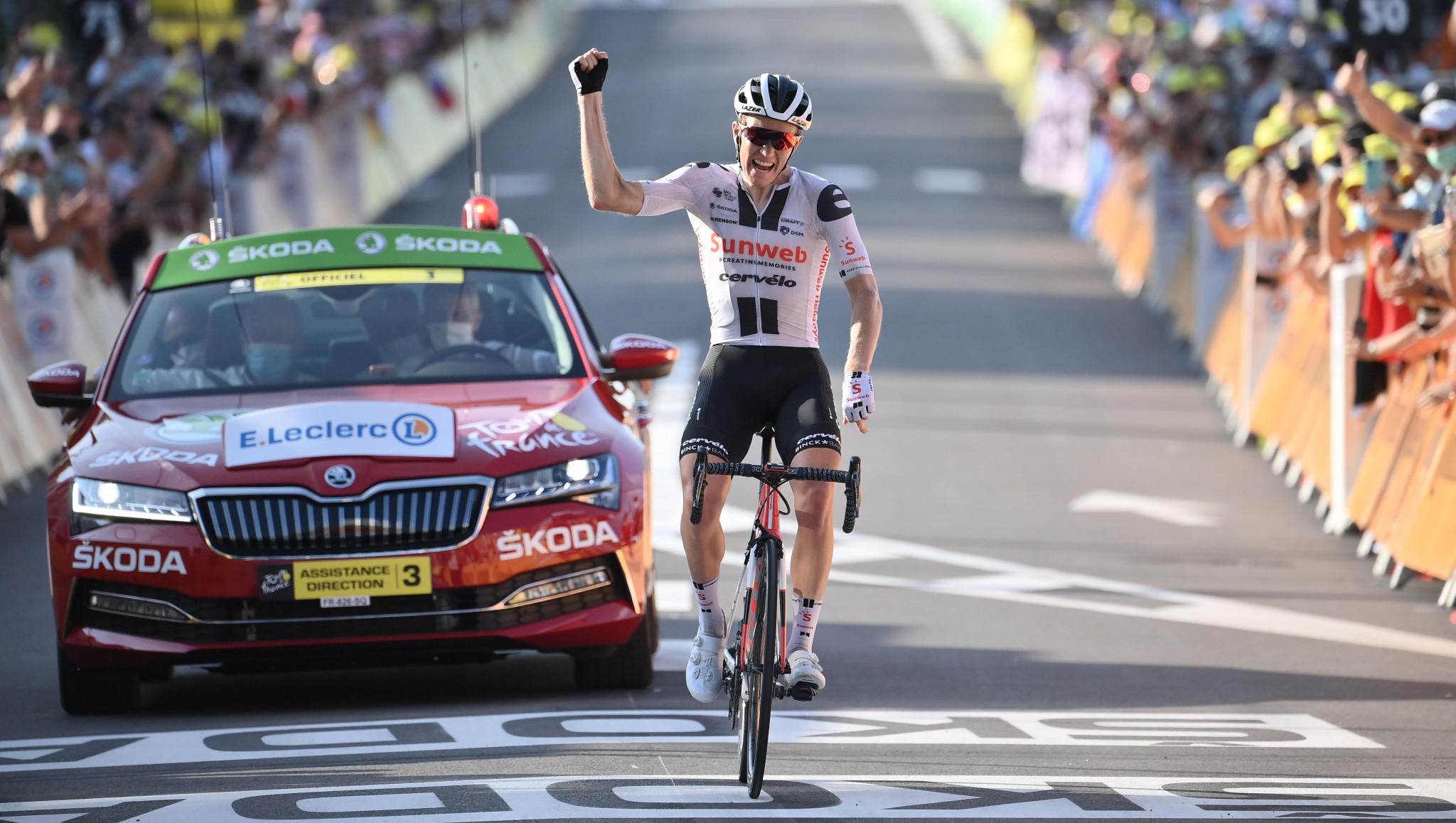 Denmark’s Søren Kragh Andersen celebrated his second stage victory at this year’s Tour de France after producing a solo attack from a breakaway group in Champagnole.

The Team Sunweb rider featured in a 12-rider breakaway group on the 19th stage, a 116 kilometre route from Bourg-en-Bresse to Champagnole.

The group formed with 36 kilometres remaining of the stage and consisted of the remaining riders from an earlier move, as well as green jersey holder Sam Bennett of Ireland, Slovakia’s Peter Sagan, Italy’s Matteo Trentin and Belgium’s Greg van Avermaet.

Bennett sought to mark his green jersey rival Sagan to prevent him from closing the gap in the points classification.

Andersen was able to break free from the group with 16 kilometres to race, with the Danish rider building an advantage of over one minute.

He finished alone in a winning time of 3 hours 36min and 33sec, replicating his victory on stage 14 where he escaped from the peloton to triumph.

"I have to say that, in the last kilometres, I was actually screaming in pure disbelief,” Andersen said.

"I got two stage wins on the same Tour de France.

"When I saw who was in the breakaway group, I realised I was in the mix with some of the best riders of the world for this type of race.

"I honestly didn’t know how to beat them, and I was on my limit too.

"But then I realised that, if I managed somehow to get a small gap, it may enable me to pull it off and that’s exactly what happened.

"This is a memory I will carry in my mind for the rest of my life."

Slovenia’s Luka Mezgec led the chasing group over the line 53 seconds behind the stage winner.

The peloton followed 7:38 after Andersen, with the general classification contenders safely in the group.

Colombia’s Miguel Angel Lopez Moreno lies third at 1:27 down on the yellow jersey.

The time trial is set to determine the winner of the Grand Tour, ahead of the ceremonial final stage in Paris on Sunday (September 20).