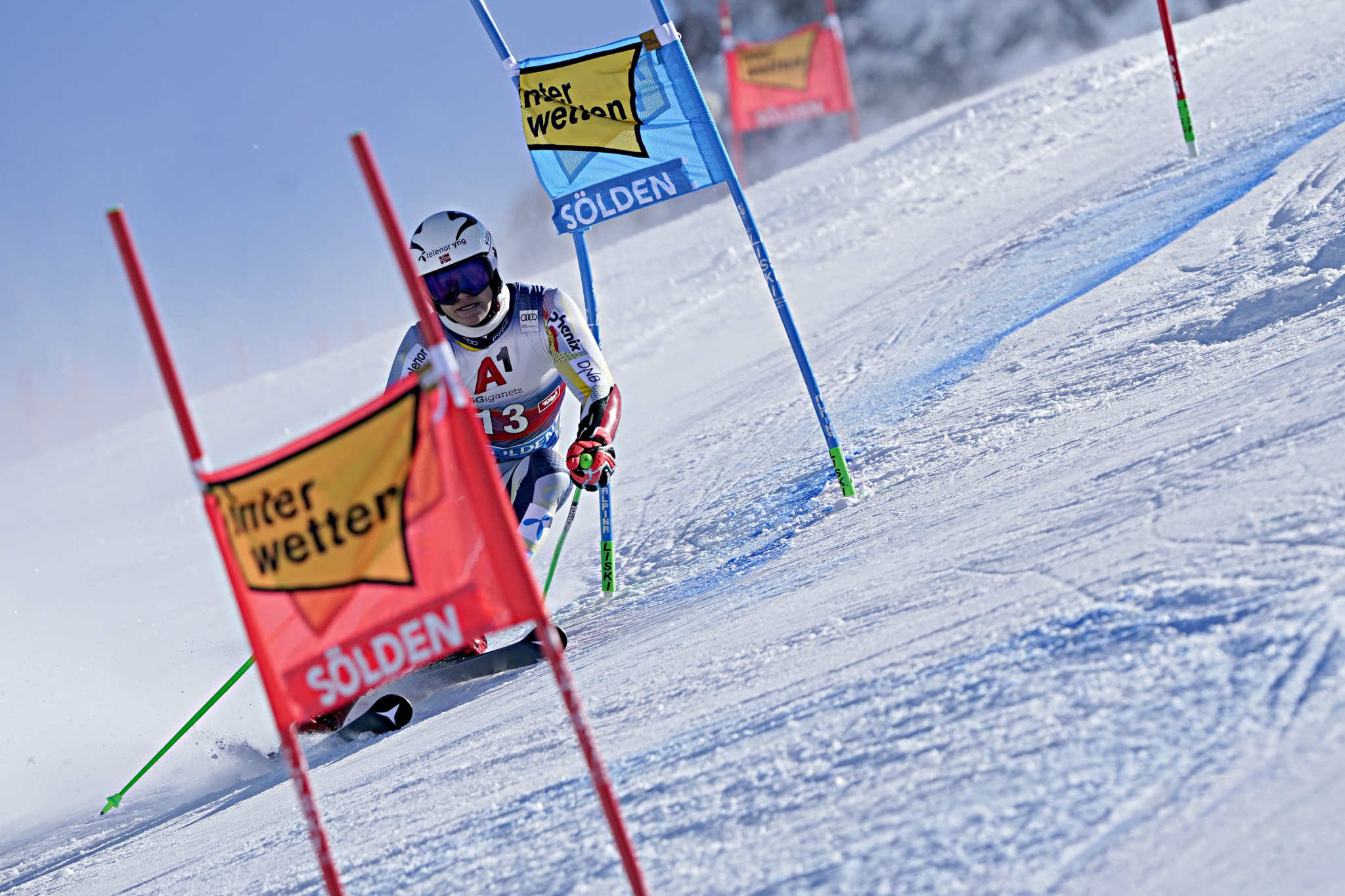 The 20-year-old produced a blistering time of 1min 6.04sec on his second run to move from fifth to first and take the giant slalom victory.

Only one skier had a faster run at the Austrian resort - Swiss Marco Odermatt, who was 0.02sec faster on his second run - but Odermatt had to settle for second place, with his combined time 0.05 slower than Braathen's.

Another Swiss, Gino Caviezel, was third.

Caviezel led after the first run, but was unable to keep that position as 11 skiers went faster than him on the second run.

Caviezel's combined time, 2:14:87, was 0.46 behind Braathen but crucially 0.03 ahead of fourth-placed Frenchman Alexis Pinturault, who finished second in both the overall and giant slalom FIS Alpine Ski World Cup standings last season.

The top three had recorded a combined four World Cup podiums previously and all they all came courtesy of Odermatt, with Caviezel and the victorious Braathen both first-time top-three finishers.

Sloveia's Žan Kranjec and Norwegian Henrik Kristoffersen were second and third respectively after the first run, but finished in seventh and a tie for fifth.

Another Swiss athlete, Loïc Meillard, ended with the same time as Kristoffersen to share fifth place.

Stefan Brennsteiner was the top-performing Austrian skier, but was way down in 17th on a disappointing day for the host nation.

Racing in Sölden took place without spectators due to the coronavirus pandemic, while three Russian skiers were unable to compete as it is feared two of their coaches have COVID-19.

The next men's Alpine Ski World Cup race is scheduled for November 14 - a parallel giant slalom contest in Lech-Zürs.