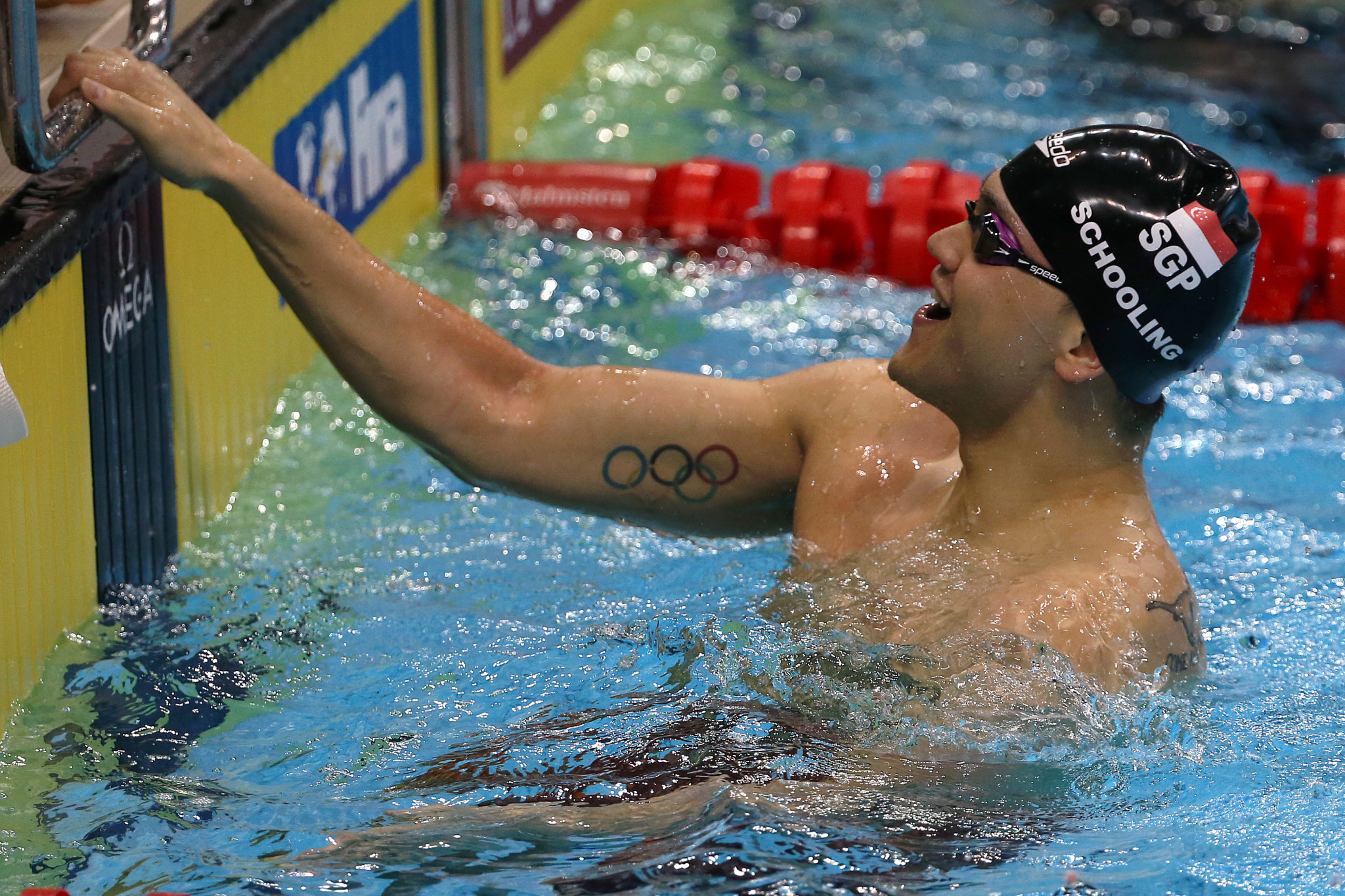 Singaporean swimmer Joseph Schooling believes the postponement of the Olympic Games has given him more time to get "physically and mentally stronger" ahead of his title defence at Tokyo 2020.

Schooling shot to stardom at Rio 2016 when he beat all-conquering Michael Phelps of the United States to win the 100-metre butterfly crown.

Not only did he stun the most decorated Olympian of all time, but Schooling also claimed Singapore’s first and only gold medal and broke a new Olympic record after clocking 50.39 seconds.

Looking to repeat his success, Schooling had been training in the United States in preparation for Tokyo 2020 before COVID-19 swept the world and postponed the Games to next year.

Before Singapore closed its borders, Schooling decided to fly back to his native country although he was forced to adjust his training as he was unable to swim in a pool due to restrictions.

"While the pools were shut, training didn’t stop for me," said Schooling.

"My coaches provided me with a detailed fitness plan to ensure that we continue with our training.

"Our usual training consists of pool and land sessions so even though we couldn’t get into a pool, it was no excuse to put a pause on our training sessions on land.

"There are different phases going into being race-ready and obviously, a big part is conditioning.

"Conditioning, technique work and then you start putting some power and some speed on top of that.

"We (have) got plenty of time and I’m just taking steps forward each day."

Since restarting his normal training regime in the US last month, Schooling said he was able to see the positives in the situation.

"Despite the Tokyo Olympics being postponed, I think you can find positives out of every negative," said Schooling.

"It gives me an extra year to get physically and mentally stronger, working on the things that can get me to where I want to be in 2021."

Schooling is also a big advocate of using technology to enhance his performances.

Back in 2016, Schooling worked with Ryan Hodierne, a sports biomechanist who helped him with his race plans which proved instrumental to his victory.

Now Schooling is looking forward more than ever to see how biomechanics and technology can give him the edge over his competitors.

"The fate of my result does not lie in anyone else’s hands but my own,” Schooling said.

"I’m working with a bio max over here and I just went through a fluid dynamics test so I’m excited to see what those results are like.

"It’s unlike any test that we have ever done before so I’m really excited to see how things turn out and how to get better.

"Being a professional athlete is not only training every day in the pool but it’s also how you deal with the psychological factor, nutritional factor and technique.

"There are so many things that come into play to complement my training which in turn gives the end result."

Since Rio 2016, Schooling claimed a joint-bronze medal with Britain's James Guy at the 2017 World Championships, won all six of his events at the Southeast Asian Games and set a new Asian Games record in the 100m butterfly a year later.

Schooling has been permitted to delay his national service in Singapore to compete in the rescheduled Olympics and he is focused on producing his best in the Japanese capital.

"Medal wise, of course, everyone who goes to the Olympics, most of them want to win," added Schooling.

"But if there’s one thing I can be honest with myself, it’s not getting a gold medal.

"It’s being the best version I can be on that day where I need to step up my race."