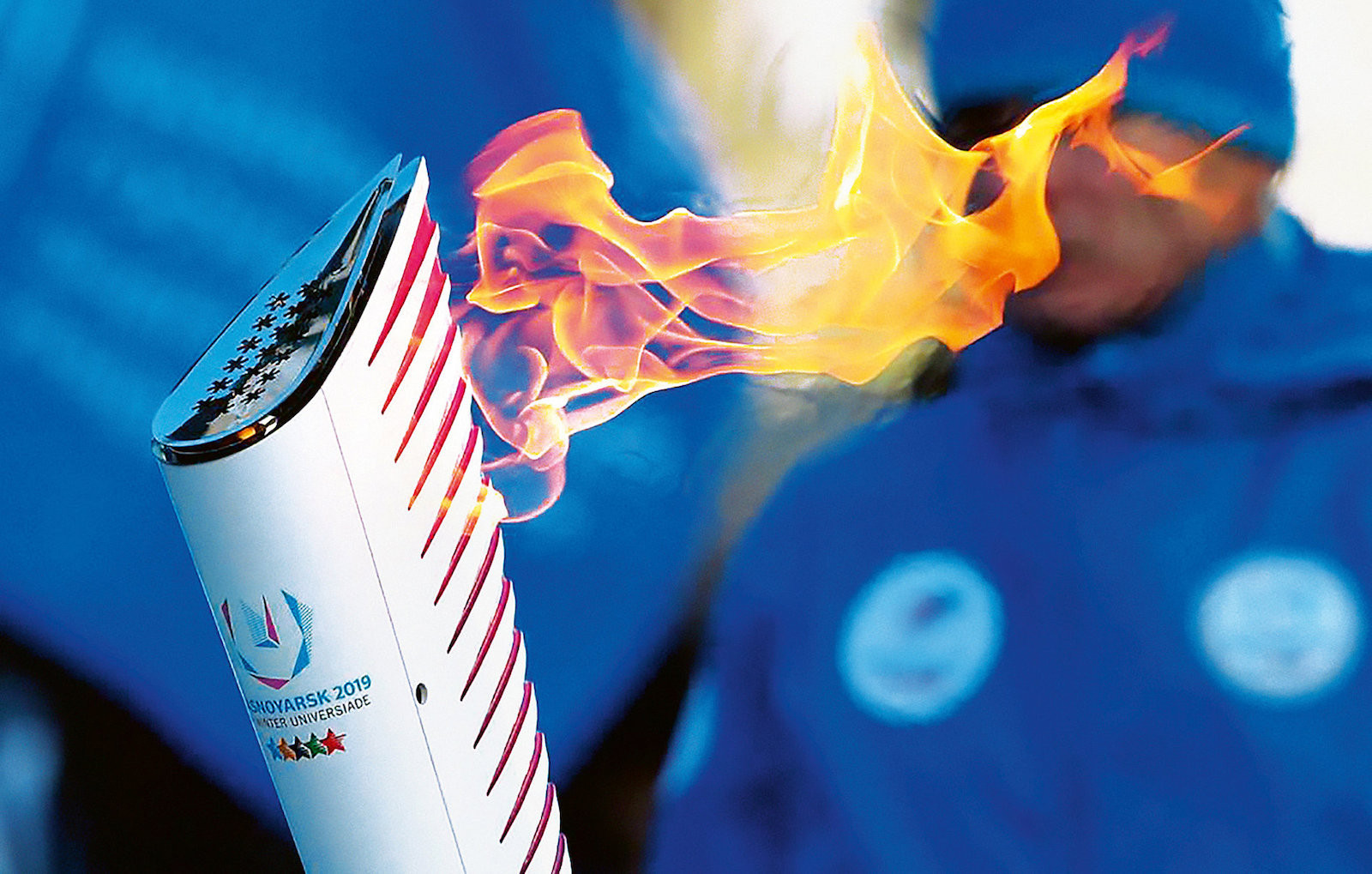 The event design for the 2019 Winter Universiade in Krasnoyarsk has been nominated for a Red Dot Award.

Designers said they combined the principles of "harsh Siberian nature" and the "warmth of human hearts" when creating the look and feel of the student event in the Russian city.

Graphics were claimed to symbolise both movement in sports and natural elements such as wind, ice and the Yenisey river.

Organisers wanted to create an identity which covered all aspects of the Universiade, including the uniforms, Torches and ceremonies.

A Siberian dog mascot called U-Laika was designed, while the official logo for the event featured the letter U as an ice block to represent Siberian nature.

The slogan for Krasnoyarsk 2019 was "Real Winter" while medals were made out of aluminium alloy and precious metals.

A Red Dot award recognises good design and has been established internationally.

Krasnoyarsk 2019 has already been honoured at the European Product Design Awards.

Russian President Vladimir Putin opened the event and the hosts dominated, winning 41 golds and 111 medals in all.

South Korea were the next best performers with just six golds and 14 total medals.