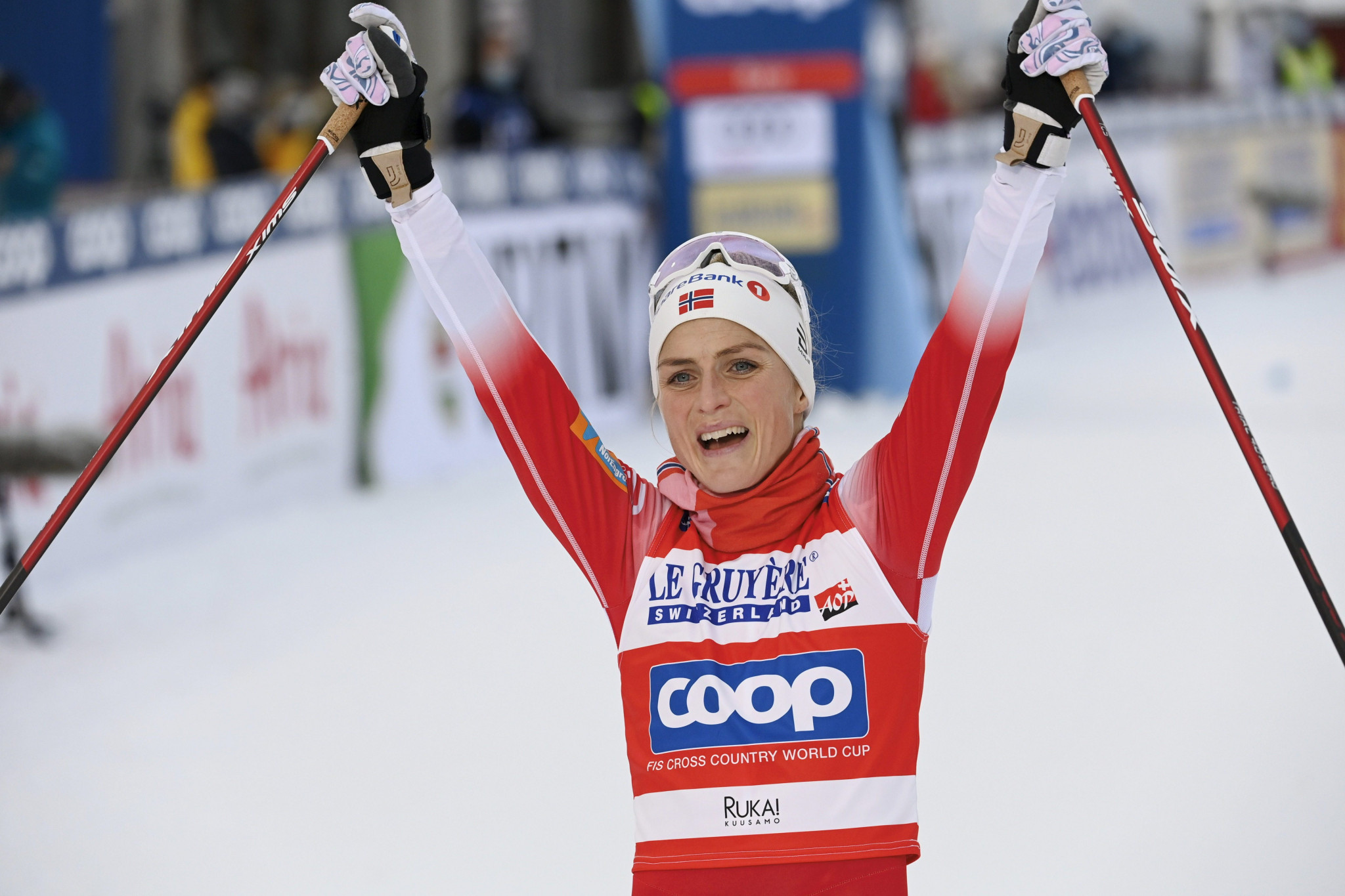 Norway's Therese Johaug was a clear winner in the women's 10-kilometre pursuit to continue an impressive start to her defence of the International Ski Federation (FIS) Cross-Country World Cup title.

Finishing with a time of 25min 06.2sec, Johaug claimed a second gold medal in three races in Ruka in Finland to take the overall World Cup lead after the first weekend of the 2020-2021 season.

The three-time overall World Cup champion was a full 47sec ahead of the silver medallist, Tatiana Sorina of Russia.

Sorina won her first medal of the season after missing the bronze by 0.1sec in the women's 10km race yesterday behind Sweden's Ebba Andersson.

The United States' Rosie Brennan completed the top five, 52.5 off the pace of Johaug.

Johaug leads the overall standings ahead of Sorina and Andersson.

In the men's 15km pursuit, Norway's Johannes Høsflot Klæbo also won his second race of the weekend, narrowly holding off Alexander Bolshunov of Russia by less than a second.

Clocking a finishing time of 35:09.8, Klæbo added to his win in the 15km race yesterday.

The Norwegian made the podium in all races in Ruka following silver in the sprint on Friday (November 27).

Russia's Alexey Chervotkin, who finished second in the 15km, was seventh.

Last season's overall distance runner-up Sjur Røthe of Norway was down in 16th, while compatriot Simen Hegstad Krüger - fourth in the overall standings a season ago - was 18th.

Both the men's and women's FIS Cross-Country World Cup circuits are set to move on to Davos in Switzerland on December 12 and 13 for sprint and distance races.