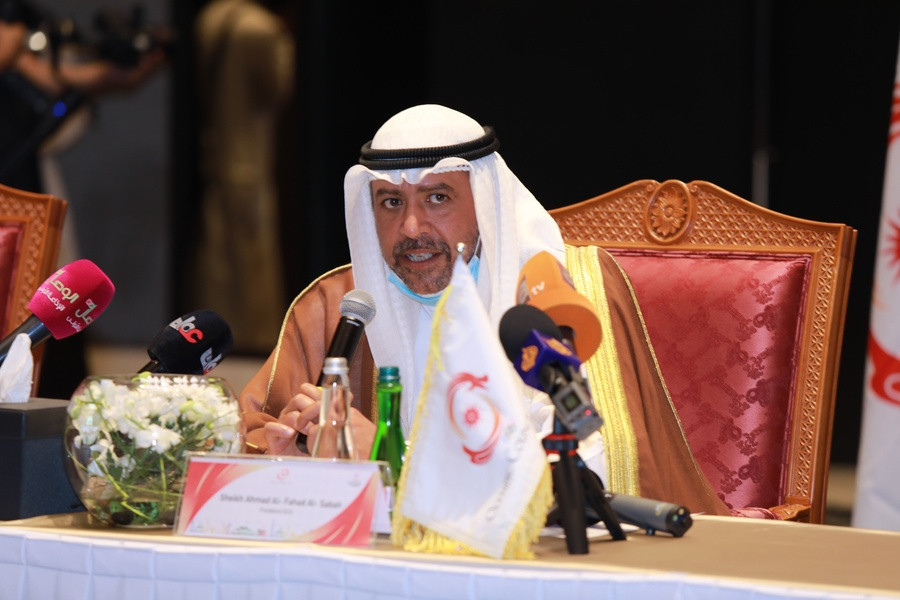 Olympic Council of Asia President Sheikh Ahmad Al-Fahad Al-Sabah is attempting to find a dual-award solution to ensure that both Riyadh and Doha host the Asian Games.

The vote to decide the host of the 2030 Asian Games - either Riyadh in Saudi Arabia or Doha in Qatar - is due to take place tomorrow during the OCA General Assembly in Muscat.

Sheikh Ahmad is hopeful he can persuade one city to host the event in 2030 and the other to organise the competition in 2034, however.

It is planned that a vote will be held to decide which city will stage the 2030 edition with the unsuccessful candidate then being offered the opportunity to stage 2034, providing they agree and the General Assembly rubber-stamps the decision.

The idea was approved by the OCA Executive Board meeting at the Kempinski Hotel in the Oman capital today.

"I believe in the OCA that we always show solidarity and unity, and for this reason I will try to find a solution," Sheikh Ahmad said.

"I have visited both cities and they are ready to host the Asian Games in 2030.

"They have great financial support, great sports infrastructure and great support from all levels of Government.

"I will talk to them both tonight and try to find a win-win situation."

Reports, however, that there would not be a vote at the General Assembly have been dismissed.

Sheikh Ahmad received unanimous backing from the Executive Board, with OCA Advisory Committee chairman Ng Ser Miang likening the situation to the International Olympic Committee's decision to award the Olympic Games to Paris in 2024 and to Los Angeles in 2028 at the same time.

"We have received the report of the OCA Evaluation Committee and it is clear we have two wonderful bids from two excellent cities," Ng said.

"I fully support you on this.

"In this case, all were winners and there were no losers."

Kryukov claimed both cities had "every opportunity and high potential" to host the 2030 Asian Games and described their legacy plans as "excellent".

Saudi Arabia, which has never hosted the Asian Games before, faces opposition from fierce political rival Qatar for the hosting rights.

Saudi Arabia and Qatar are bidding against a backdrop of international criticism over their records on human rights, as well as a bitter diplomatic dispute.