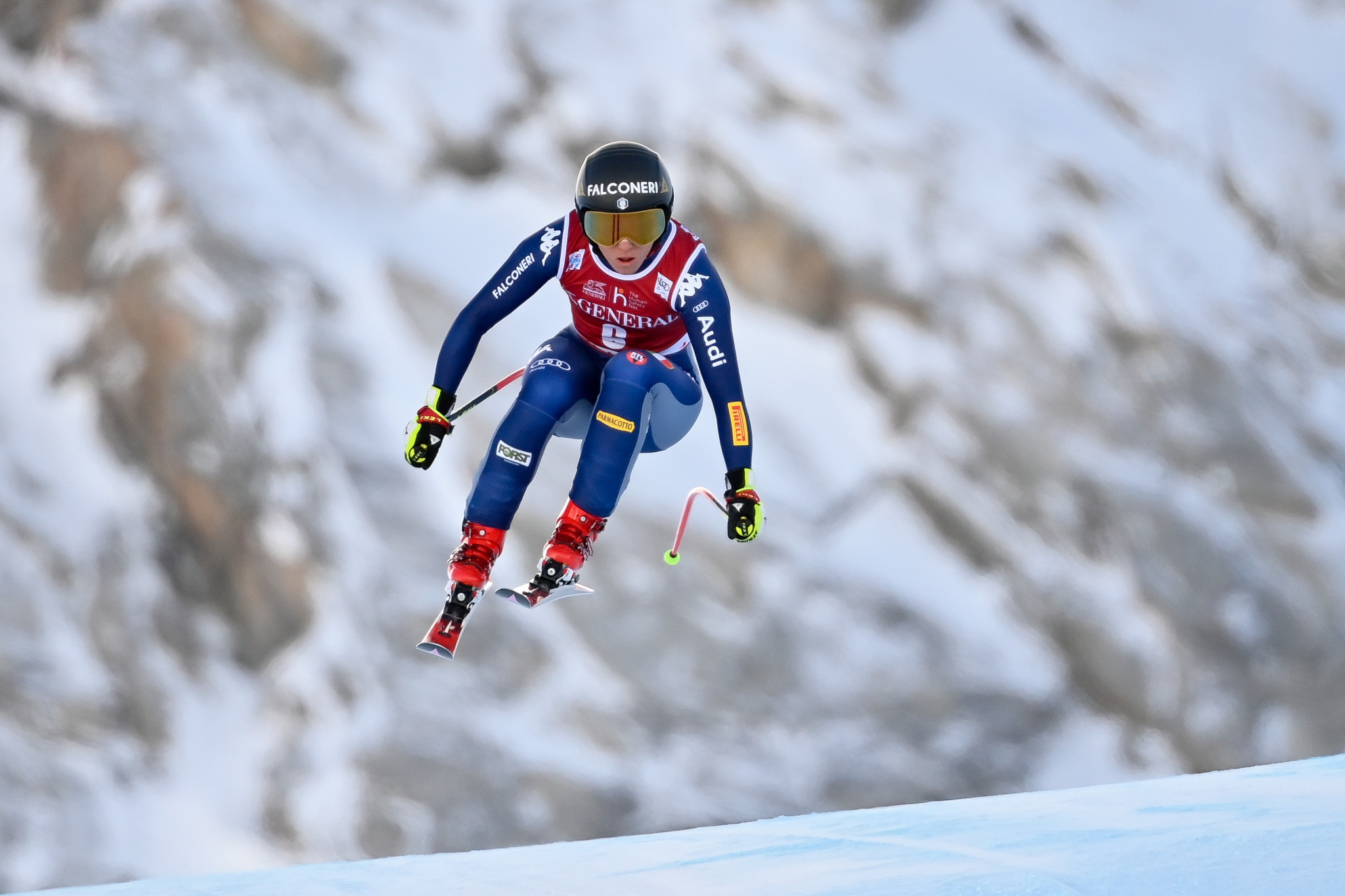 Italy's Goggia went one better than a day ago, winning the race in 1min 44.70sec.

Corinne Suter had to settle for second place, 0.24sec off the pace of Goggia, while American Breezy Johnson was an additional 0.03 behind in third.

Before this week, Johnson had never been on an FIS Alpine Ski World Cup podium, but the 24-year-old has now recorded top-three finishes on back-to-back days.

Swiss Michelle Gisin placed ninth and that result takes her to second in the overall World Cup standings as, similarly to yesterday, many of this season's leading skiers either struggled or did not start the race at the French resort.

The Slovakian was 33rd, earning no points, while Mikaela Shiffrin always planned to sit out the event and defending overall champion Federica Brignone did not race after falling yesterday.

For Goggia, this was an eighth race win on the World Cup circuit and the fifth in downhill.

Up to fifth in the overall standings, Goggia and Suter are tied for the downhill lead on 180 points.

A super-G race is due to be held in Val-d'Isère tomorrow, but the next downhill on the women's World Cup calendar is not until January 9.