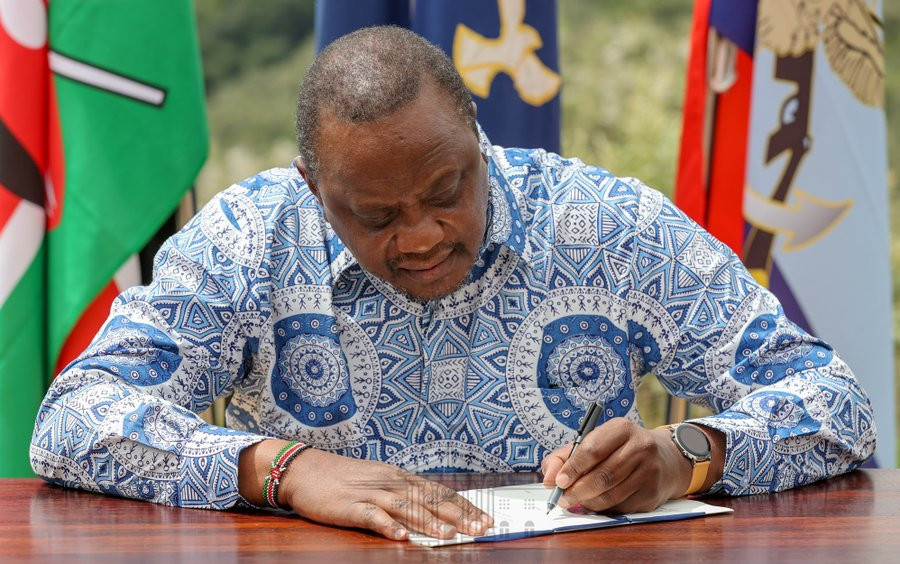 Kenyan President Uhuru Kenyatta has signed an amendment to the country's anti-doping bill to bring it in line with World Anti-Doping Agency (WADA) regulations.

Kenyatta penned the amendment yesterday, a day before the new World Anti-Doping Code came into effect.

According to the President's official Twitter account, the new law "amends the Anti-Doping Act of 2016 to align Kenya's legislative framework with the 2021 World Anti-Doping code and regulations".

It also "ensures the continued participation of Kenyan athletes in local, regional and international competitions in line with the United Nations Education, Science and Cultural Organization (UNESCO) Convention against doping in sports".

Concerns had been raised in Kenya that the new bill had not yet been signed as the revised WADA Code became effective today.

1/2 President Uhuru Kenyatta has signed the Anti-Doping (Amendment) Bill, 2020 into law. The new law amends the Anti-Doping Act of 2016 to align Kenya's legislative framework with the 2021 World Anti-Doping code and regulations. pic.twitter.com/aTdM5NbPG4

Kenya introduced criminal laws as part of the Anti-Doping Act of 2016, granting officials the power to jail support staff found guilty in connection with doping.

This included the creation of a national testing authority, Anti-Doping Kenya, while it made doping an offence which could be punished by imprisonment.

Kenya has had a poor doping record in recent years and there are at least 66 track and field athletes from the country who are serving drugs bans.

Kenya is in the Athletics Integrity Unit's highest risk category for 2021.