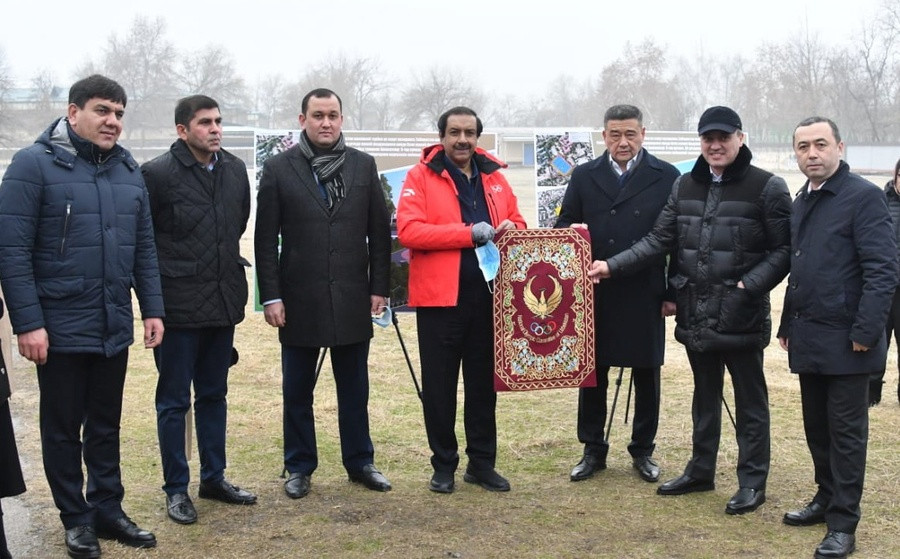 One of the venues due to stage hockey matches at the 2025 Asian Youth Games in Tashkent has been officially inaugurated.

Officials from the Asian Hockey Federation (AHF), the National Olympic Committee of the Republic of Uzbekistan and the Organising Committee were present at the hockey stadium project in Tashkent.

The inauguration included a groundbreaking ceremony for the new pitch at the stadium, set to become a high-performance centre for Uzbekistan, Central Asia and the sport on the continent after the conclusion of the Asian Youth Games.

The AHF said the other hockey pitch for the Games in 2025 had not yet been decided.

"We are determined to make this vision a reality," said AHF President Dato’ Tayyab Ikram.

"We are striving to bring into action the President’s Vision for 2025 through hockey.

"To achieve this, we have put forward a strong proposal for Polytan to install a pitch here.

"They have previously donated Uzbekistan a pitch and we would like to see two Polytan pitches installed in the country by 2025.

"On this matter, we have held meetings with the Minister of Sport Nabev Dilmurad Khamidullaev, President of the Olympic Committee Rustam Shaabdurakhmonov and the director of 2025 Asian Youth Games Oybek Kasimov."

Uzbekistan's capital Tashkent was awarded the 2025 Asian Youth Games by the Olympic Council of Asia in 2019.

The event will be the fourth edition of the Games, first held in Singapore in 2009 and then in Nanjing four years later.

But they were cancelled in 2017 having originally been awarded to Hambantota and then Jakarta, when Sri Lanka pulled out, before eventually being abandoned.

The next Asian Youth Games are due to take place in Shantou in China from November 20 to 28 this year.