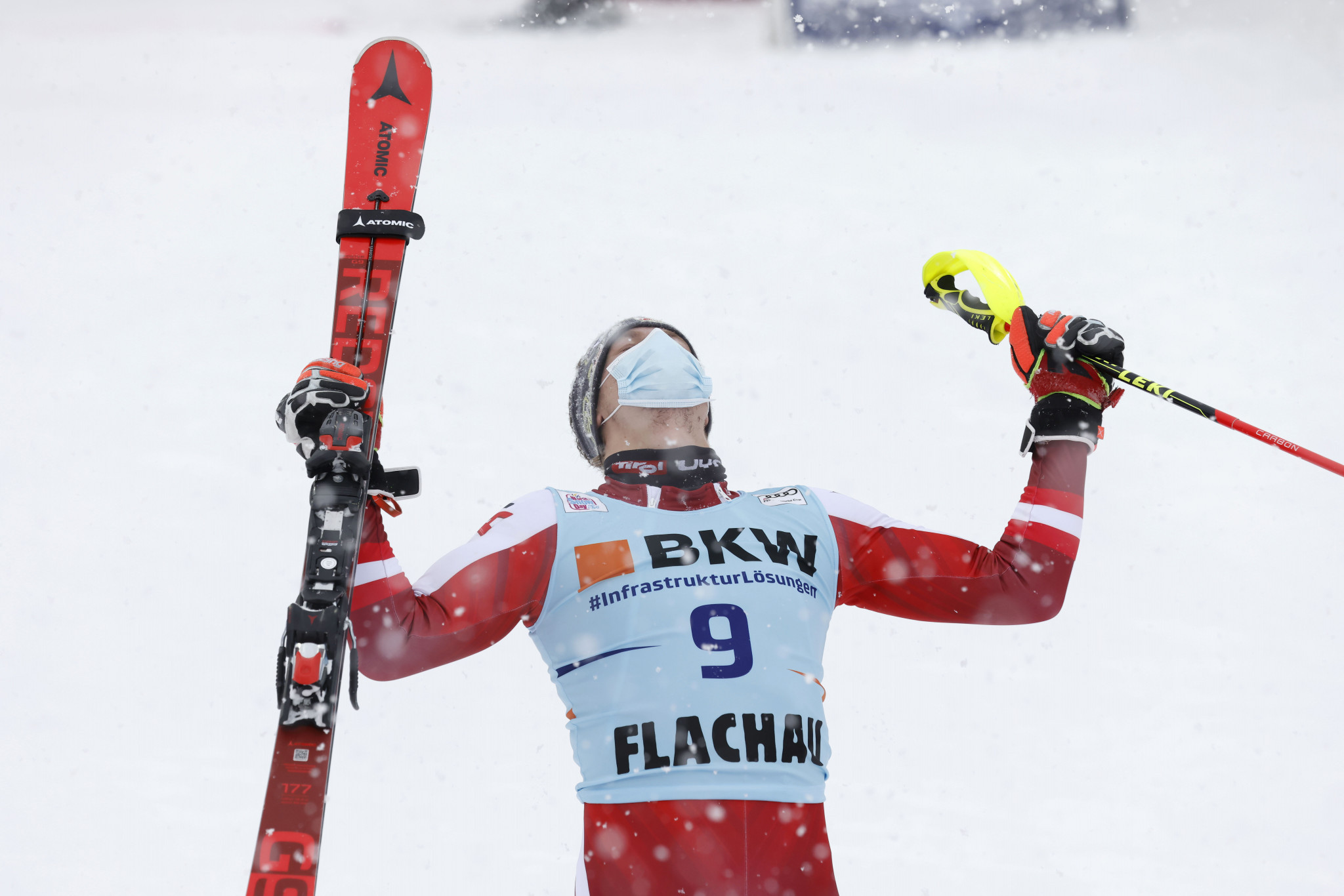 Austrian Manuel Feller celebrated what he described as a "miracle" men’s slalom triumph in Flachau as he secured his first International Ski Federation Alpine Ski World Cup victory of his career.

Feller's previous best came in the shape of five runners-up places since coming onto the circuit just over eight years ago.

But the 28-year-old’s persistence paid off as he struck gold in the Austrian resort.

"I have to say I was a little bit nervous before the race today.

"I tried to make a solid first run, in the second I knew the material was working really well.

"I didn't even feel on the limit, I felt like everything was just working perfectly.

"I want to thank all the guys from Flachau.

"When I was skiing I felt like having a crowd next to the slope.

Like last weekend in Adelboden, Clement Noël led the way after the first run with a time of 54.87 ahead of Norwegian Sebastian Foss-Solevaag and Feller.

But a second run of 55.83 from the Frenchman allowed Feller to clinch victory, winning by 0.43.

Marco Schwarz finished 0.70 further back in third as he backed up his victory in Adelboden with another podium place.

Feller now leads the slalom standings after five races, one point ahead of Schwartz.

Frenchman Alexis Pinturault remains the overall World Cup leader on 718 ahead of Norway’s Aleksander Aamodt Kilde on 560 and Swiss skier Marco Odermatt on 501.

Competition continues tomorrow with the second men’s slalom race of the weekend.

Flachau has stepped in to host back-to-back competitions after racing was called off in Wengen and Kitzbühel due to outbreaks of coronavirus.