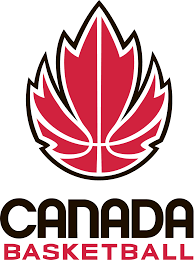 Canada Basketball says it stands by its decision not to participate in the International Basketball Federation (FIBA) AmeriCup qualifiers in November, with the national governing body expressing disappointment over sanctions imposed by the FIBA Disciplinary Panel.

Half the sanction has been deferred, so long as Canada Basketball complies with its participation in the next official FIBA competition window.

A one-point deduction in the FIBA AmeriCup qualifiers has also been deferred.

Canada Basketball said at the time that playing the matches would have contradicted recommendations of medical professionals, as well as the Canadian Government’s travel regulations.

Matches were set to take place in a bubble format at Punta Cana in the Dominican Republic.

Canada Basketball says it stands by the decision not to participate in the qualifiers last month and plans to appeal against the sanction.

"In the midst of an unprecedented global pandemic that has claimed the lives of over 2 million people around the world, and infected 96 million more, never did we think we’d be forced to make a decision between the well-being of players and staff, and sanctioning for an inability to safely participate in an international competition," a Canada Basketball statement read.

"Over the course of several months leading into the second window of the FIBA AmeriCup 2022 Qualifiers, Canada Basketball was involved in open and transparent conversations with FIBA over our concerns with the health and safety protocols that had been established for the tournament in Dominican Republic.

"Canada Basketball stands behind its decision not to participate in the November window of the FIBA AmeriCup 2022 Qualifiers.

"Not only would our participation have directly contradicted the mandates of our federal government, but also the directive of our Chief Medical Officer and other medical professionals throughout Canada’s sport system, including those with Canada Basketball, Sport Canada, Own The Podium, the Return to Sport Task Force, and the Canadian Olympic Committee.

"These sanctions were made public prior to notifying our organisation of this decision.

"Consequently, we have not had an opportunity to understand or discuss with FIBA the rationalisation for these sanctions.

"Canada Basketball will be filing a formal appeal to the FIBA Appeals’ Panel, and in the interim, will continue to work with FIBA, the local organising committee, as well as our Canadian sport medical professionals to ensure that the health and safety protocols established for the third window of the FIBA AmeriCup 2022 Qualifiers would allow us to safely participate."

Canada Basketball added that the fine imposed by FIBA will have a "significant, negative impact on our operational capacity", due to being a not-for-profit sports organisation.

The national governing body says the fine will divert funds which exist to help grow the game at a grassroots level in Canada, along with funding high-performance programmes to compete in upcoming international competitions.

Exorbitant fines imposed on @CanBball for rightly prioritizing the health and wellbeing of its team and staff over competing at the FIBA AmeriCup 2022 Qualifiers are unacceptable. I stand behind Canada Basketball’s decision and will continue to lend the COC’s support. https://t.co/Yq0LzAW2Om

"Exorbitant fines imposed on @CanBball for rightly prioritising the health and wellbeing of its team and staff over competing at the FIBA AmeriCup 2022 Qualifiers are unacceptable," Shoemaker tweeted.

"I stand behind Canada Basketball’s decision and will continue to lend the COC’s support."

The Canadian team had been scheduled to face Cuba on November 29, before facing the US Virgin Islands the following day.

The Dominican Republic top the standings with seven points from four games, while Cuba and the US Virgin Islands have four points from three games.

The top three teams will advance to the FIBA AmeriCup, which is scheduled to take place next September.

The tournament serves as a qualifier for the FIBA Basketball World Cup.

Canada are currently listed to play four matches during the February window, including the two postponed games from November.

FIBA has scheduled the postponed matches against the US Virgin Islands and Cuba for February 17 and 18 respectively.

Canada is due to face the US Virgin Islands again on February 20, before rounding off qualification against Cuba on February 21.

San Juan in Puerto Rico is due to host the games.