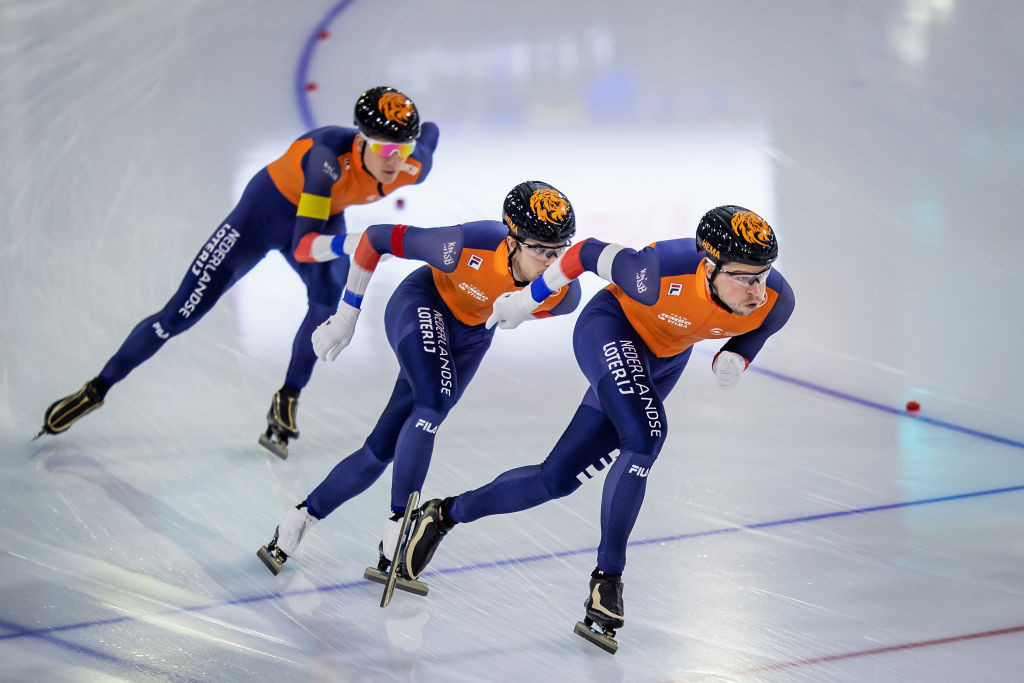 The Canadian team of Ivanie Blondin, Isabelle Weidemann and Valerie Maltais defeated The Netherlands by just 0.32sec to win the women's gold.

Poland were fifth, with Belarus, Germany and Switzerland rounding off the top eight.

In the men's competition, the Dutch team of Sven Kramer, Chris Huizinga and Beau Snellink were clear victors for the home nation, with the winning margin more than a second.

Their winning time of 3min 40.33sec was the fourth-fastest recorded on the Thialf track.

Italy and Russia were fourth and fifth.

Mass start semi-finals were also held, with home skater Marijke Groenewoud leading women's qualification for the final and Peter Michael of New Zealand the most impressive of the men's races.

The next two days will see the finals of the individual events take place.