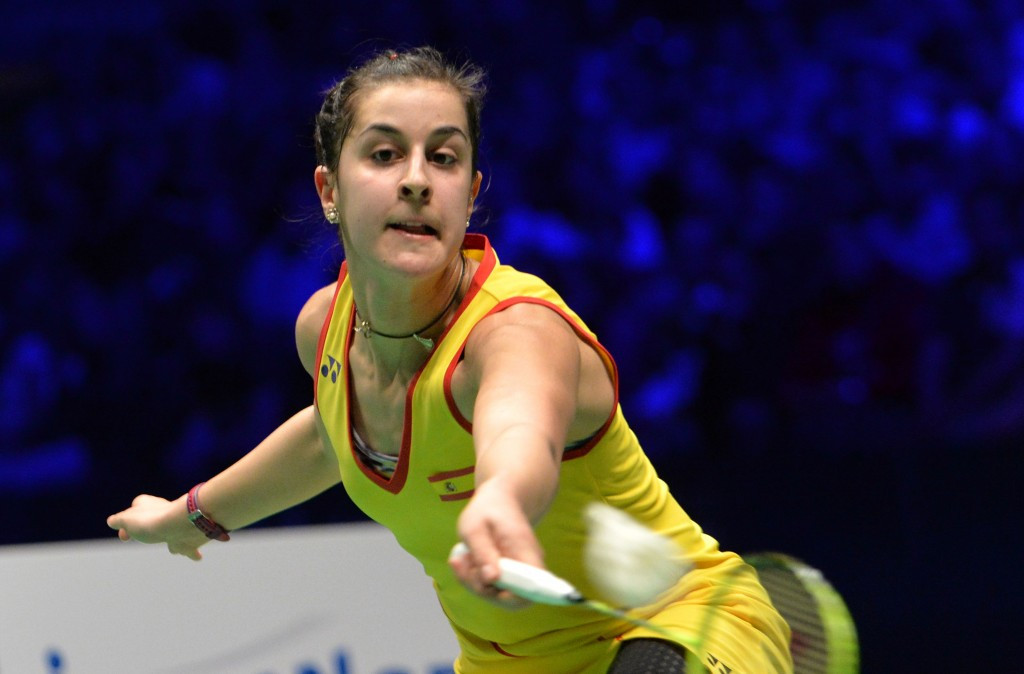 Spain’s Rio 2016 champion Carolina Marin, already assured of a place in tomorrow’s semi-finals at the 2020 Badminton World Federation (BWF) World Tour Finals in Bangkok, accepted the price of losing in her final group A match as she experimented with new shots.

The top-seeded Marin, who missed eight months of 2019 with an anterior cruciate ligament injury, suffered her first loss of the year as she was beaten 21-6, 14-21, 21-19 at the Impact Arena by 18-year-old An Se Young of South Korea.

However, the 27-year-old three-time world champion from Huelva, who was noticeably playing at a slower pace than usual in the third game, maintained she wasn’t concerned about the loss.

"I didn’t want to force myself today," she told BWF.

"I lost but I don’t care about the result.

"I tried to do some different strokes that I wanted to practise to see how they were going.

"Some of them went well but at the same time I made a few mistakes.

"We just have to analyse how I hit the shuttle on those occasions.

World No.1 Tai Tzu Ying will take on Korean teen An Se Young in the semifinals of the HSBC BWF World Tour Finals 2020 tomorrow.#HSBCbadminton #BWFWorldTourFinalshttps://t.co/1wxxfTcF7r

"I’m ready for the semi-final.

"That’s why I said I didn’t really care about today’s game.

"I’m looking forward to it.

"I will prepare well and will be ready to go on court again."

There were no such subtleties for the men’s top seed, Denmark’s 2017 world champion Viktor Axelsen, who won his third and final match in Group A, beating Chinese Taipei’s third seed, Chou Tien Chen 21-10, 21-14.

Marin will face Pornpawee Chochuwong for a place in Sunday’s final - the Thai player secured her passage from the group stages despite a 21-18, 21-15 defeat to India’s Rio 2016 silver medallist P V Sindhu.

The other women’s semi-final will see An Se, who was voted as BWF's Most Promising Player of 2019, taking on Chinese Taipei’s world number one Tai Tzu Ying - who beat Thailand’s Ratchanok Intanon 23-25, 21-12, 21-9 today.

Here is the semifinal lineup for tomorrow.

By a quirk of the draw, Axelsen will meet Chou Tien once again tomorrow, and the other semi-final will also feature an action replay of today’s final group match between Axelsen’s compatriot and second seed Anders Antonsen and Chinese Taipei’s Wang Tzu Wei, who won their group meeting 23-25, 21-12, 21-9.

Meanwhile the BWF has announced a partnership with Creative Technology that will enhance the experience of watching badminton matches by bringing the audience closer to the action through holographic audio.

Starting tomorrow at the World Tour Finals in Bangkok, live and delayed matches on BWF’s YouTube channel will be enhanced with SXFI LIVE, which adds audio holography and recreates the soundstage of a premium multi-speaker system in a pair of normal headphones.

The sound is processed in real time at the source of the live stream, so fans will be able to enjoy the lifelike effects regardless of the headphones they wear when watching the live streams on YouTube.

BWF Secretary General Thomas Lund commented: “The BWF has learned some valuable lessons about content curation in the absence of live events.

“As we begin 2021 with the possibility of some of our events hosted without live audiences, such as in Bangkok this week, we are delighted to partner with Creative to enhance the audio fan experience, even when virtual.”

“By transforming the audio quality right from the source, we bring the best seat in the badminton arena, smashes, flicks and all, to the fans in the comfort of their own homes.

“This is as close to the real thing as it gets, short of the fans returning to the arena.

“Aside from creating the spatialization and improving the immersion, SXFI LIVE will let people hear more details from the matches, through an ultra-wide soundstage compared to regular audio.”