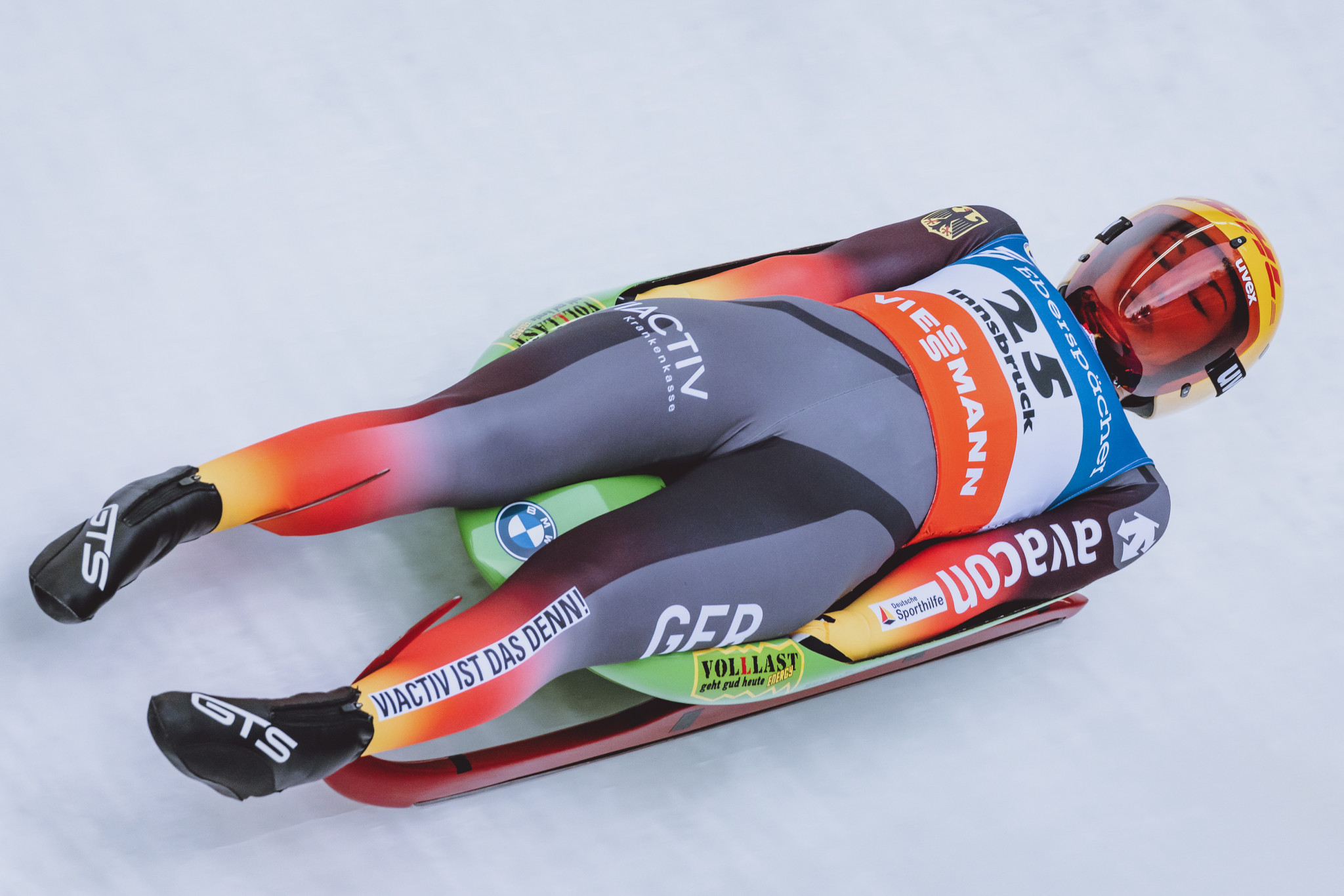 Nico Gleirscher and Julia Taubitz were the respective winners of the men and women’s sprint events at the Luge World Championships in Königssee in Germany.

Austria’s Gleirscher clinched his first world title with a time of 38.375secs in the men’s sprint race.

It was a family affair, with brother David finishing third in 38.417.

Russia's Semen Pavlichenko finished in between the two siblings in 38.416.

The women's sprint title went to Taubitz, the reigning World Cup champion in the women's singles.

She recorded the winning time of 39.101 to upgrade the world silver medal she achieved in 2019.

Germany also enjoyed success in the doubles sprint after Tobias Wendl and Tobias Arlt won in 39.126.

They were followed by Latvia's Andris Šics and Juris Šics in 39.140, while fellow Germans Toni Eggert and Sascha Benecken finished in 39.161 to place third.

Two runs in the men's and doubles contests are then scheduled for tomorrow, followed by two runs in the women's event and the team relay on Sunday (January 31).

The World Championships had been due to take place in Calgary and Vancouver in Canada, but the event was moved to Germany as a result of the COVID-19 pandemic.