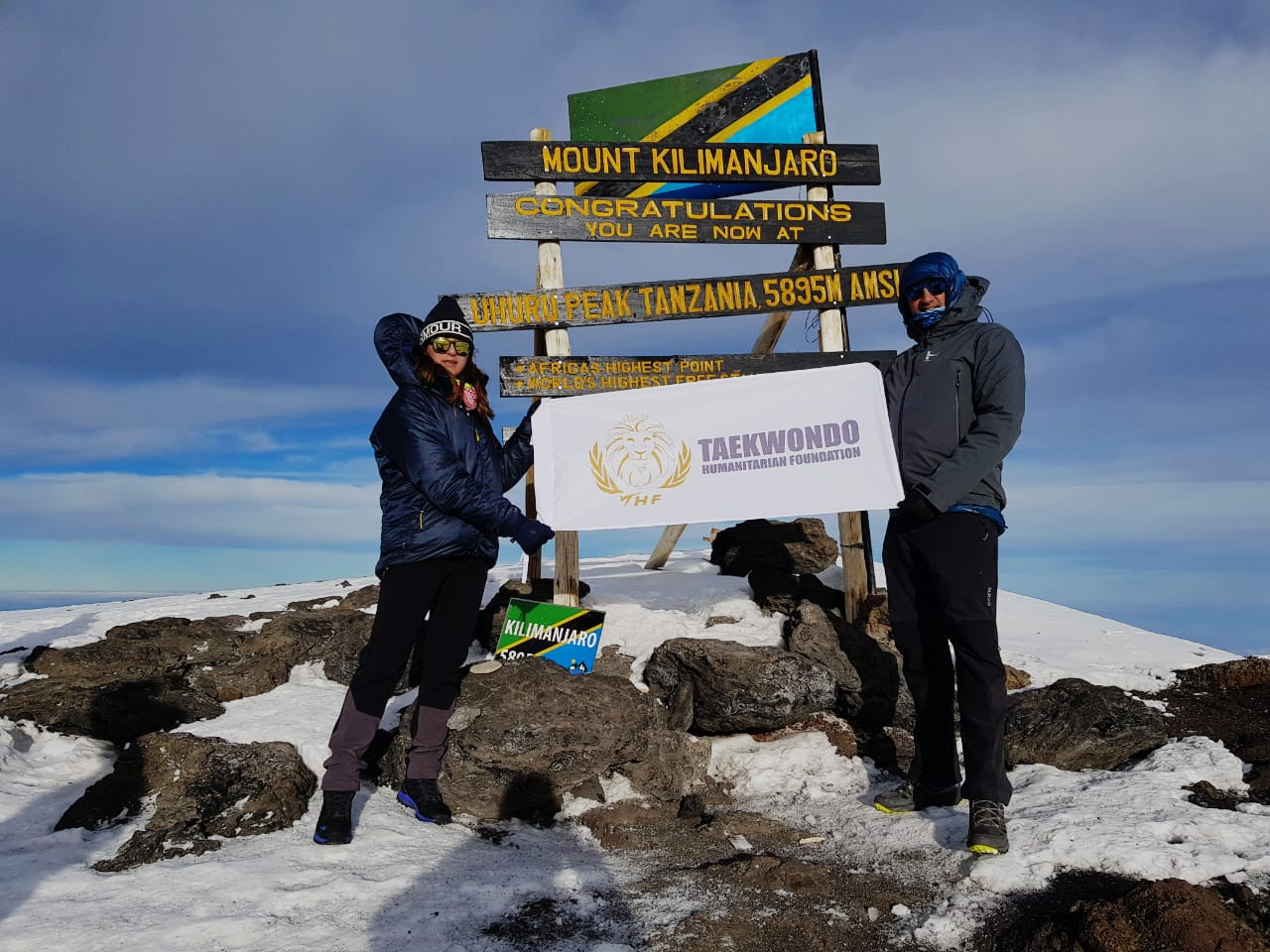 The THF's Middle East and North Africa coordinator was part of a group which made it to the summit of Africa's highest mountain after nearly a week of climbing.

She unveiled the THF flag at the peak which measures in at 5,895 metres.

Kilimanjaro is the highest free-standing mountain in the world with Al Asa'ad's expedition to Tanzania led by Jordanian mountaineer Mostafa Salameh, a former refugee who became the first Jordanian to scale Mount Everest.

The THF works to teach taekwondo to refugees and displaced people around the world and its flagship academy is at Jordan's Azraq camp, which is home to Syrians who have fled the conflict in their country.

"I would like to send a message to support the refugees in all refugee camps around the world," said Al Asa'ad.

"To achieve their dreams and aspirations by practicing sport that develops their bodies, minds, and their self confidence, that teaches them tolerance and sport's ethics, and enlighten their lives with hope for a better future."

Sponsorship for the trip was provided by G Global Marketing and Business Management and Tatweeg news, and the ascent received backing from World Taekwondo and its President Chungwon Choue.

It was Choue who first announced the creation of the THF on the International Day of Peace in 2015, during a speech at the United Nations in New York City.

"The mountain that has inspired the African continent on its journey to freedom, today its inspiration extends to reach all the world's refugees, renewing hope in them and promising them a better tomorrow," Al Asa'ad added.

"From here I send a message to all the refugees of the world as stated by Ibrahim Nasrallah in his book Souls of Kilimanjaro.

"Every person has a summit that he/she must ascend, otherwise he/she will remain at the bottom, no matter what he/she ascends from the top."

The THF at Azraq could produce a Tokyo 2020 Olympian this year with Wael Fawaz Al-Farraj, the project's first black belt, bidding to be part of the Refugee Olympic Team in the Japanese capital.

Paris 2024 is also a target for the athletes training at the facility.

Salameh is one of the few people to have completed the Explorers Grand Slam, meaning he has visited both the North and South Poles and the Seven Summits - the highest mountains on each continent.

Donations for the THF can be made here.