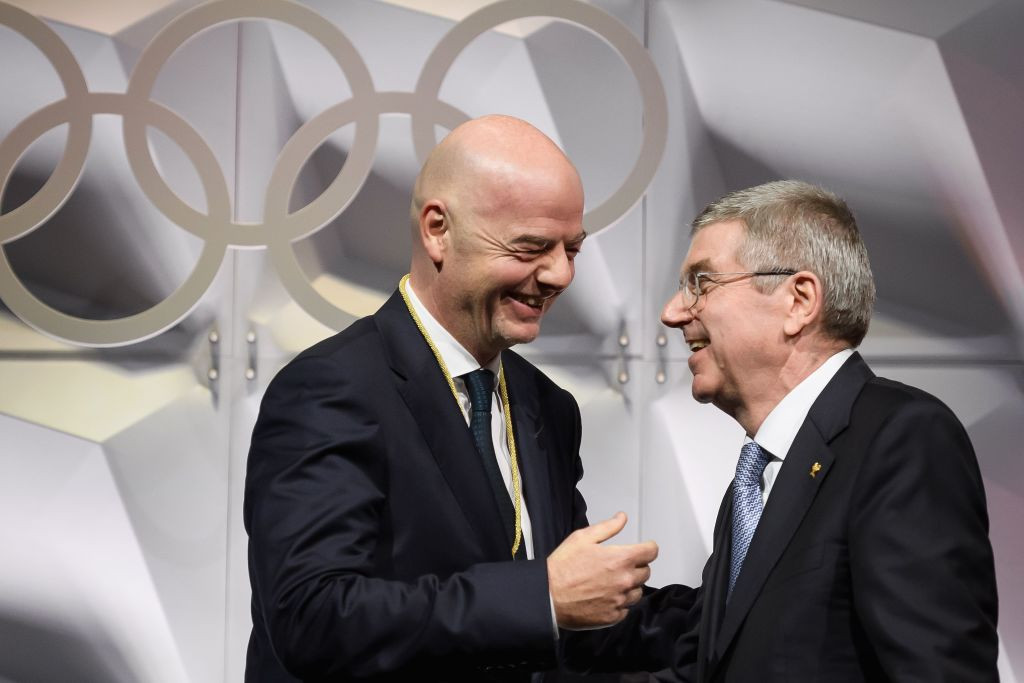 The International Olympic Committee Executive Board has rejected a complaint made against Gianni Infantino by a sports management company who had called for him to be suspended for alleged breaches of the Olympic Charter.

Swiss company Sport 7 lodged the complaint in November, claiming Infantino, who became an IOC member in January 2020, and the FIFA management had violated "a whole host of provisions protecting sport, its integrity and that of the athletes" regarding transfer regulations.

But the IOC Ethics Commission ruled the complaint, filed by Swiss lawyer and Sport 7 principal partner Philippe Renz, fell outside of the scope of the IOC's Code of Ethics.

"The IOC Ethics Commission noted that the complaint relating to the players’ transfer market is in no way connected with the relations between the IOC and FIFA, but rather with the management of this organisation, which is the exclusive remit of the International Federation," the IOC said.

"Concerning the allegations regarding the management of FIFA and in particular the players’ transfer market also made against Mr Gianni Infantino, the IOC Ethics Commission noted that the complaint referred only to a general analysis linked with the management of this International Federation, which is outside the scope of application of the IOC Code of Ethics.

"Therefore, in the absence of evidence of any specific facts of which Mr Gianni Infantino could be personally accused, the IOC Ethics Commission recommended that the complaint shall be rejected."

The recommendation from the Ethics Commission that no action be taken against Infantino was endorsed by the IOC Executive Board, which has the final say on alleged ethics breaches.

The ethics complaint was the latest allegation of wrongdoing levelled at Infantino, who is into the second year of a four-year term as FIFA President that he was given in 2019.

Infantino remains the subject of a criminal investigation in Switzerland after proceedings were opened against him in July over his relationship with Swiss Attorney General Michael Lauber.

The case centres on undocumented meetings that Lauber and Infantino are alleged to have held in 2016 and 2017.

Infantino has insisted his innocence, saying the meetings "were in no way secret and most certainly not illegal".

FIFA's Ethics Commission has also cleared the organisation's leader after opening and then closing an investigation.