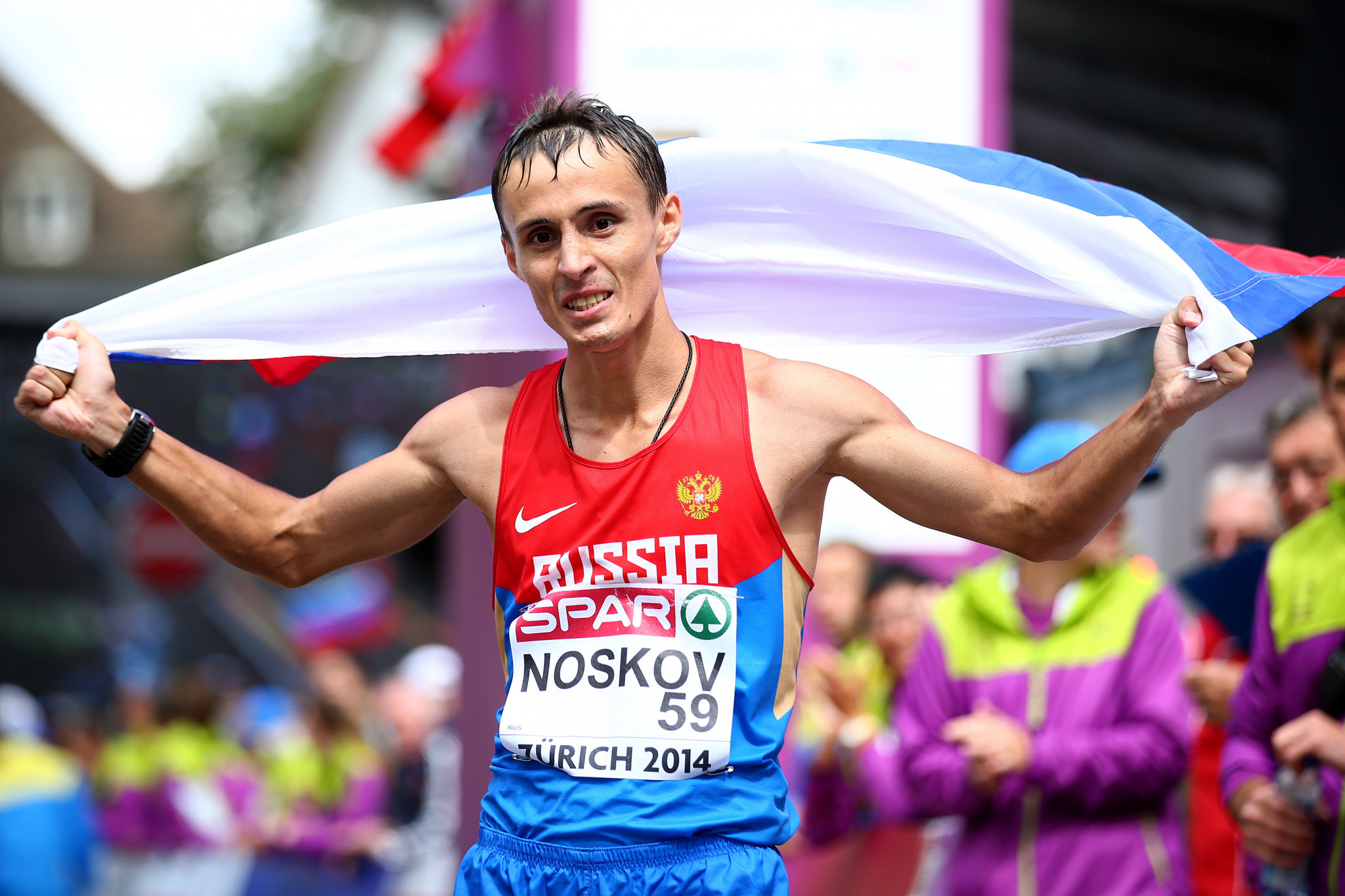 Russian racewalker Ivan Noskov has been stripped of his team gold medal from the European Race Walking Cup after a reanalysis of his doping test sample showed a banned substance.

The Athletics Integrity Unit (AIU) announced that all of Noskov's results from January 29 to June 2 2015 had been annulled, which included the European Race Walking Cup in Murcia in Spain.

According to the AIU, a re-test of Noskov's sample showed the presence of erythropoietin (EPO), a performance enhancing drug, leading to his results to be wiped.

This does not affect his results at the 2014 European Championships, where he won the bronze medal.

Noskov was also an individual silver medallist in the 50 kilometre walk at the same competition, with his performance helping his team win the team title.

He finished behind team-mate Mikhail Ryzhov - who won the individual gold medal - and Roman Yevstifeyev, who finished fifth.

Ryzhov, winner of the 50km silver medal at the 2013 World Championships, was also banned for four years following an out-of-competition test in 2015.

Noskov was previously disqualified for the use of EPO and handed a four-year ban, which expired on July 14 last year.

This latest re-test backdates his doping use to at least 2015, nullifying his results during this period.

More than 25 leading Russian walkers have been banned for doping violations in recent years, including two other Olympic champions.