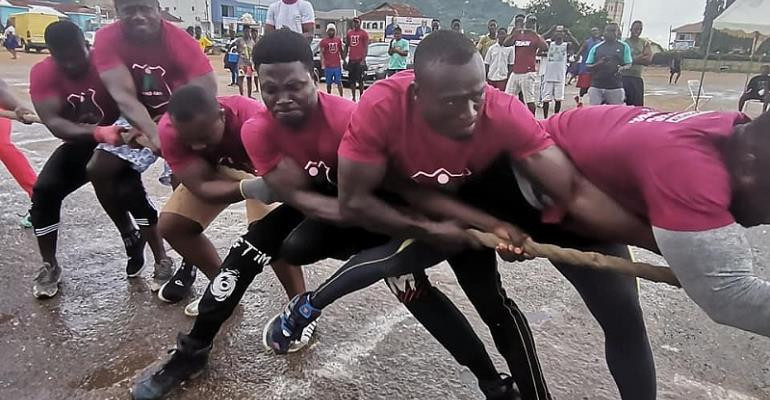 Tug of war is the latest sport to lobby for inclusion in the 2023 African Games in Ghana.

Hockey and cricket have both recently launched campaigns to be included on the programme, which still must be announced.

The Ghana Tug of War Association (GHATOWA) has now revealed that it hopes they will be considered.

Like cricket, tug of war has never appeared in the African Games before, but the event has a record of including sports on the programme that are popular in the host country.

Netball was included in 2011 when Maputo in Mozambique hosted the Games, petanque, pharaoh boxing and nzango at Brazzaville 2015 and snooker at Rabat 2019.

Tug of war appeared in the second edition of the Olympic Games at Paris in 1900.

It appeared in every subsequent Olympics until it was dropped after Antwerp 1920.

"Tug of war is a team sport, with no individual stars, every player is a superstar with strength, stamina and skill," GHATOWA secretary Sarah Awini said.

"Sportsmanship is at the highest order in tug of war."

Final dates and sports have still to be announced for the event, which is expected to be held in Accra, Kumasi and Cape Coast.