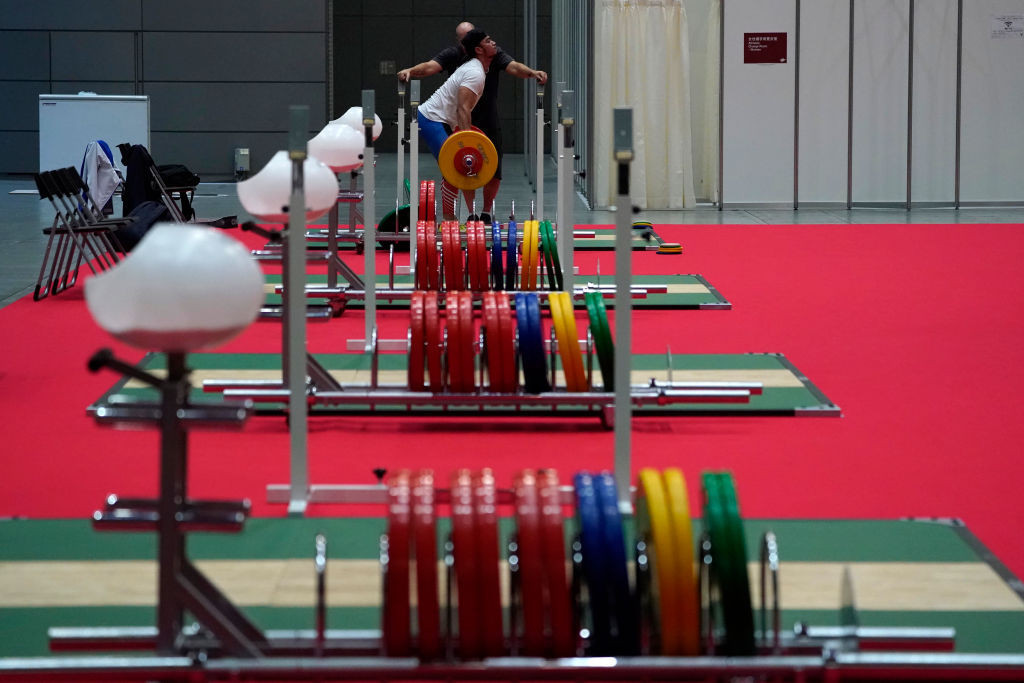 Weightlifters whose Olympic qualifying hopes have suffered because of the COVID-19 pandemic could be helped by the creation of two new events in May - one live and one virtual.

The live event, open to athletes unable to compete at their own Continental Championships, would run concurrently with the Junior World Championships in Saudi Arabia and the virtual one would be on May 31, the last day of qualifying for the delayed Tokyo 2020 Olympic Games.

The changes to the calendar would also compel all athletes to provide their whereabouts information to anti-doping authorities from April 1, including those who are not entered for a competition because of postponements and travel restrictions.

Many weightlifters on the International Weightlifting Federation’s (IWF) Olympic rankings lists have spent more than a year without fear of being tested.

The suggestions come from an 11-page document, that can be viewed here, which has been drawn up by three candidates in the forthcoming IWF elections who worked together on plans for the sport at the Tokyo 2020 Olympic Games.

The paper has been sent to the IWF Executive Board with the clear message that no eligible athlete should be "materially disadvantaged by COVID-19 and its consequences".

While the IWF Board has yet to discuss the document one of its members, the triple Olympic champion Pyrros Dimas, has already shown support for it.

Dimas, President of the Greek Weightlifting Federation and technical director of USA Weightlifting, sent an email to Curtain, Goegebuer and Adamfi, saying: "I welcome the solutions that have been detailed - they are fair and equitable given the complexity of the situation.

"With the pandemic causing disruption to many events, it is great that you have found an outcome that works in the best interest of all stakeholders and provides fair opportunities for eligible, clean athletes."

In addressing that disruption - no competitions for more than a year and no guarantee that events in April and May will run to plan - Curtain, Goegebuer and Adamfi said: "Swift and decisive action is needed in the interest of athlete welfare.

"Athletes and Member Federations should be advised immediately if the participation status of the upcoming qualifying events (in April and May) is obligatory or optional."

The qualifying period has been extended until May 31 but two Continental Championships and another important qualifying event have been postponed and there are worldwide uncertainties over travel.

Although the IWF has known for many weeks that there would be no Oceania Championships before Tokyo 2020, no "plan B" has been announced and weightlifters have no idea whether they will be at a disadvantage if they are unable to compete again before qualifying ends.

Under the latest IWF rules all athletes must compete at least once in the final period of qualifying, which began last October but has yet to feature a single competition.

The chances are not the same for everybody.

Oceania’s big event will not be held until after the Olympic Games, and other athletes are unable to travel because of Covid-related restrictions in their own country.

The situation in Italy, where a strict lockdown has been imposed in many regions, could have far-reaching consequences for the European Championships due to start in Russia in just over two weeks.

There is also a huge financial burden on some individuals and Federations, as the plan’s authors pointed out.

For example Mona Pretorius, a South African who lives in New Zealand, would have to pay quarantine costs as well as flights to Madagascar to compete in the African Championships, which have been postponed to May 16 to 22.

Curtain, Goegebuer and Adamfi say their updated qualification system reflects "fairness, certainty, and opportunity for eligible athletes", as well as strengthening the approach to anti-doping and athlete whereabouts information.

Athletes could register for the virtual competition if they doubted their ability to travel or had fears over health risks.

The European Championships in Moscow from April 3 to 11 will be the first qualifying event anywhere in the world for 13 months, but because Italy and other European nations are seeing a rise in COVID-19 cases, there are no certainties about who will be there.

Under current rules, athletes must compete six times across various qualifying periods but the new plan would cut that number to five.

Any athlete unable to compete at a "gold" Continental Championships could compete at the new "gold" live event in Saudi Arabia in the last week of May, or the virtual event which would also have "gold" status.

Athletes who were born in 2000 would be able to compete in the live competition.

They missed the chance to gain "gold" points at last year’s World Junior Championships because the event was cancelled, and they are now too old to compete as juniors.

The virtual contest would not feature an actual lift: it would be a result calculated from the best previous performances in qualifying.

But that option is open only if athletes sign up to "whereabouts" conditions (stating where they will be at any given time) for out-of-competition testing from April 1 to May 31.

Those who enter an IWF competition must comply with "whereabouts" rules for two months - or three months for an IWF World Championships - but because there have been no competitions for so long, hundreds of athletes have been tested only if their own national anti-doping body is proactive.

An amended qualification system that did not compel athletes to comply with whereabouts regulations would be "wrong and high-risk" say the new plan’s authors, who point out that the IWF’s anti-doping approach "to protect the clean athlete should not be filtered or jeopardised in any way".

The International Testing Agency should conduct additional out-of-competition testing once all the whereabouts information was provided, they suggested.

Curtain, Goegebuer and Adamfi also stressed that changes to the existing system - which was praised by the International Olympic Committee President Thomas Bach - should be minimal.

There was no need to change the first two phases of qualifying that covered the period from November 1, 2018 to October 31, 2019, as they were not affected by COVID-19.

The authors also stated that any changes to the qualification system, available here "must consider and address the possibility of future event cancellations and/or the restricted participation of athletes due to COVID-19".