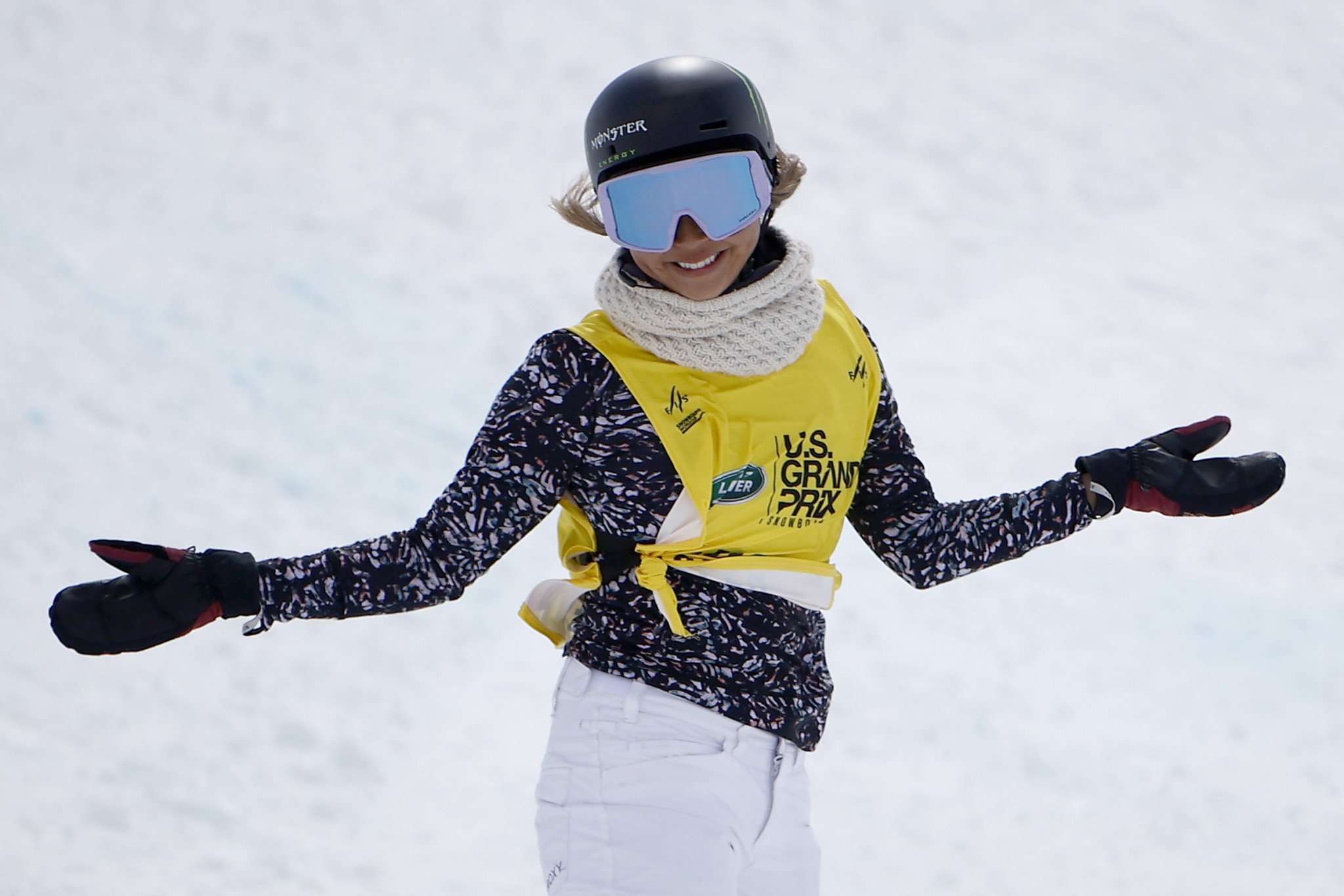 Japan's Sena Tomita claimed the bronze medal for a second time this season with a score of 82.50.

Katayama, who missed the entire 2019-2020 season due to injury, returned to the podium for the first time in three years.

Running alongside the Snowboard World Cup was the FIS Freestyle Ski World Cup, with American Aaron Blunck and Canada's Rachael Karker winning the sole events in this season's halfpipe competition.

In the men's event, Colorado native Blunck won a tight contest, scoring 96.50 ahead of Canada's Brendan Mackay on 95.00.

Victory for the 2019 world champion sealed the halfpipe World Cup title, with Aspen the only competition in the discipline to be held this season due to the COVID-19 pandemic.

Canadian Karker pulled out a terrific last run to secure the gold medal in the women's event, scoring 93.25.

Britain's Zoe Atkin was her closest challenger, with the teenager finishing on 91.50 for silver.

Olympic bronze medallist Brita Sigourney was the top American in third, scoring a best of 89.00.