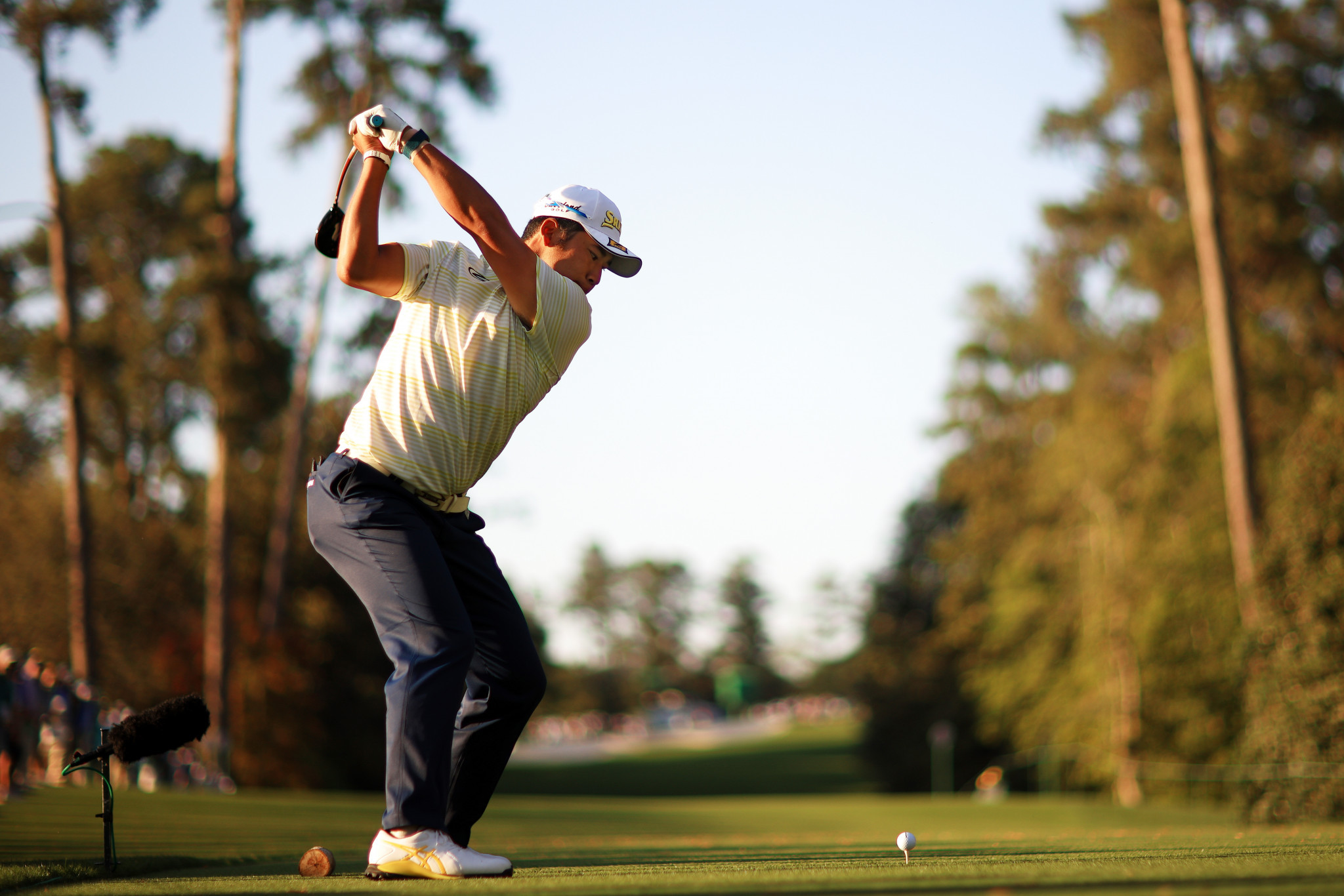 Hideki Matsuyama held his nerve to win The Masters by a single shot and become the first Japanese man to win a golf major.

The one-stroke victory belies how little drama there was for much of the final round, as Matsuyama - who began the day four shots ahead of the field at Augusta National Golf Club - rarely looked in danger of being caught.

Matsuyama finished 10 under par for the tournament, with American Will Zalatoris second on his Masters debut, one shot behind.

The Japanese player went out in 34 on the front nine, two shots under par, and looked to be strolling to the title until the 15th hole.

Matsuyama found the water after overcooking an aggressive approach shot, leading to bogey and appearing to open the door for playing partner Xander Schauffele, who was then only two shots behind following a run of four consecutive birdies.

However, Schauffele of the United States promptly sent his tee shot into the drink on 16 and made a triple bogey, ending his hopes of a maiden major.

Matsuyama also made bogeys on holes 16 and 18, but a convincing par on 17 steadied Japanese nerves and the final putt of little more than a foot was rolled in without much fanfare.

A brilliant seven-under round of 65 yesterday was how Matsuyama came to lead the event, and that lead was not to be relinquished.

Schauffele finished in a tie for third place with compatriot and former champion Jordan Spieth, three shots behind the winner.

Spain's Jon Rahm shot 66 today, the lowest final round, and place fifth at six under along with Australian Marc Leishman.

Justin Rose, the English Olympic champion who led by four shots after round one and a single stroke following round two, carded a disappointing 74 and ended seventh, five shots under par for the tournament.

Matsuyama's historic victory will serve to raise his profile ahead of a home Olympics later in the year, where there will be high hopes for his success.

Before this week, Matsuyama had five PGA Tour wins and four top-five finishes at majors - but none of those results had come since 2017.