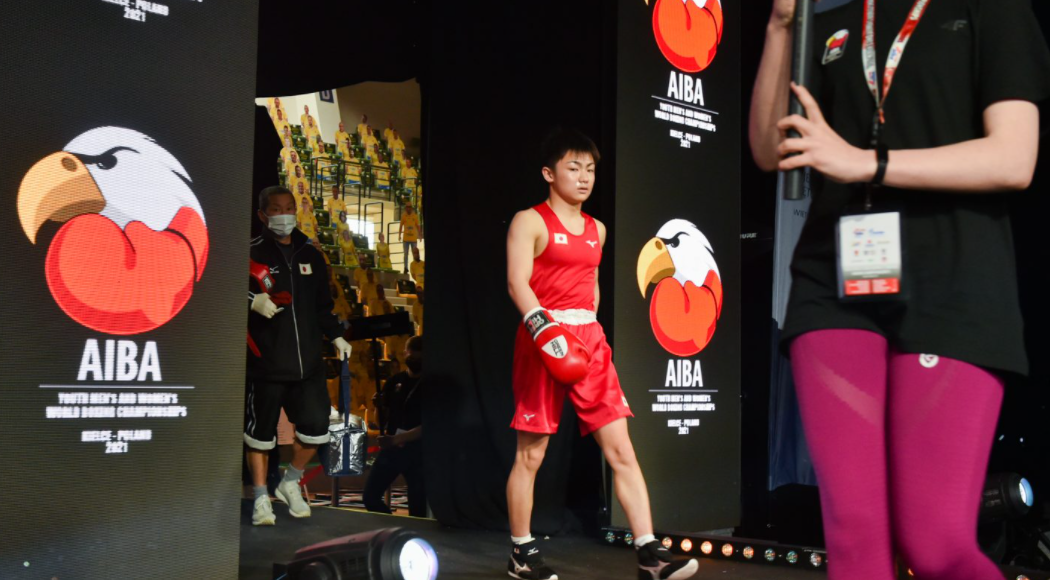 Japan’s 17-year-old Daiya Kira lived up to his promise at the International Boxing Association (AIBA) Youth World Boxing Championships in the Polish city of Kielce as he reached the quarter-finals of the men’s 52kg flyweight class in fine style.

Kira won national titles in 2018 and in 2019 before earning gold at the Asian Boxing Championships in Fujairah, and he is one of four special talents in the Japanese team.

Having won his opening fight against Brazil’s Ronald Ribeiro by Referee Stopped Contest, on the second competition day he faced another South American boxer in Colombia’s Juan Sebastian Palacios.

The talented Colombian was unable to make his longer reach and height advantage tell because of Kira’s incredible speed.

The Japanese boxer landed dozens of effective punches in the bout to earn a last-eight meeting with Uzbekistan’s Shakhzod Muzaffarov, who reached that stage with a win over Kazakhstan’s Kenzhe Muratuly.

The 19-year-old Azeri boxer was forced to take stock after the first round, changing his rhythm and tactics to prevail against his strong Southeast Asian opponent.

Zamanov’s colleague Jalal Gurbanov used his longer reach against Hungary’s Ferenc Samu in the first and second rounds of their 60kg lightweight bout.

The Hungarian produced a great finish but his impressive last round was not enough to prevent Gurbanov earning Azerbaijan’s second win in the session.

Kyrgyzstan’s Zhakshylyk Tilek Uulu put himself into the last eight in the 52kg category with an energetic victory over his larger opponent, Nicaragua’s Nelson Guerrero.

Although Uulu looked tired in the third he held off Guerrero’s grandstand finish to progress.

Kubicka, European youth champion in the 51kg flyweight class, showed all her power in beating Spain’s Gisselly Salcedo, controlling the contest from the first seconds.

Szeremeta’s victory had strong competition in the featherweight class.

India’s Asian youth champion Poonam is an unbeaten fighter who had eliminated Colombia’s Vanessa Arboleda in a great preliminary contest and followed up with victory over Hungary’s Beata Varga.

Poonam caught her inexperienced opponent in the first minute and after the third standing count the referee stopped the unequal contest.

Kazakhstan’s Nazerke Serik and Mongolia’s Nomin-Erdene Tugsjargal, both medallists at the 2019 Asian Junior Championships, were drawn together, with the Kazakh boxer proving ultimately superior.

Women’s boxing in Uzbekistan only began developing in 2015, but now the national team has similar status to that of the men.

The Uzbeks arrived in Kielce with eight women boxers who are all medal contenders and the first two to show their talents were Sitora Turdibekova and Dilfuza Bekova.

Turdibekova, 18, has won an international event in Kazakhstan and claimed further podium places in various countries.

She proved better in all aspects of boxing than Belarus’ Maryna Muliarchyk and won all of the three rounds in each scorecard.

Her teammate Bekova, Asian Youth Championship bronze medallist, used her height advantage well against Hungary’s Rebeka Dobos and she also advanced to the quarter-finals in Kielce.