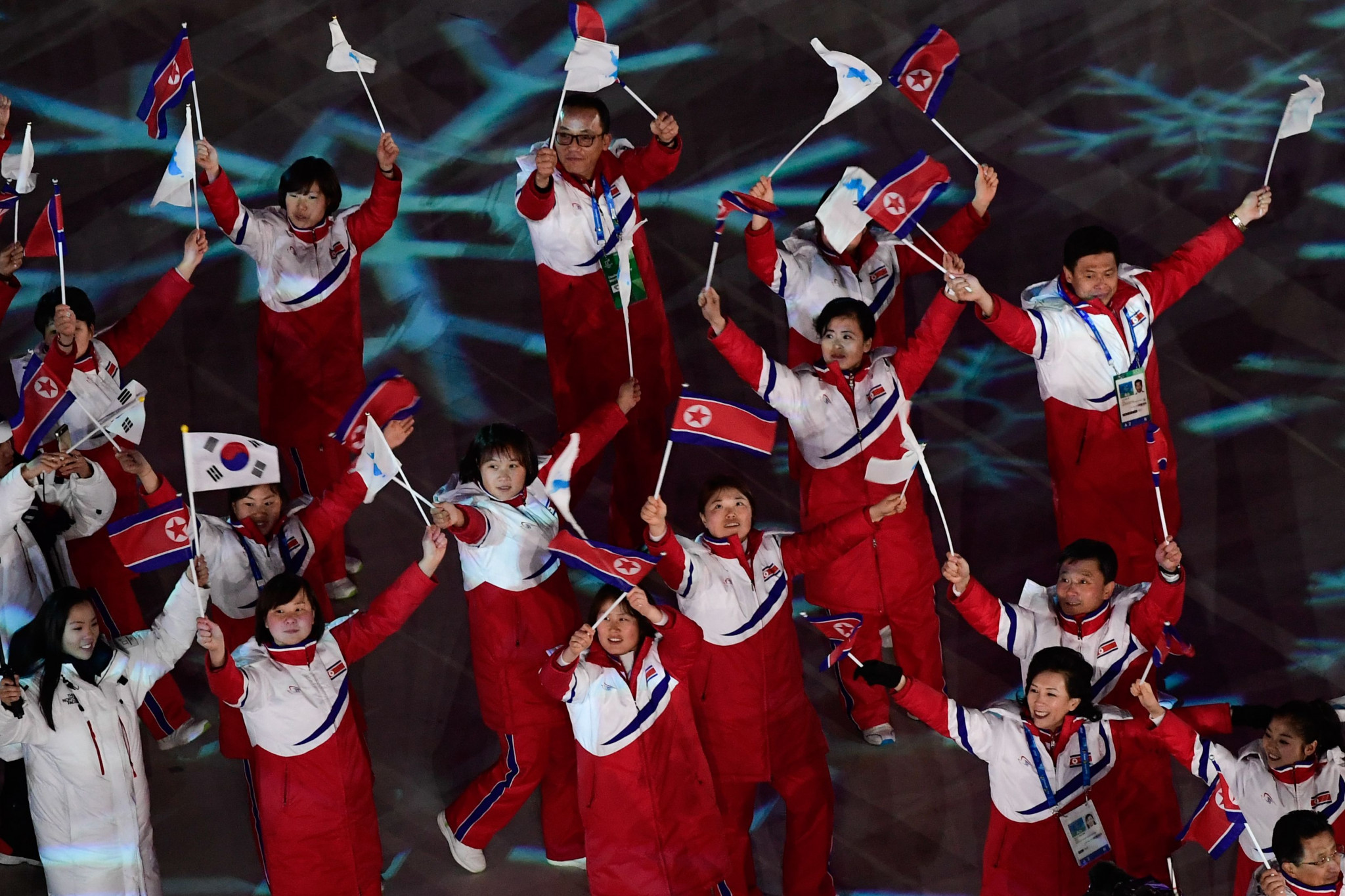 South Korea has expressed hope that North Korea will take part fully in the next edition of the Winter Youth Olympic Games.

The host nation has even proposed to Pyongyang that North Korea could become a co-host.

Relations between the two nations, who are still technically at war, appeared to thaw during the Pyeongchang 2018 Winter Olympic and Paralympic Games in South Korea.

North and South Korea marched together in the Opening Ceremony of the Games, a unified Korean team played in the women's ice hockey tournament and a high-level delegation from North Korea visited Pyeongchang.

The visit paved the way for an inter-Korean summit in April 2018, the first of three summits between President Moon Jae-in and North Korean leader Kim Jong-un that year.

Relations have worsened since, but Gangwon 2024 remains hopeful of North Korean involvement of some form at the Games.

"We are carefully and meticulously preparing for the entire process as we are promoting the joint hosting of the two Koreas," Gangwon 2024 secretary general Kim Cheol-min told South Korea’s Yonhap news agency.

"If there is a discussion between the two Governments, we will make every effort to proceed smoothly.

"The biggest goal of this event is to spread the message of peace on the Korean Peninsula to youth around the world, which is linked to whether or not North Korea participates in the event.

"Above all, the timing of the consultation is important.

"If the co-hosting decision is made quickly, I think I will be able to prepare enough.

"It may also be necessary for the IOC [International Olympic Committee] to certify North Korean facilities, such as Masikryeong Ski Resort.

"We will prepare with different scenarios in mind.

"If the co-host is held, it will take more time to prepare than during the Pyeongchang Olympics."

North Korea’s potential involvement had been a topic of the Pyeongchang Peace Forum in March, while Gangwon Governor Choi Moon-soon has advocated co-hosting the event.

The Gangwon Province, which hosted the 2018 Winter Olympic and Paralympic Games, was chosen to stage the fourth edition of the event by the International Olympic Committee in January 2020.

Gangwon 2024 is expected to use many facilities from Pyeonchang 2018, which it is claimed will ensure a cost-efficient and sustainable Youth Olympic Games.

Mountain sports are set to be held in Pyeongchang with ice events likely to take place in Gangneung.

Competition is tentatively scheduled for January 19 to February 2 in 2024.