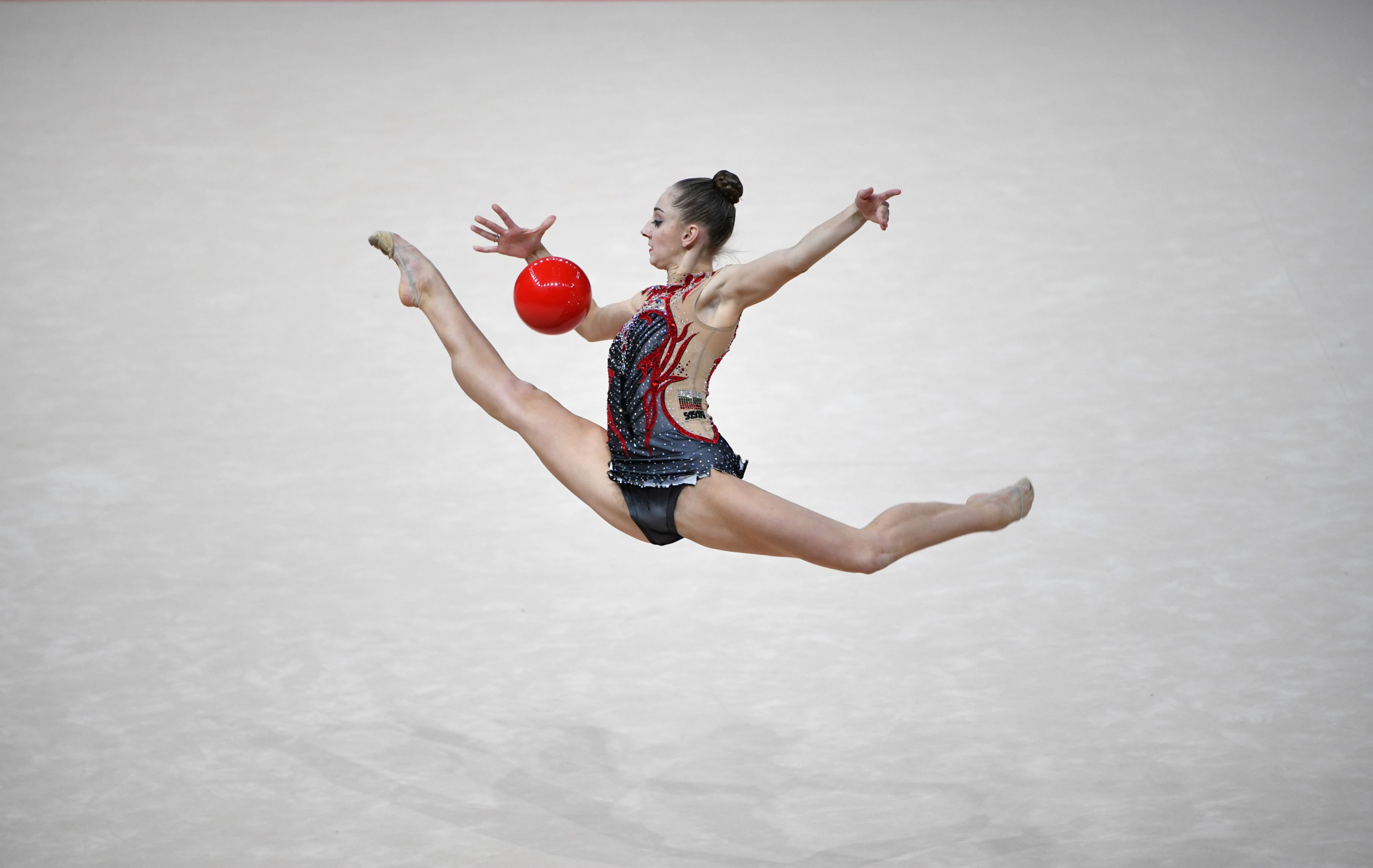 In the five balls final, Bulgaria clinched the gold medal with a score of 45.600, holding off Italy who won silver with a total of 44.550.

A second team medal was won by Bulgaria in the three hoops and two clubs final via a score of 43.150, yet again holding off Italy who were second on 41.900.

Belarus won the bronze medal with a total of 39.850 ahead of Ukraine and Azerbaijan.

Bulgaria claimed gold and bronze in the individual ribbon final too, with the title going to Kaleyn Boryana with a score of 24.300.

Belarus' Alina Harnasko won the silver medal with a total of 23.450 and Boryana's compatriot Katrin Taseva narrowly won the bronze with 21.500 - marginally ahead of Azerbaijan's Zohra Aghamirova.

Yes, it's ? again for Linoy Ashram ?? with the Clubs in her final performance at #RGWorldCupBAKU2021! The Israeli ⭐️'s score held over a strong challenge from ?medallist Boryana Kaleyn ??, while Lala Kramarenko ?? continued her successful World Cup debut with another ?. pic.twitter.com/yNThVFK2K2

Lala Kramarenko of Russia won silver with a score of 26.850, while Harnasko scored 26.600 for the bronze.

Ashram added a second gold medal in the clubs with a score of 27.800.

Fourth was Alexandra Agiurgiuculese of Italy, who earlier had secured the event's other individual gold in the ball final.

Agiurgiuculese scored 26.350 in the tightest contest of the World Cup to win the gold medal; Russia's Daria Trubnikova and Boryana both scored 26.100.

Trubnikova was given the nod for second place based on her execution score.

Kramarenko narrowly missed the medals with a score of 26.000, finishing fourth.