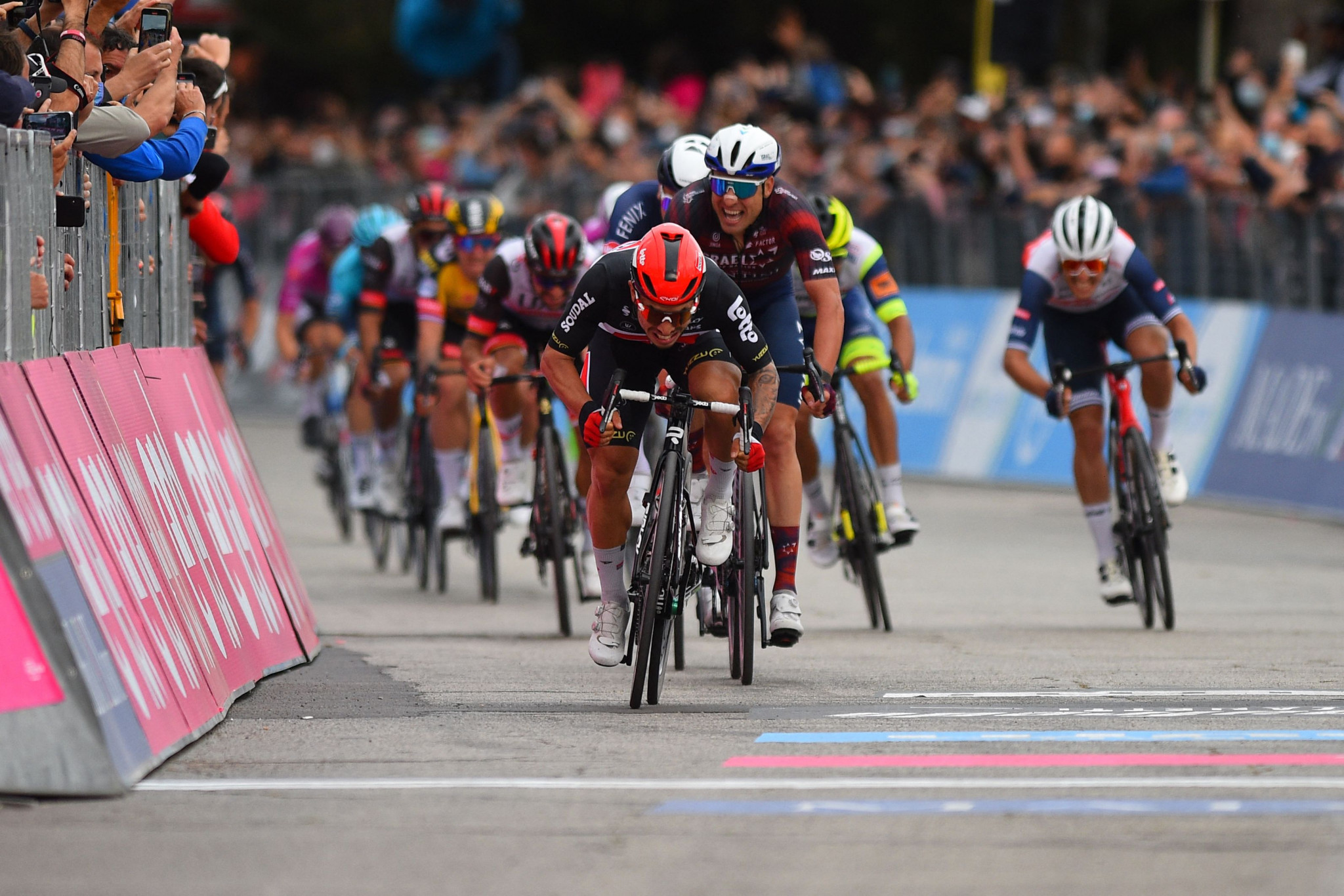 Australia’s Caleb Ewan earned his second stage of the 2021 Giro d’Italia with the sprinter securing a convincing win at Termoli.

The largely flat 181-kilometre seventh stage from Notaresco to Termoli proved a quiet one for the general classification contenders, following the crashes which ruled Spain's Mikel Landa and Russia’s Pavel Sivakov out of the race two days ago and yesterday’s summit finish.

The sprinters were forced to time their effort to perfection at the end of the stage, due to a gradual uphill finish.

Colombia’s Fernando Gaviria was first to launch the sprint, but the UAE Team Emirates rider faded in the closing metres.

Ewan stormed past and pulled clear to earn his second stage win of this year’s race in 4 hours 42min 12sec, after triumphing on Wednesday (May 12).

The Lotto Soudal rider has now won 50 races in his career, including 11 Grand Tour stage wins.

Five of the stage wins have come at the Giro d’Italia.

"I knew it would be a good finish for me," Ewan said.

"Then it was a question of being smart and a lot of team work too.

"All my guys went from a long way out.

"We had to stay in the front for the last 10km.

"The start of the climbing was the most important part.

"It was a super hard finish and I had to go deep to win today.

"My legs were absolutely burning."

Italy’s Davide Cimolai finished second on the same time as the winner.

The top three was completed by Belgium’s Tim Merlier, who won stage two.

Colombia’s Egan Bernal is a further five seconds back in third.

Riders face a 170km stage from Foggia to Guardia Sanframondi tomorrow, prior to Sunday’s mountain stage at Campo Felice.