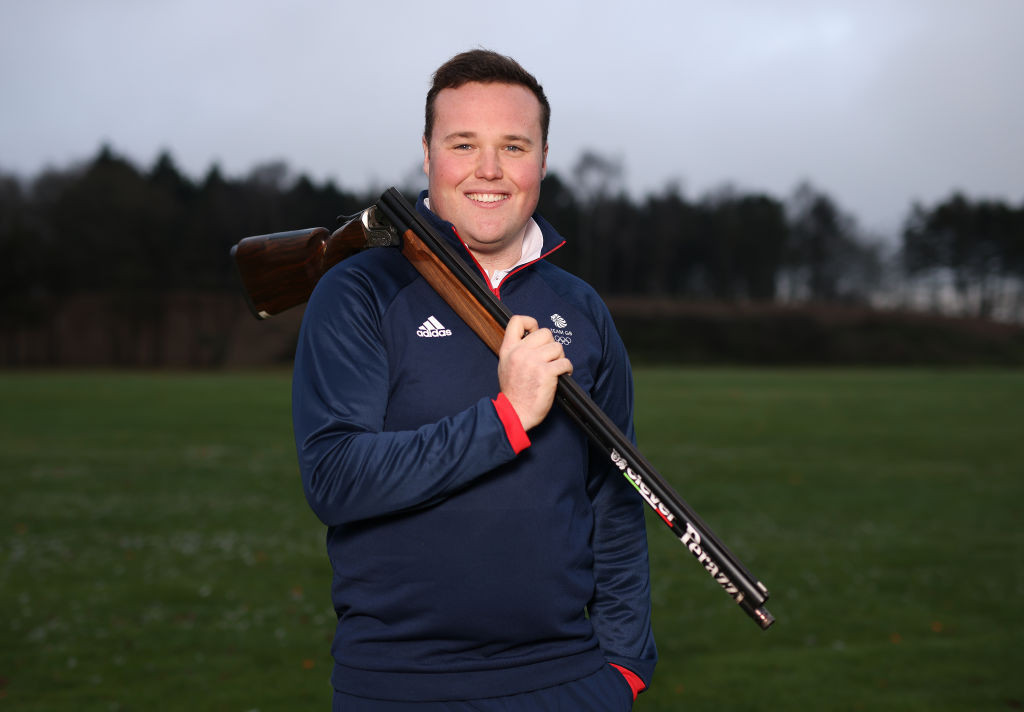 The Britain 1 pairing of Tokyo 2020-bound Matthew Coward-Holley and Kirsty Hegarty hit 39 out of 50 targets in the final to take gold.

Silver went to the San Marino team of Gian Marco Berti and Alessandra Perilli, who scored 34.

With rain falling, conditions were far from ideal when the final was held.

Spain 1 produced an outstanding performance to win the bronze-medal match.

Alberto Fernández and Fátima Gálvez hit 46 out of 50 targets, eight more than the total scored by their opponents Luca Miotto and Jessica Rossi representing Italy 2.

The medal contests went according to form, as the morning’s qualifying had seen Britain 1 top the rankings with a score of 145 - Coward-Holley totalling a perfect 75 and Hegarty 70.

Second place on 145 went to San Marino, for whom Berti scored 74 and Perilli 71.

Spain 1 were third on 142, thanks to 72 from Gálvez and 70 from Fernández, while fourth place went to Italy 2, with Rossi contributing 73 targets and Miotto 69.

Today was the final day of the ISSF Shotgun World Cup - shooting's penultimate World Cup before the Olympics.