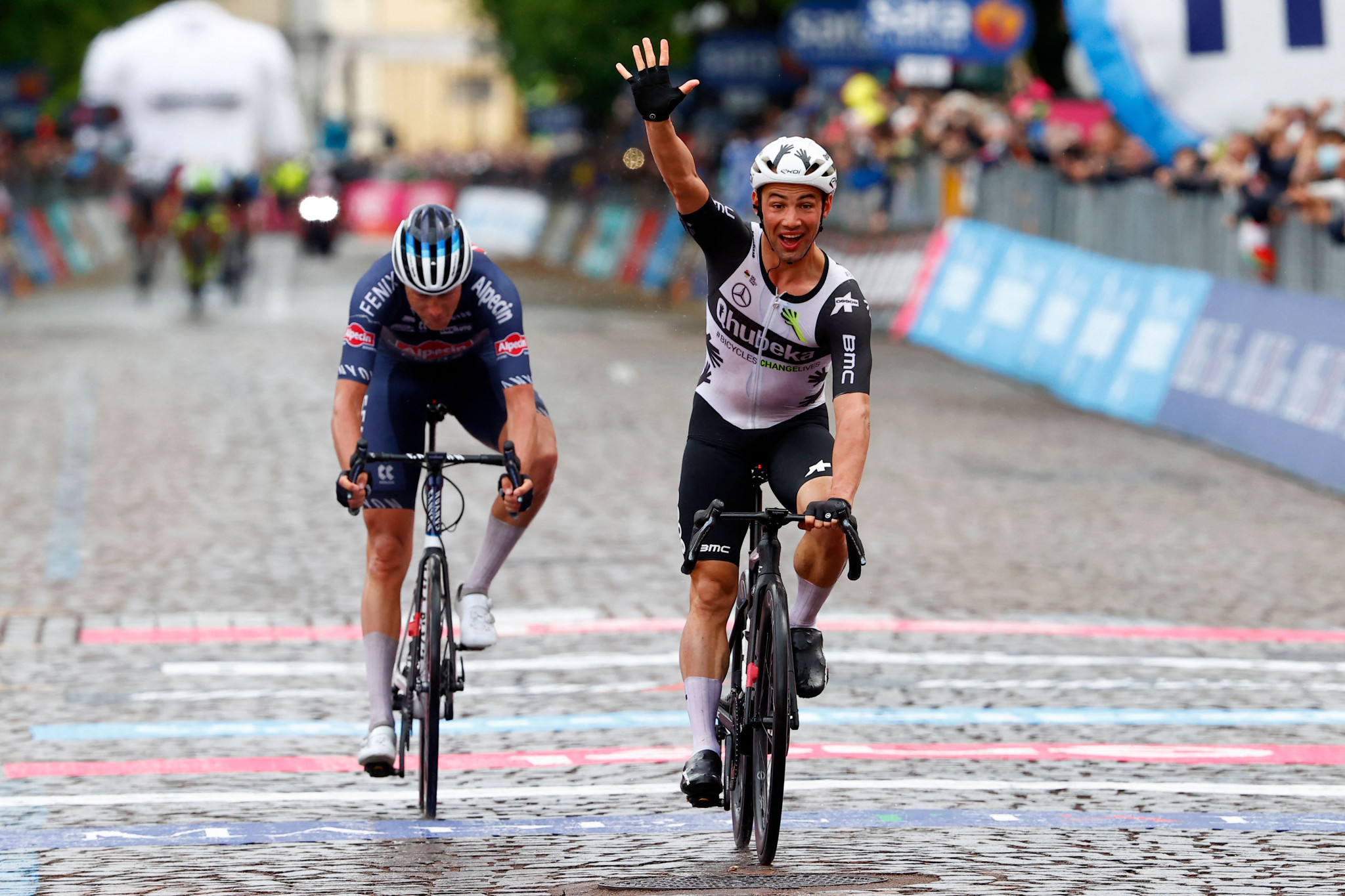 Belgium’s Victor Campenaerts won stage 15 of the Giro d’Italia from a breakaway in Gorizia with Colombia’s Egan Bernal remaining in the race lead.

The 147-kilometre stage from Grado to Gorizia began in dramatic circumstances after a major crash inside the opening five kilometres.

Race organisers were forced to neutralise proceedings for 15 minutes, which allowed medical staff to treat the injured riders.

Germany’s Emanuel Buchmann was among those involved in the incident, with the sixth placed rider overall forced to abandon the Grand Tour.

Eritrea’s Natnael Berhane and Dutch rider Jos Van Emden were also forced out, while Portugal’s Ruben Guerreiro was forced to abandon later in the stage.

The stage was won by Campenaerts, after the Team Qhubeka Assos rider featured in a 15 strong breakaway.

Campenaerts and the Netherlands’ Oscar Riesebeek pulled clear of their compatriots in the move ahead of the final climb.

Campenaerts, who has enjoyed individual time trial success during his career, was able to outsprint Riesebeek to win the stage in 3 hours 25min 25sec.

Riesebeek finished on the same time as the winner in second.

Campenaerts is the third Team Qhubeka Assos rider to win a stage at the race this year, following victories for Mauro Schmid and Giacomo Nizzolo.

"The finale was crazy but for me the start of the race was more important," said Campenaerts.

"We already had a super atmosphere in the team with two stage victories but we remained dedicated to make something beautiful out of the rest of the race.

The general classification group remained together, as they recovered from yesterday’s tough stage to Monte Zoncolan.

Bernal remains top of the overall standings, with the Ineos Grenadiers rider 1:33 ahead of Britain’s Simon Yates, who lies second.

Italy’s Damiano Caruso is 1:51 down in third.