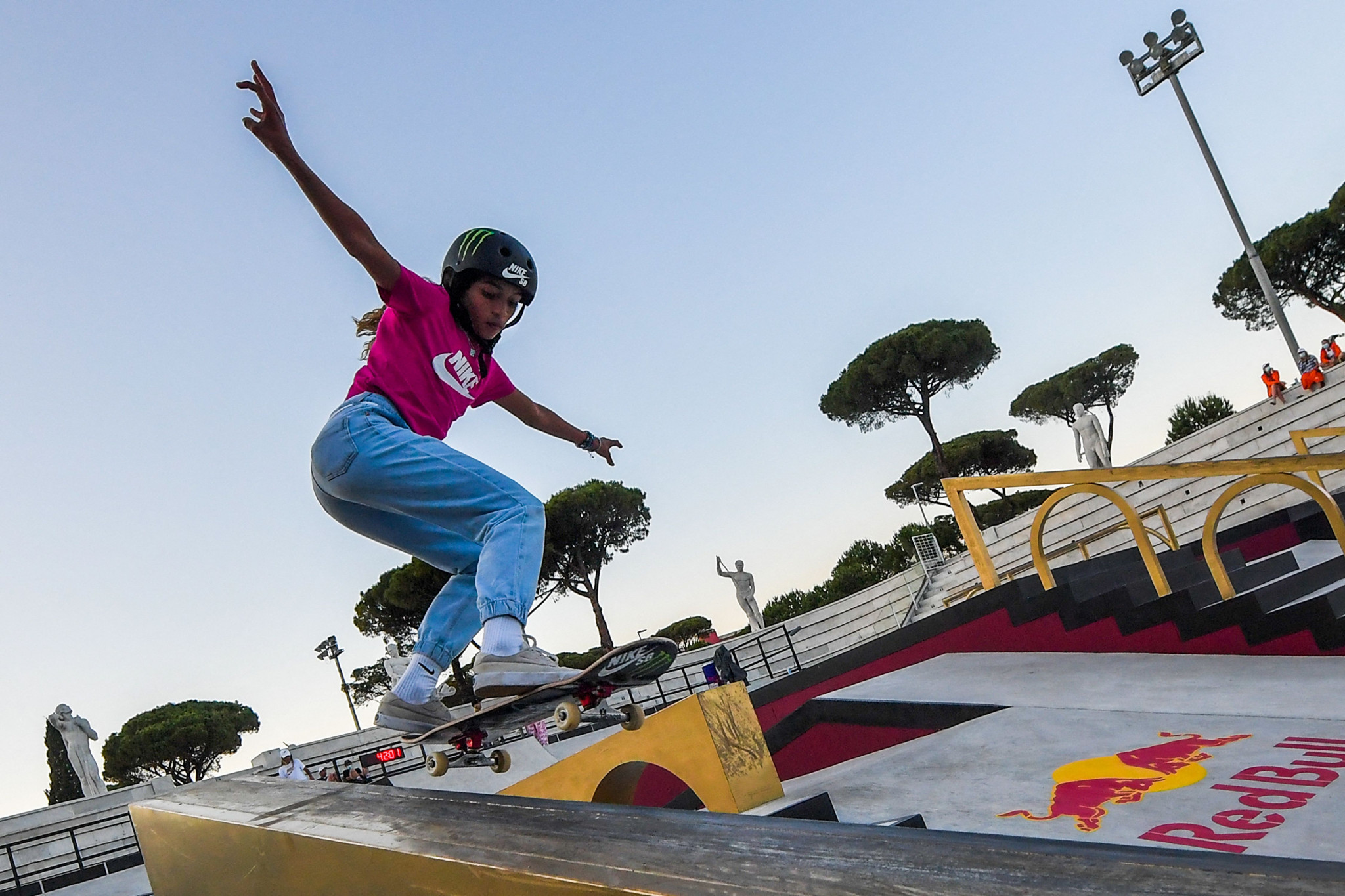 Brazilian teenager Rayssa Leal produced the best performance in the women’s semi-finals at the Street Skateboarding World Championships which is doubling up as a Tokyo 2020 Olympic qualifier.

The 13-year-old skateboarder totalled 14.40 points across seven runs of the course in Italian capital Rome with her best score coming in the second with 3.88.

Japan’s Aori Nishimura came second with 14.24, while compatriot Nuna Nakayama finished third with 13.88 despite pulling off the best score of the day in run four with 4.54.

The trio were among eight skateboarders to advance to the final which is set to be staged on Sunday (June 6).

Leal will be joined by fellow Brazilians Pamela Rosa and Leticia Bufoni who finished with 12.74 and 11.80 respectively.

American Mariah Duran, Roos Zwetsloot of The Netherlands and Momiji Nishiya of Japan also made it through to the final.

The top 29 athletes from the women’s open qualifier, held on Wednesday (June 2), advanced to the semi-final.

Japan’s Yumeka Oda topped the women’s rankings in the open qualifier with a score of 40.22.

In the men’s open qualifier, the top four places were taken by American skaters.

The men’s semi-final is due to be held tomorrow.

Every athlete that finishes on the podium in the men's and women's competition at the event will qualify for skateboarding's Olympic debut.

Olympic ranking points will also be on offer at the World Championships at the Stadio Pietrangeli in the Italian capital's Foro Italico sports complex.

Sixteen men and women will secure a place in the street skateboarding event at the delayed Tokyo 2020 Olympics through the rankings.

Holding the event in Rome forms part of an aim from World Skate to make the Italian city the "Wimbledon of skateboarding."