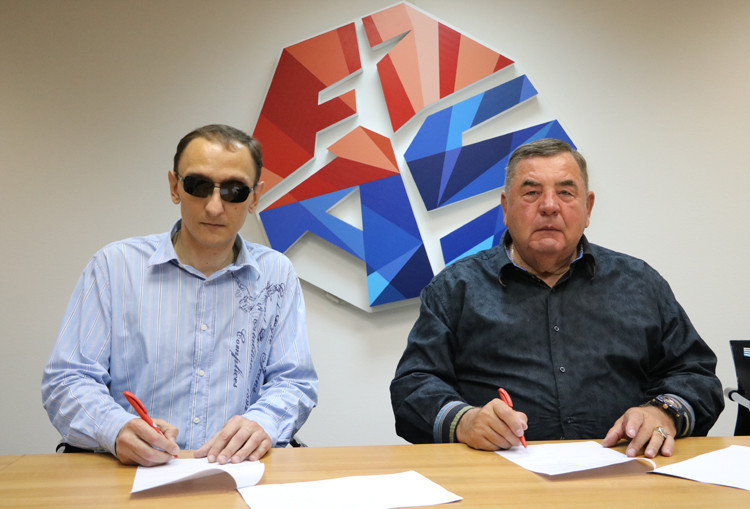 The International Sambo Federation (FIAS) has targeted a place at the Paralympic Games after signing a new agreement aimed at boosting visually impaired fighters.

FIAS penned the cooperation deal with the Sambo for the Blind charitable foundation, with both parties now pledging to promote the sport.

It is the latest step FIAS has taken into blind sambo, with the organisation exploring the possibility of holding its first international tournament in the discipline in 2022.

Vasily Shestakov, the President of FIAS, signed the agreement with his counterpart at the Foundation, Roman Novikov.

"We are interested in promoting sambo for blind and visually impaired athletes and are happy to support the development of this direction," Shestakov said.

"The task set by Roman Novikov and his team is to get into the programme of the Paralympic Games, this task is close to us.

"We have already taken several joint steps in this direction, we will continue to move this way."

Novikov described the agreement as "historic".

"I see a new powerful impetus for joint development, since FIAS and the Sambo for the Blind Charitable Foundation pursue one common goal - the entry of sambo for the blind and visually impaired athletes into the programme of the Summer Paralympic Games," he said.

"I hope that this event will take place in the coming years, and thanks to our joint efforts, we will move towards our goal even faster."

Blind judo currently has a place on the Paralympic programme.

Taekwondo will join for the first time at Tokyo 2020, taking the number of combat sports up to two.