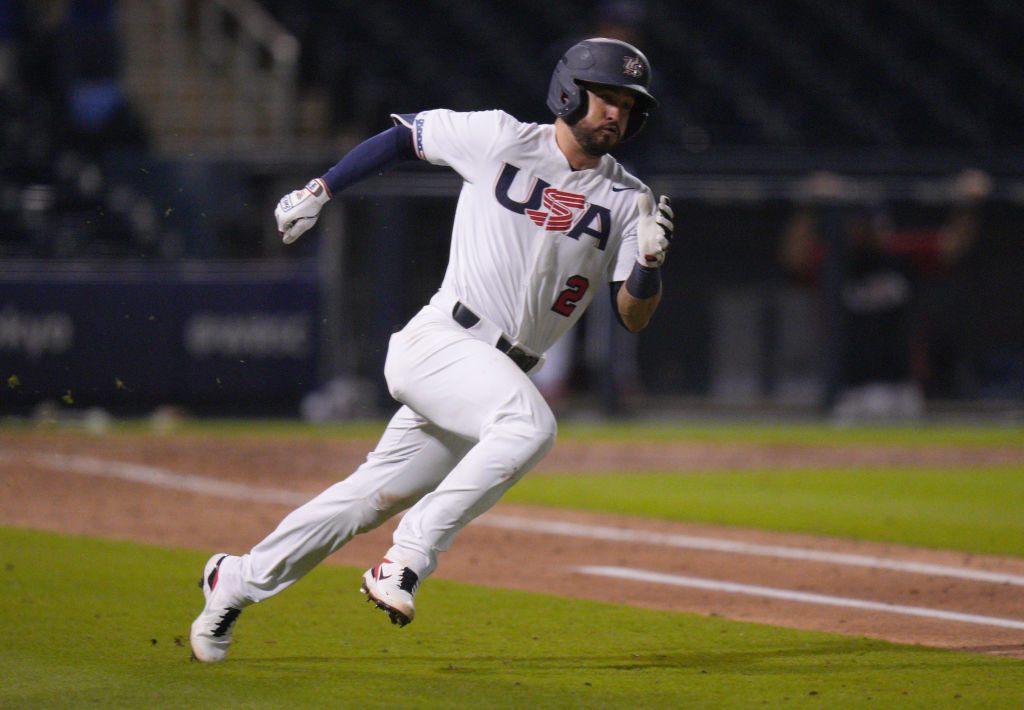 Eddy Alvarez, the first Winter Olympian to play Major League Baseball (MLB), is the only player with Games experience named in the 24-man roster for the United States baseball team at Tokyo 2020.

Alvarez, 31, was part of the US team that won silver in the 5,000 metres relay in short track speed skating at the Sochi 2014 Winter Olympics.

When he made his MLB debut on August 5 last year he also became the first non-baseball Olympian since decathlon legend Jim Thorpe to play the sport at that level.

The roster for the first US Olympic team since the one that won bronze in Beijing 13 years ago - the last time the sport was included at the Games - contains no active MLB players.

Players on 40-man rosters but not active ones had been expected to be allowed to play, but COVID-19 and potential travel restrictions complicated matters and it means some players who helped the Americans qualify are not involved.

But the roster includes some former MLB All-Stars and top minor-league prospects.

Twelve players return from the team that won the Olympic qualifying tournament and officially booked Team USA's place in Tokyo.

Tyler Austin spent time in MLB from 2016 to 2019 with four teams, playing mostly with the New York Yankees.

Austin then signed in Japan and currently plays for the Yokohama DeNA BayStars.

Nippon Professional Baseball is pausing for the Olympics, so its stars can play.

Patrick Kivlehan played in MLB from 2016 to 2018 before re-emerging this season in limited playing time with the San Diego Padres.

Kivlehan is included along with Bubba Starling, who spent parts of 2019 and 2020 with the Kansas City Royals.

Pitching should be a strength of the Americans, as the group boasts two top-100 prospects, two World Series champions and multiple MLB All-Stars.

The prospects are Simeon Woods Richardson and Shane Baz, while Scott Kazmir and Edwin Jackson have a world of experience.

Additionally, David Robertson is seeking to become the first person to win the World Series, World Baseball Classic and an Olympic gold medal.