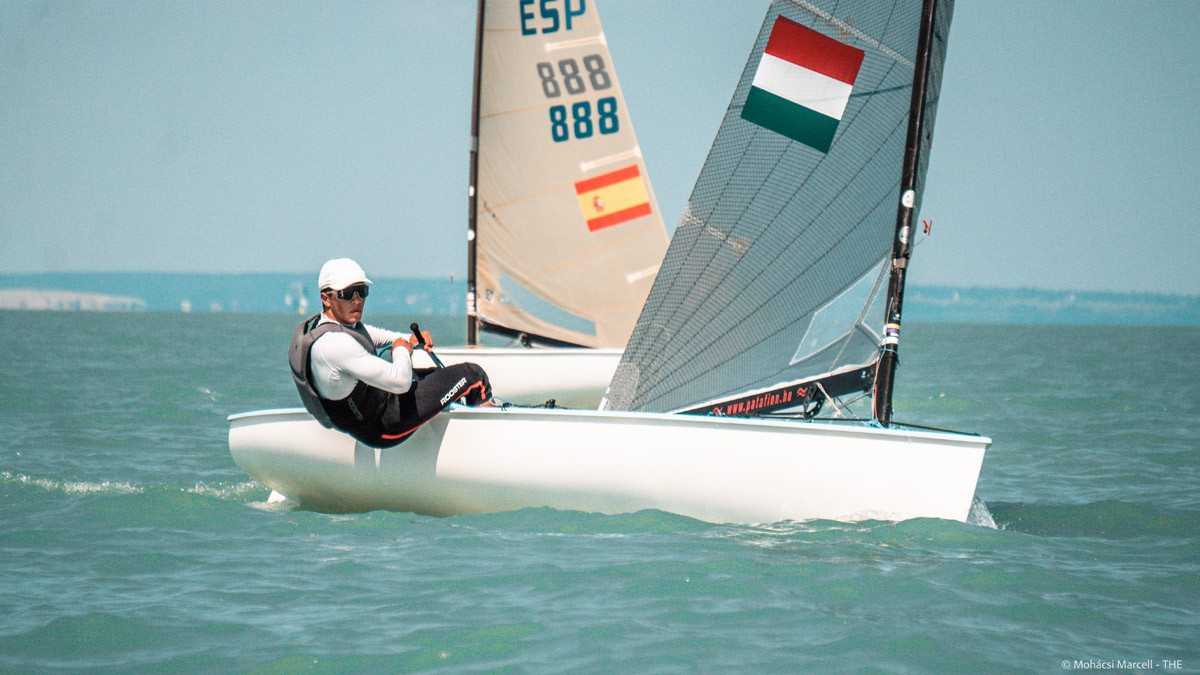 Domonkos Németh remains in control of the Under-23 Finn World Championship on Lake Balaton.

The under-19 athlete continued his tremendous form in home nation Hungary by winning races seven and eight today, and now sits on a net total of seven points.

Brothers Levente and Bence Rácz both had solid days and are second and third respectively, with the top four positions all occupied by Hungarians.

Levente Rácz finished third in both races to overtake Bence Rácz, who placed fourth in the seventh race before discarding a seventh-place finish in the following round.

Compatriot Ábel Szűcs touch with the top three after finishing 11th in race seven, which could be discarded, followed by fifth in the eighth race.

He now sits on a net total of 39, ahead of the Russian Yachting Federation's Mikhail Yatsun, who finished second and sixth today and now has 46 points.

Zsombor Majthényi struggled today, finishing 10th and 15th to fall out of touch of the medals and now possesses 48 points, six ahead of Zoltán Veisse whose fifth- and second-place finishes put him into seventh.

One more day of racing - featuring up to three contests - is scheduled tomorrow.